I have some very good news you can’t afford to miss.

Although the liberals have taken the statewide vote, there are clear rays of hope for the future of Minnesota.

After record-breaking turnout across the nation, Minnesota patriots in many rural and suburban districts have rejected their Socialist state representatives!

Thanks to patriots like you who chipped in to our fundraisers, your Alliance’s hard hitting ads were seen over HALF A MILLION TIMES!

Our ads exposed the radical Leftist candidates who preferred to hide behind cheap words and slick mailers.

And the result of informed Minnesota patriots going to the polls speaks for itself.

Liberty-lovers won a huge victory with Erik Mortensen in House District 55A! 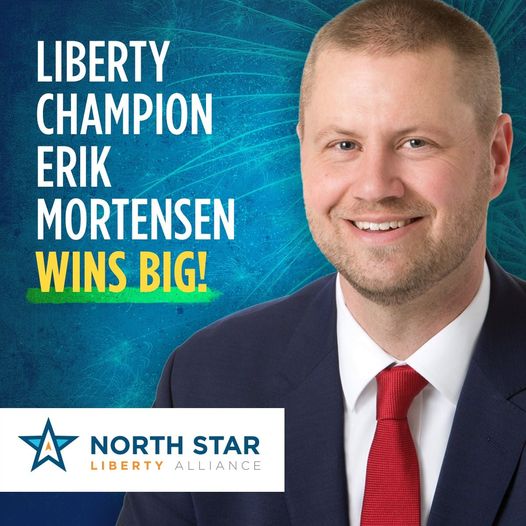 Mortensen is a liberty champion. He signed his Alliance candidate survey supporting 100% of our issues, from standing up for gun rights to opposing all new tax hikes. Mortensen will be a leader for liberty in St. Paul.

Better yet, Mortensen flipped this seat from one of the worst liberals in the Minnesota state house, Brad Tabke.

You see, Brad Tabke was Governor “Tyrant” Tim Walz’s favorite foot soldier. Tabke backed the unconstitutional lockdowns from day one, and has spent every day of his two years in office trying to ram through his liberal agenda. From supporting a bill to let the government install GPS trackers into your car to driving up healthcare costs through taxes and overregulation, Tabke was throwing working Minnesotans under the bus. 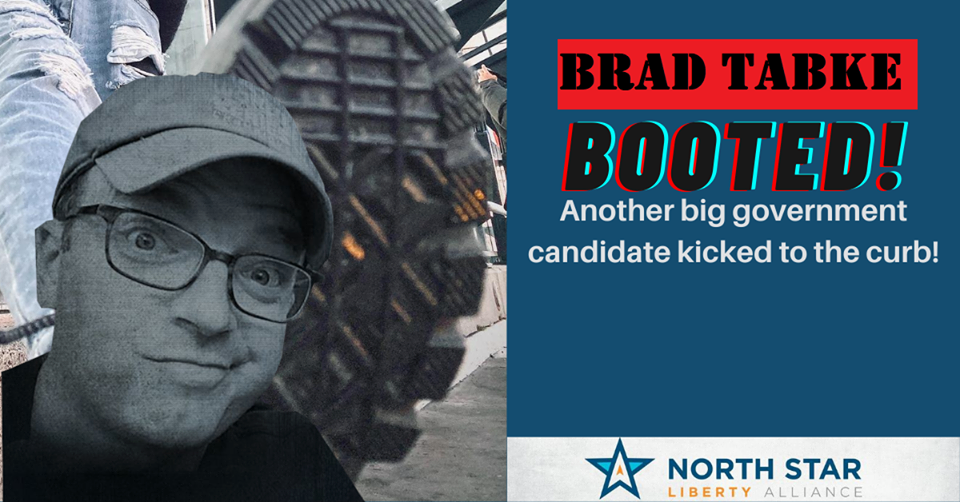 This is all laid out for the voters on this website: www.therealbradtabke.com.

And Tabke hasn’t heard of a tax he doesn’t want to push onto the people of Minnesota. Tabke hiked the sales tax, property tax, gas tax, and tried his hardest to hike the income tax.

In fact, Tabke even said he would “love” for the sales tax to be renamed the “Tabke Tax” -- and we have it on video!

Your Alliance slapped that clip into a video BLASTING ‘Taxing’ Tabke and broadcast it to voters in Tabke’s district where it was seen over 100,000 times across all our digital platforms! 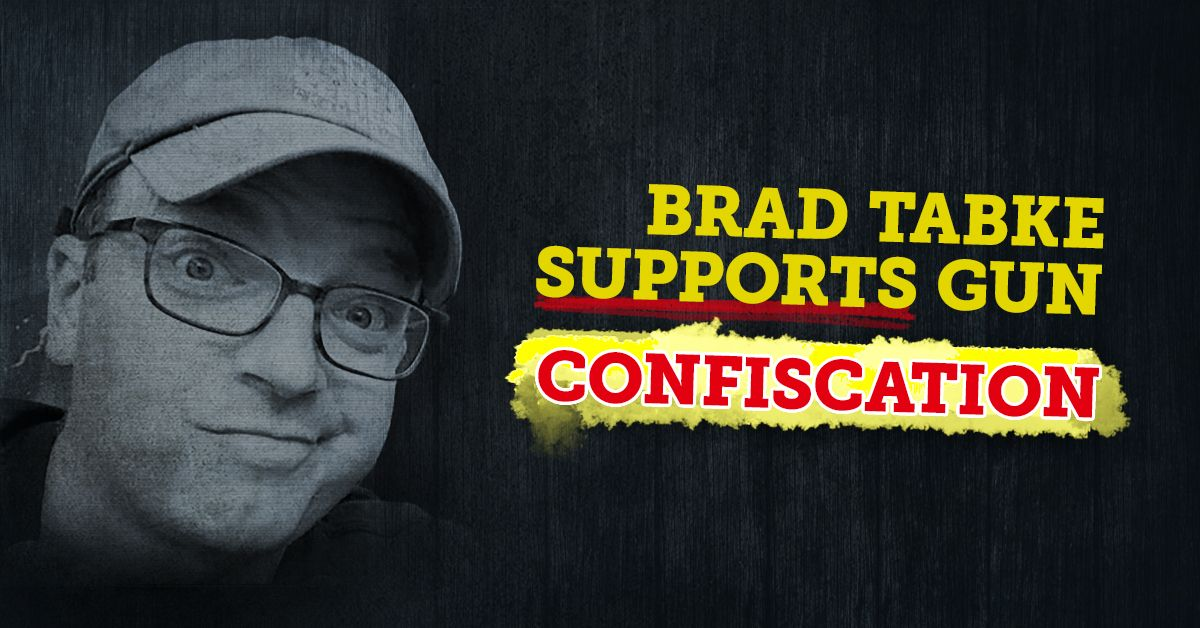 Tabke and other liberals (Republicans and Democrats) backed HF 9, a Gun Confiscation bill that, after a one-sided court hearing, allows law enforcement to knock, or kick down, the door of gun owners to conduct the confiscation. No prior notice needed.

And your Alliance’s digital ads, phone calls, and mailers made sure Minnesota voters knew the truth.

Mortensen defeating this super liberal is a huge win for Minnesota patriots.

And more good news -- Minnesotans defeated yet another liberal, John Persell in House District 5A! 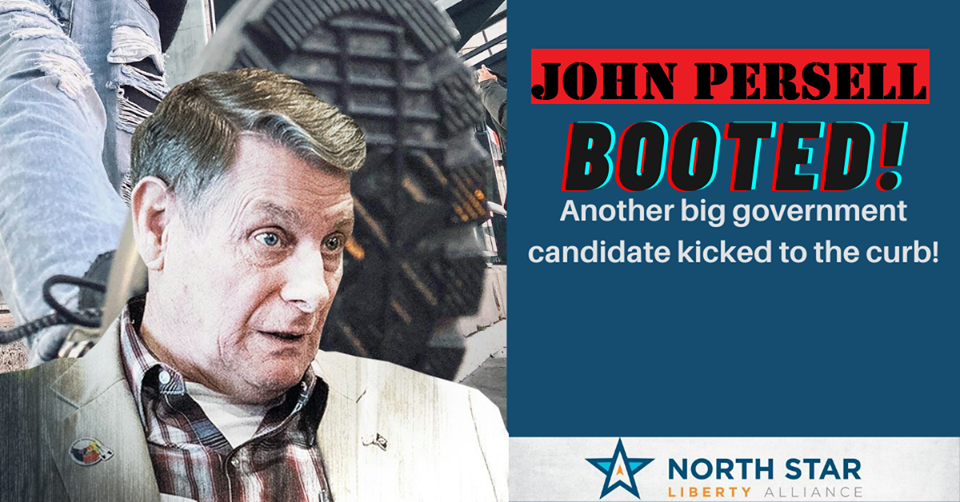 North Star Liberty Alliance plastered digital ads across Persell’s district exposing his terrible record on tax hikes. Minnesotans did not like that record at all.

Persell was one of the most liberal members of Minnesota government --and with Tim Walz and Keith Ellison in power that’s saying something!

Persell’s resounding defeat sends a message to every other legislator in what is increasingly becoming a more conservative region of Minnesota: back off from the Socialist liberal agenda or face a big loss at the ballot box.

Leftist favorite Jeanne Poppe ousted by Patty Mueller in 27B! 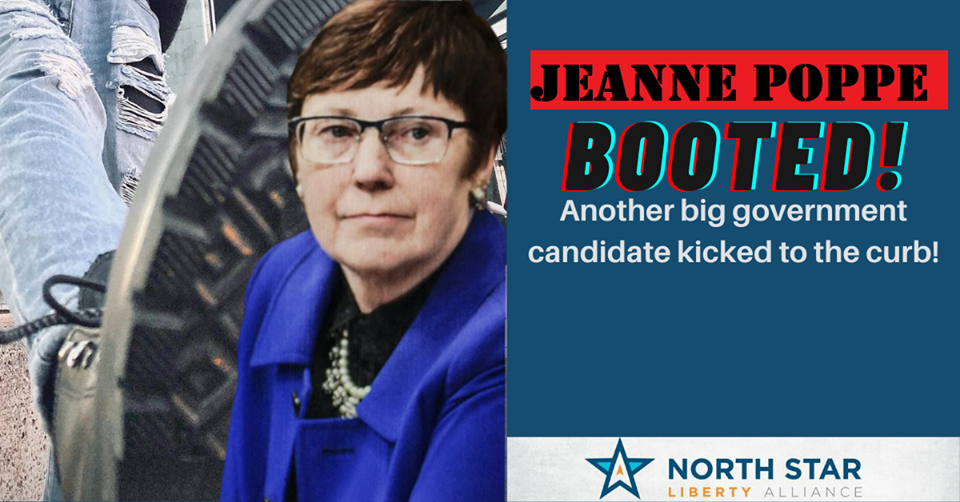 Jeane Poppe was a member of the liberal hard-core of the DFL and is now on the outs.

Your Alliance exposed Poppe’s abysmal record on tax hikes to tens of thousands of voters in her district, and those informed Minnesotans flatly rejected her for it.

Patty Mueller returned her North Star Liberty Alliance survey backing most of the pro-liberty platform. Mueller’s biggest promise -- to never raise taxes -- is the pledge Minnesotans rallied around, and a one they will not soon forget.

Liberty-loving Minnesotans won big across the state, but our work is just beginning.

Liberals still carried Minnesota’s statewide elections, even if by just a few points.

And Socialists wait in the wings to push their radical agenda through any opening they can find in the state legislature.

So stay vigilant, celebrate these victories for liberty, and prepare for a tough fight this legislative season.

Thank you for all that you do.