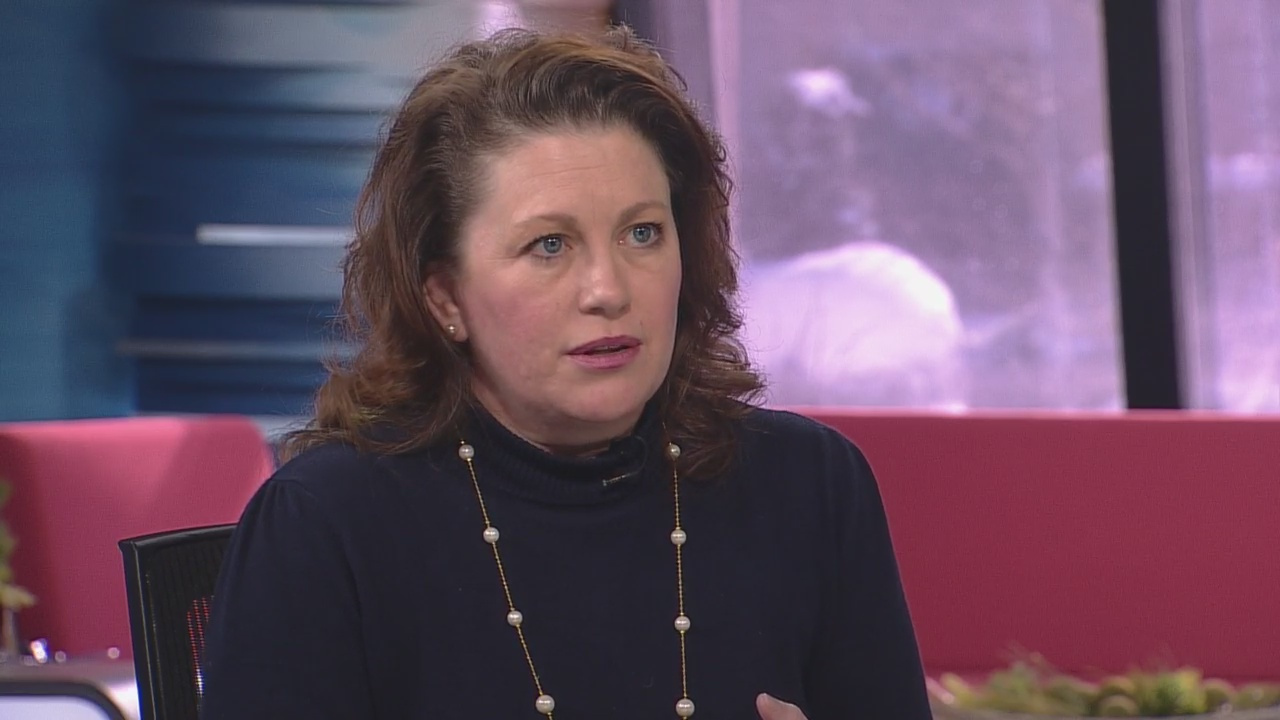 On Wednesday, Senator Michelle Benson joined a crowded field for Governor of Minnesota. In her announcement video, she brags about her initiatives in the Minnesota Senate, including her efforts to “lower insurance premiums”.

When talking about insurance premiums, Bailout Benson is referring to her steadfast support of reinsurance, or, a taxpayer-funded bailout for insurance companies. 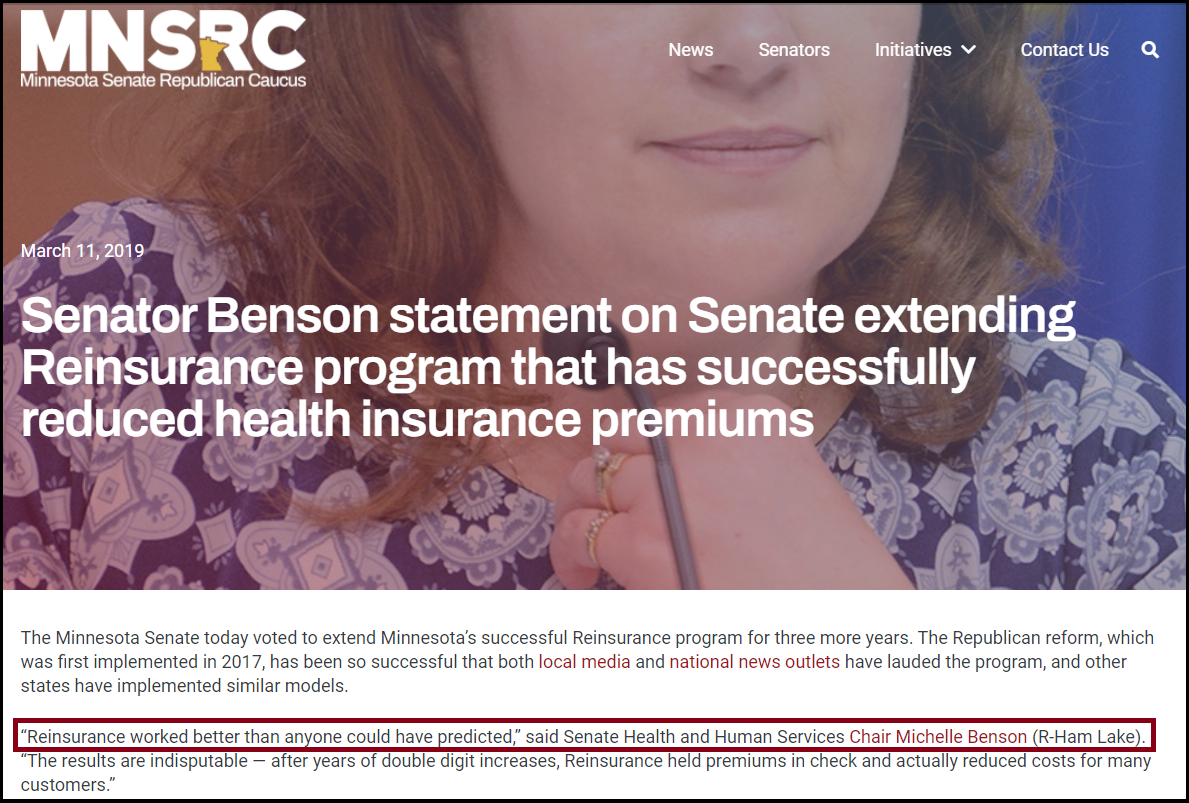 In 2017, Senator Benson authored SF 1, which gave $311 million in taxpayer dollars directly to insurance companies in a misguided attempt to lower insurance premiums. This is the exact same program that left-wing Congresswoman Angie Craig supports. 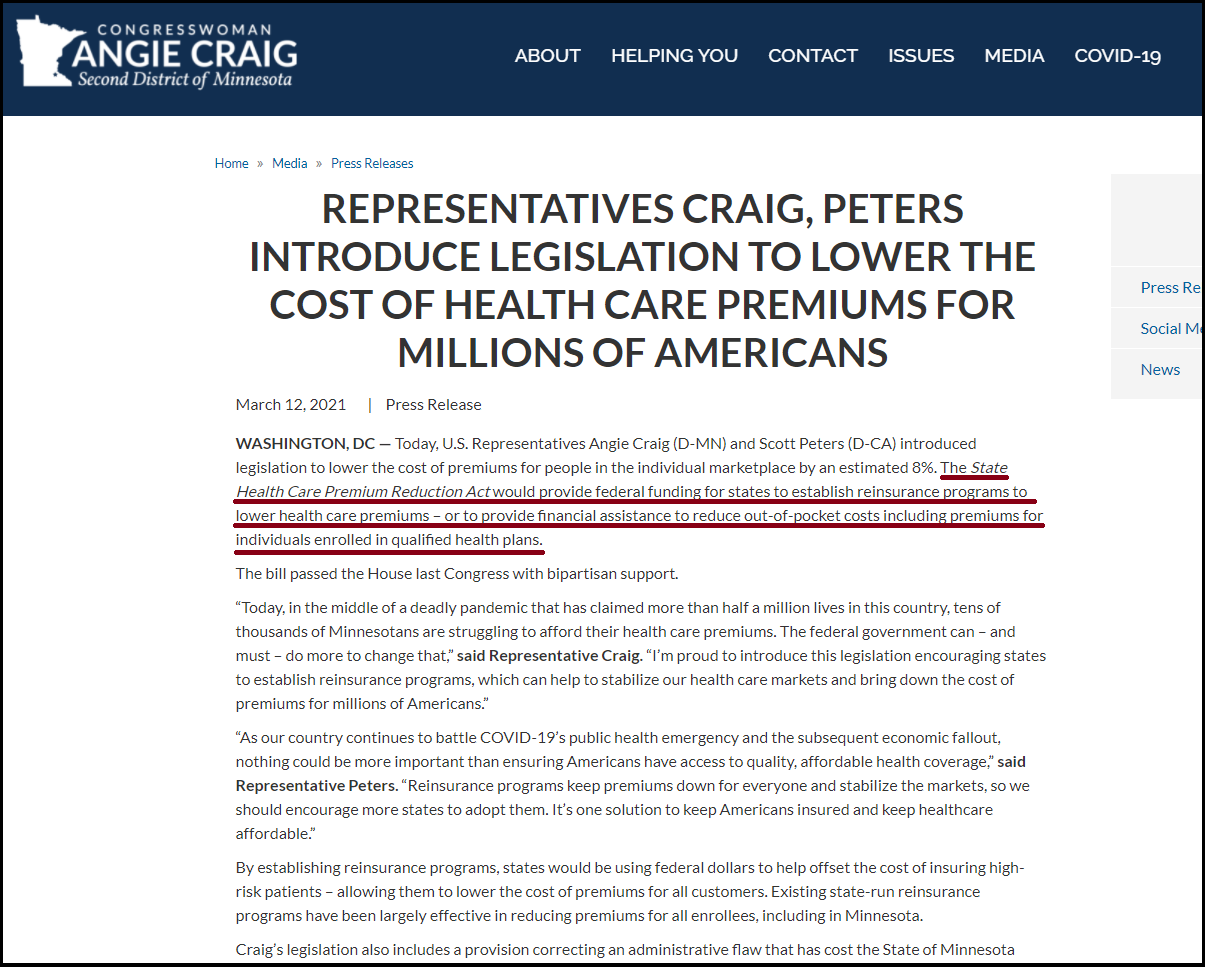 If elected governor, Bailout Benson should have no issue working with tax and spend liberals at the Capitol. She may, however, have trouble finding common ground with conservative legislators in her own party. If she plans on campaigning as a fiscal conservative, she will have a hard time doing so with this stain on her record. Unfortunately for Benson, this is not the only issue she must answer to.

In 2019, Benson voted for the renewal of the Sick Tax, which is a tax on healthcare providers that gets passed down to the patient. Republicans had stood against this tax at the beginning of session, until then-senator Scott Jensen and a few of his friends authored legislation to keep the tax around.

Despite protests from doctors and healthcare professionals alike, the Minnesota legislature passed the new sick tax up to Governor Walz to sign into law.

Senator Benson voted with Scott Jensen to keep this tax in place.

If Bailout Benson is willing to tax and spend your hard-earned money away in the state senate, how can voters expect her to be any different as Governor?