Benson Attacks Sick Tax, But Voted For It

Benson Attacks Sick Tax, But Voted For It 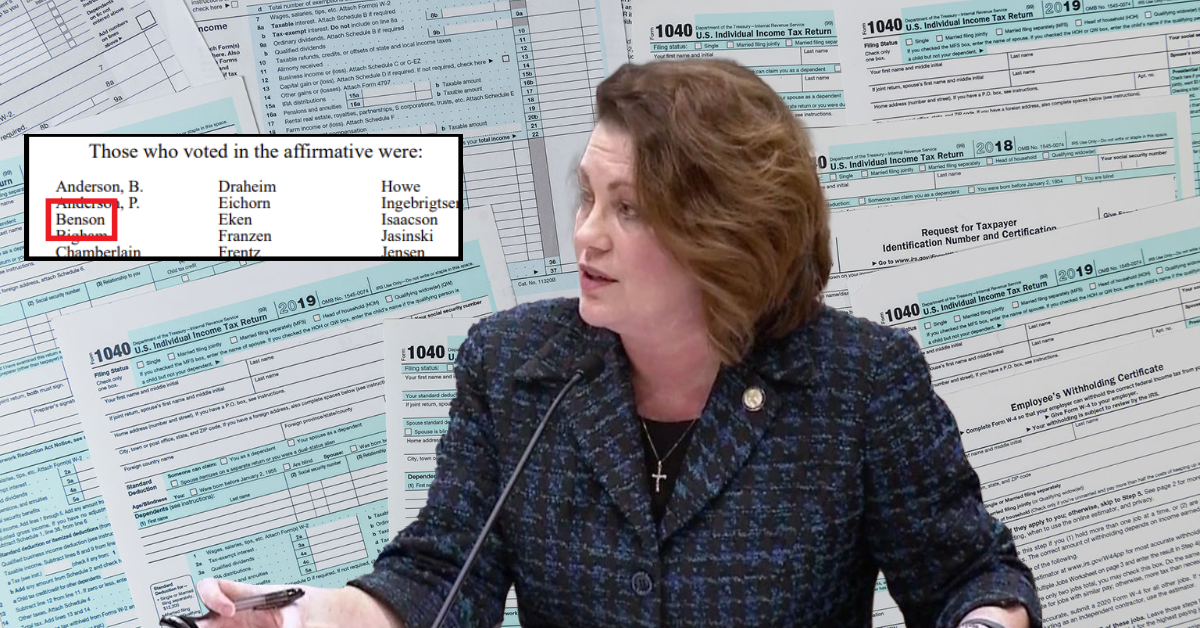 Politicians will do and say anything to win. Many of them promise that they will stop tax increases, and even eliminate some taxes like the Social Security Tax or Sick Tax. As a candidate for Governor, Michelle Benson has recently promised to eliminate both – despite actually voting for the Sick Tax in 2019!

Minnesota’s 1.8% Sick Tax (aka, the Provider Tax) on health care providers has been attacked by conservatives for years. This tax is no big deal for providers, as they usually will pass the cost of the tax onto the consumer – which makes your healthcare more expensive!

In a campaign email sent out on April 20th, Senator Michelle Benson claims that:

“I will NEVER support a tax increase as your Governor. Minnesota families pay enough already. When I am your Governor, seniors will not have to pay the outrageous double tax on Social Security and every Minnesotan will be spared from the atrocious Sick Tax.” 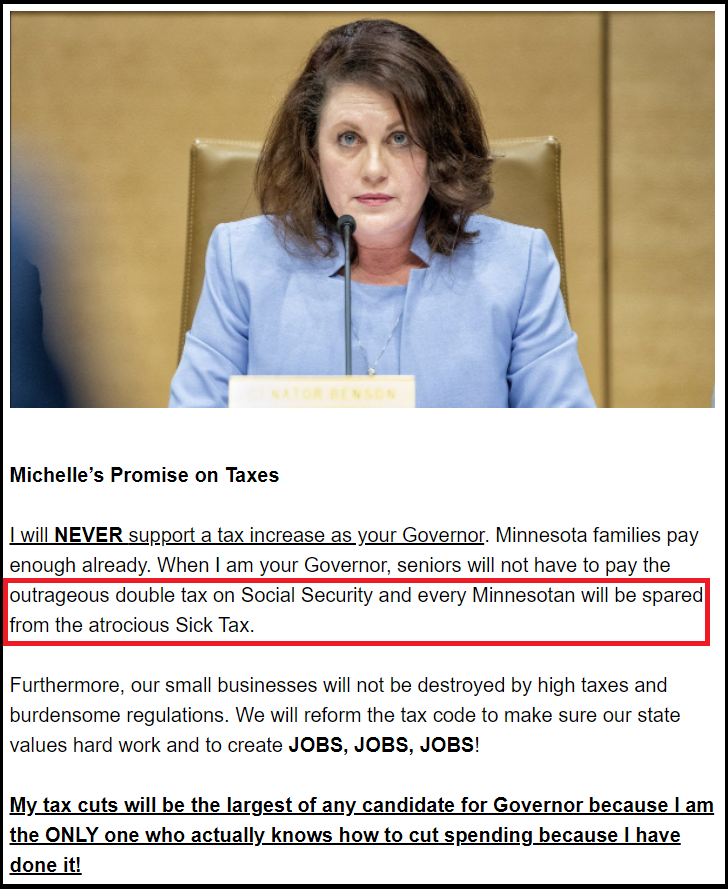 This is in stark contrast to Benson’s voting record, which shows that she voted for HF 5 on May 24th of 2019. This special session tax bill includes a provision that renews Minnesota’s Sick Tax, which was previously set to expire. 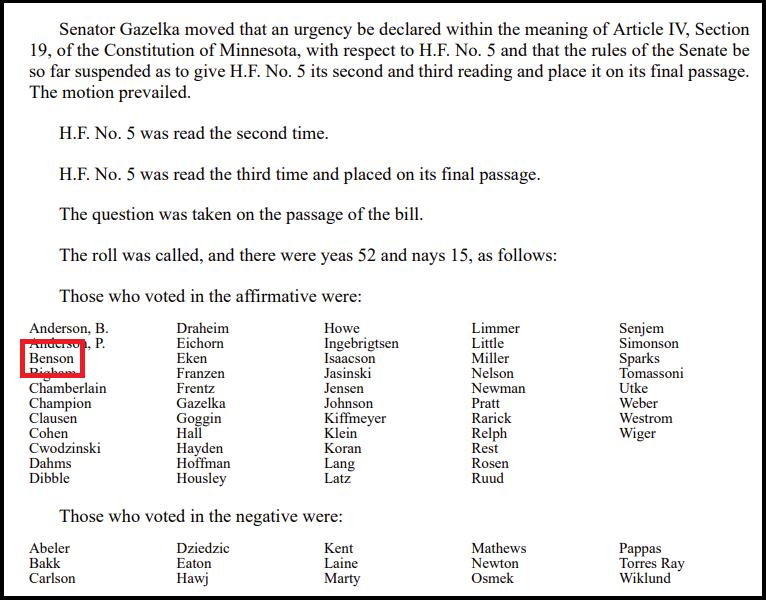 Why would Benson vote for the Sick Tax if she pretends to oppose it? Is she lying, or did she simply not read the bill? Either explanation has liberty lovers saying this completely and totally disqualifies her from representing the people of Minnesota as Governor.

Ask Michelle Benson why she would vote to keep the Sick Tax, when she campaigns on lowering and eliminating taxes: