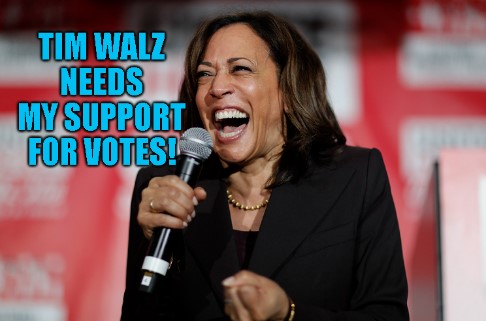 Tim Walz has a long history of shilling and praising Washington’s toxic Democrats. Now he’s looking to cash in on all his prostrating.

For years Tyrant Tim has put the desires of a political faction before what is best for the state of Minnesota. And all these years he’s praised radicals like Alexandria Ocasio-Cortez and many others in Washington. As much as he likes to preach “compromise” and “middle ground”, it doesn’t take long to realize Walz wants power and authority over compromise. 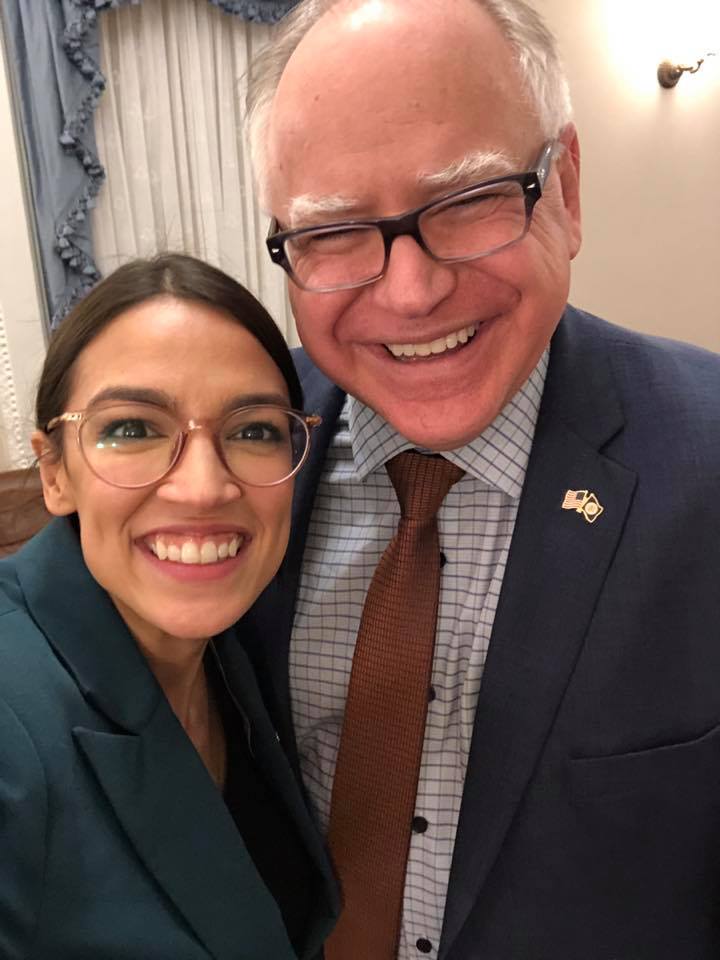 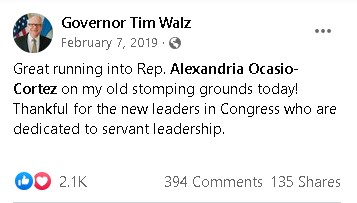 In the past several years Walz has tried to control our lives, forced masks, vaccine shots, and kept us inside as drug abuse and depression skyrocketed. He continued to do this to Minnesota for years, and longer than most other states. Even after studies showed that neighboring states like Wisconsin were fairing better than Minnesota while they had opened up and we were still closed. And on top of that Tyrant, Tim Walz has been defending higher taxes lately. If he really wanted compromise he could try and lower taxes amidst our state’s surplus and our country’s recession, but nope. With taxes, Tim Walz shoots for the moon and then only goes higher.

Of course, it doesn’t help that our elected RINOs (Republican Only In Name) never really do much to fight these measures. They put out nothing burgers and complain. They just sit there and cry while Tim Walz and his cronies do what they want almost unopposed.

So Tim Walz lies on compromising and he shills for Washington Democrats. This is starting to help him now as the Biden Administration is sending Vice President Kamala Harris to campaign with Governor Tim Walz and Lt. Governor Peggy Flanagan in hopes of getting Tyrant Walz reelected. They will be campaigning in Minnesota this weekend.

Of course, the DFL had to support this move. DFL chair Ken Martin said quote “Let me just say this: we’re very excited she’s coming in. We’re proud of the record of President Biden and Vice President Harris. They have a great record over their first two years to talk about. We’re glad that she’s coming in to campaign for Minnesota DFLers”

The world has not been in a great place lately and the Biden administration has done very little to protect Americans from that or fix it at all. Tim Walz has praised Biden anyways and seems to be following in the president’s footsteps in many ways. While we have to live with the fallout of Minnesota politicians pandering to Washington parties, they get to reap the rewards and pander for more votes.

Thankfully for you, we here at North Star Liberty Alliance do not pander to political parties and we do not take you for granted. Our objective is to be honest and truthful about the political landscape of Minnesota and how that affects you. If you would like to help us continue our fight for liberty and honesty we ask that you consider donating to North Star Liberty Alliance. If you donate $100, $50, $25, or anything you can spare to NSLA we would very much appreciate it.