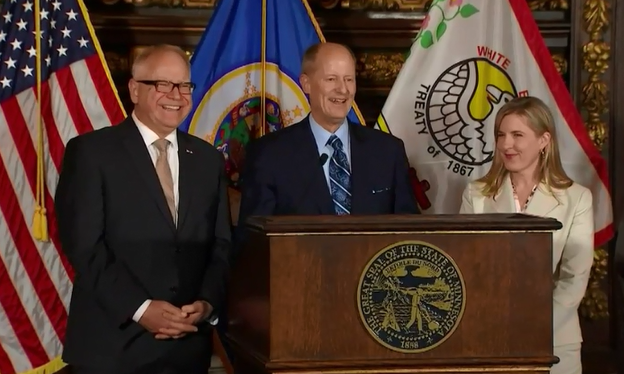 Minnesota does not have a debt problem. In fact, as of writing there is over $1 billion in budget surplus that has been collected from Minnesotans. This is not even including the millions of dollars in federal aid that Minnesota is getting from tax-and-spend politicians in DC.

If there was ever a time for tax cuts and reimbursement checks, now would be that time. Unfortunately, it appears that neither political party in St. Paul is ready to make that happen.

You see, while Republicans hold a majority in the State Senate, their budget proposal isn’t much better than the one coming from House DFLers! The arguments are not over whether or not to increase spending, but by how much they’ll increase spending!

Sure, less spending in the Senate proposal SOUNDS fiscally responsible at first. But you have to remember that this is still an increase in spending and money that was taken out of your pocket!

Senate Republicans must grow a backbone and give the people of Minnesota their money back!