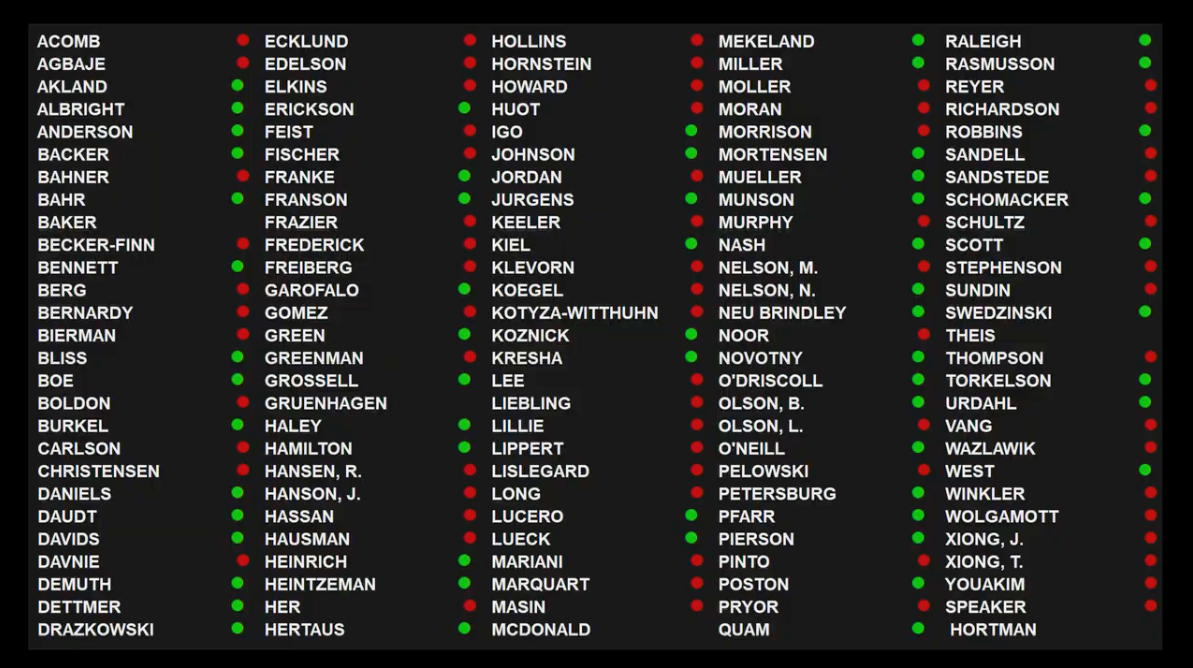 Earlier today, the House of Representatives let down the people of Minnesota.

In what has become a routine, the liberal majority defended Governor Walz and his unilateral emergency powers that have devastated Minnesota’s small business economy.

Thanks to the cowardice of these representatives, Minnesota will continue to be subject to Walz’ illegal and immoral executive authority. When will these legislators listen?

Unfortunately, this defeat sets RINOs up to move their fake bill.

That’s right, Republicans like Rep. Barb Haley -- who have been pushed to the front of the caucus -- have cast themselves as the “heroes” who will end Walz’ emergency powers.

If Barb Haley really wanted to end Walz’ powers, then why would she gunk up the process and move a fake bill?

You see, the legislature alone has the power to END Walz’ executive overreach. When both the senate and the house pass a resolution against Walz, his powers are repealed.

What Haley and her friends are pushing is a bill to “reform” (not end) the governor’s ability to declare an emergency. This bill would need to be signed into law by the governor -- Which will never happen.

Read more about this fake bill.

Haley knows that she is setting herself up for failure… and maybe that’s the point.

Politicians are always looking for the best way to SAY they’re doing something, without actually doing anything.

In other words, politicians like to be lazy. They perform political theater to score cheap points, and are rewarded with re-election or election to a higher office.

Do not reward bad behavior.

Walz and his friends must face political justice for what they have done to the people of Minnesota.

Have you signed on to the petition to Impeach Walz?

When you sign, send the petition to everyone you know! The North Star Liberty Alliance will print off every last petition signature to show to the holdouts at the Capitol.

Your voice matters, and The North Star Liberty Alliance is ready to amplify it.