Democrats Launch Attack to Silence You

Democrats Launch Attack to Silence You 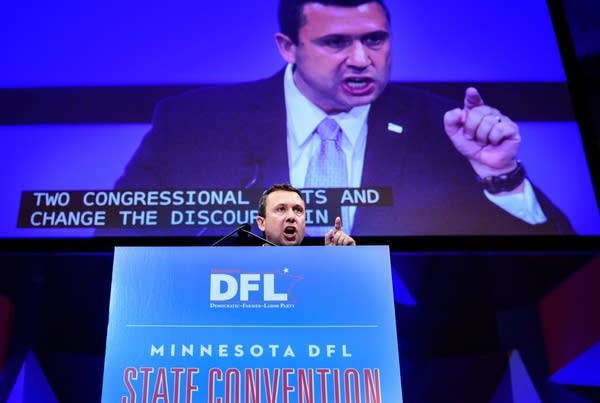 The establishment -- with help from the Fake News media -- is attacking your North Star Liberty Alliance. A few days ago, the Minnesota Democrat Party filed a complaint with the Minnesota Campaign Finance Board to take action against NSLA and Liberty Champion Representative Erik Mortensen.

These baseless claims are an attack on the tens of thousands of Minnesotans from across the state who support the North Star Liberty Alliance grassroots organization.

North Star Liberty Alliance is recognized as a 501(c)4 nonpartisan nonprofit by the United States Internal Revenue Service and has been for the better part of a decade.

These vicious attacks are happening because we are being effective in educating Minnesotans on the ongoing assaults to our liberty and human rights. This shows that the political elite feels threatened by the open and free exchange of ideas. It's an obvious attempt to cease our Impeachment efforts, and leave grassroots patriots like you without a voice.

Rep. Mortensen aptly called out these tactics for what they are: PATHETIC.

I will not be silenced, which is why I am ready to step up our efforts exposing bad legislators. This bad faith attempt to silence your voice is hogwash, but the facts won’t stop the establishment from filing attacks-by-paperwork to try and shut us down.

Rep. Mortensen points out that we must be over the target if we are getting attacked. Proof positive that our efforts are working! The elites think their paper threats will force us to ease-up our effort to Impeach Gov. Walz.

They are targeting us because we’ve seen major progress on Impeachment and the establishment is shaking in their boots. Now is the perfect time to hike up the pressure.

I need your immediate help to crank up the heat on your representatives in St. Paul to see Impeachment through!

Pitch in your most generous contribution now, and show the phony conservatives and radical liberals in St. Paul that NSLA is here to stay. Give $100, $50, $25, or whatever you can afford to keep my group on the front lines in this fight.

You see, this complaint originated after my team’s efforts to Impeach corrupt Governor Tim Walz were escalated in the last several weeks. Legislators on both sides of the aisle have been cowering in fear, HOPING that the North Star Liberty Alliance won’t launch a pressure campaign exposing them on Impeachment.

I am proud to say that we have made ignorant legislators’ fears a reality.

Check out the ads we are running exposing them for siding with Walz: 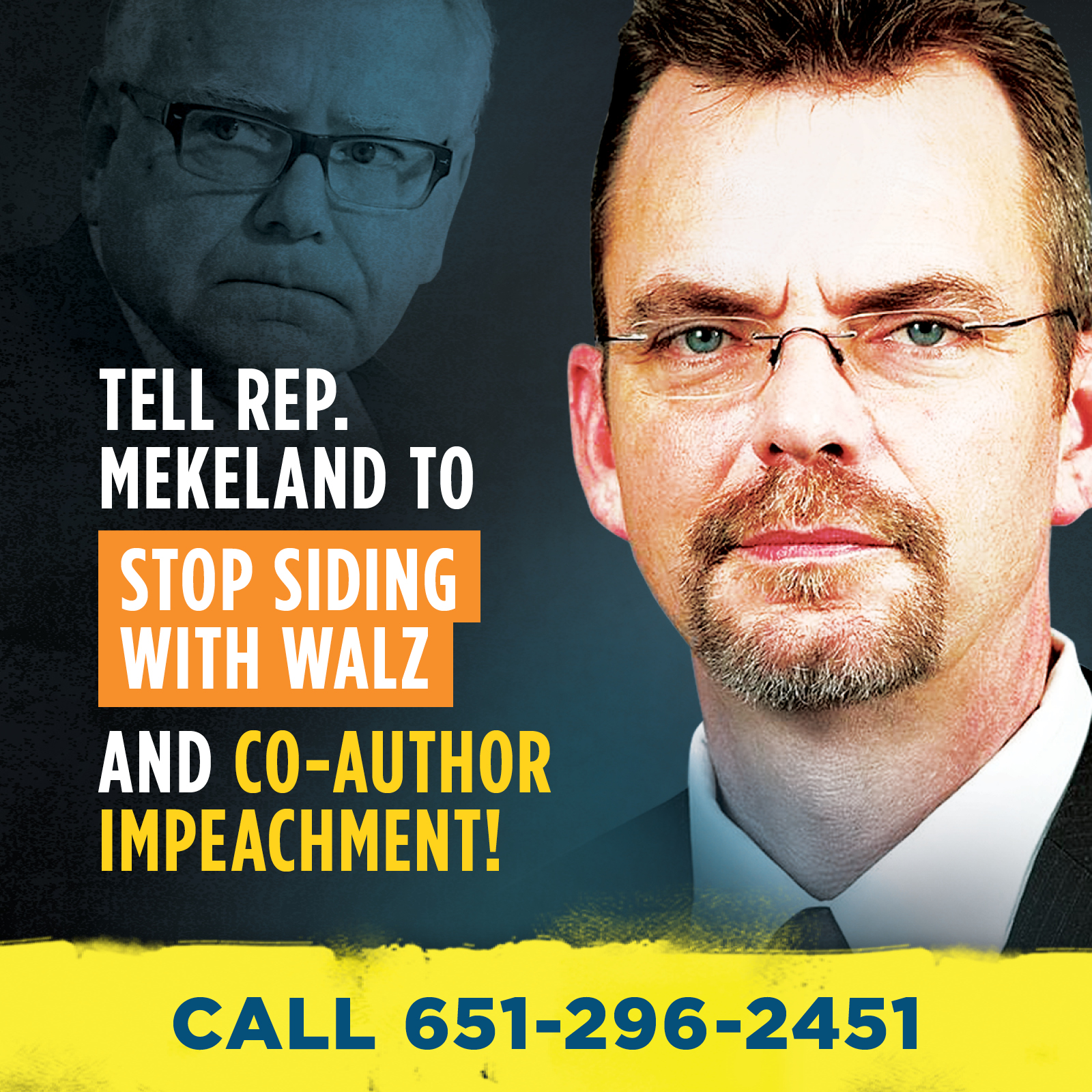 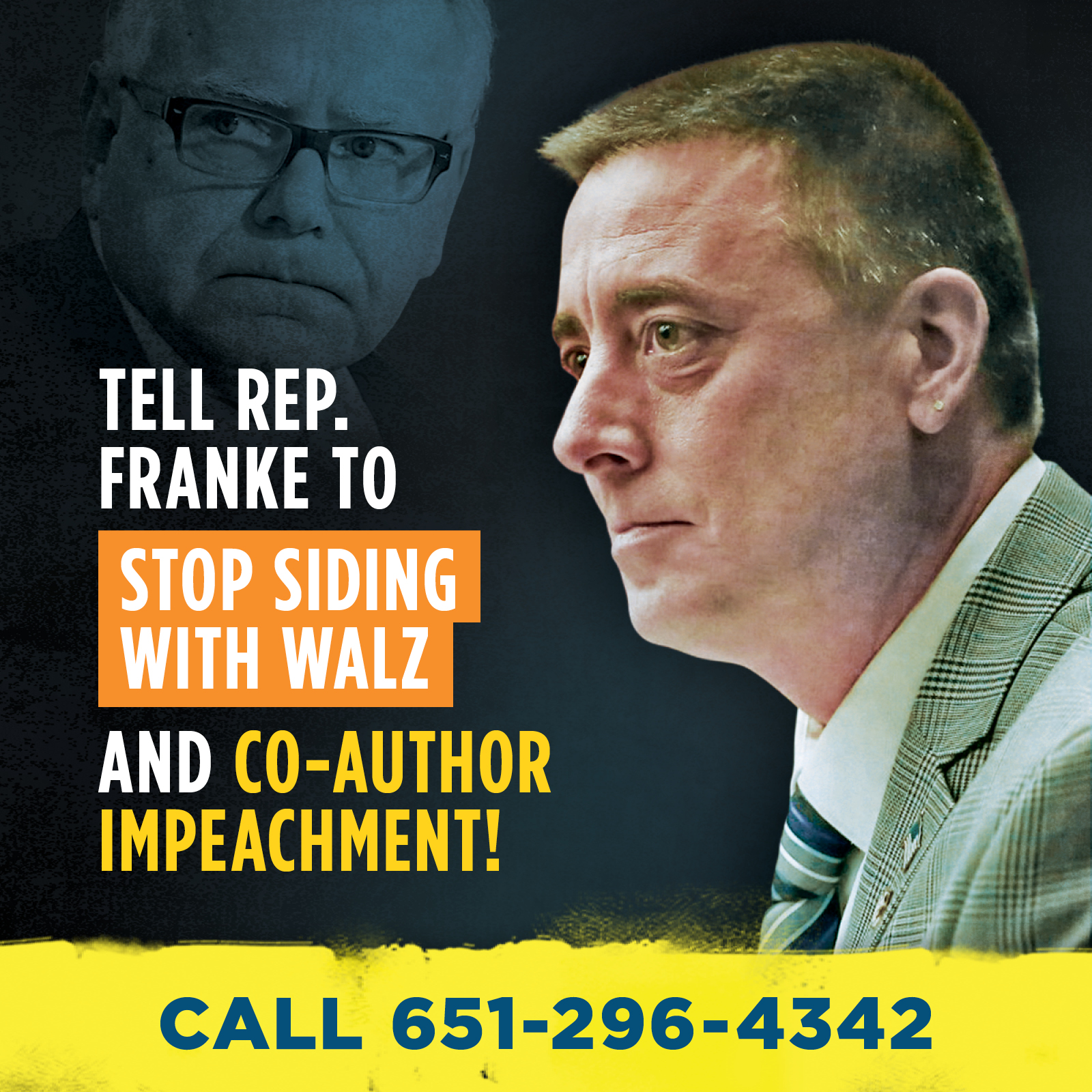 Mekeland and Franke are among the representatives who have REFUSED to stand up to Tyrant Tim Walz and co-sponsor Articles of Impeachment.

It is imperative that the people of these districts know that they are NOT being defended by their elected officials. With enough pressure, Mekeland and Franke will have no choice but to sign on to Articles of Impeachment or flat out ignore their constituents.

Pitch in whatever you can to ensure victory in this Impeachment battle! Give $100, $50, or $25 to help push phone calls, mailers, and advertisements into these critical districts.

Then, send this article to all your liberty-loving friends and family. Explain to them that this battle is for the small business owners, students, and families that Walz has harmed over the past year with his unconstitutional edicts.

Tell them to sign on to the petition to Impeach Walz!

I know that with your help, we can teach the establishment a critical lesson. Don’t mess with the grassroots patriots of Minnesota.

After you and I shock the establishment with NSLA’s pressure campaigns, they’ll have to give Impeachment a committee hearing and floor vote.

Walz will face justice, and North Star Liberty Alliance will be there when he does.