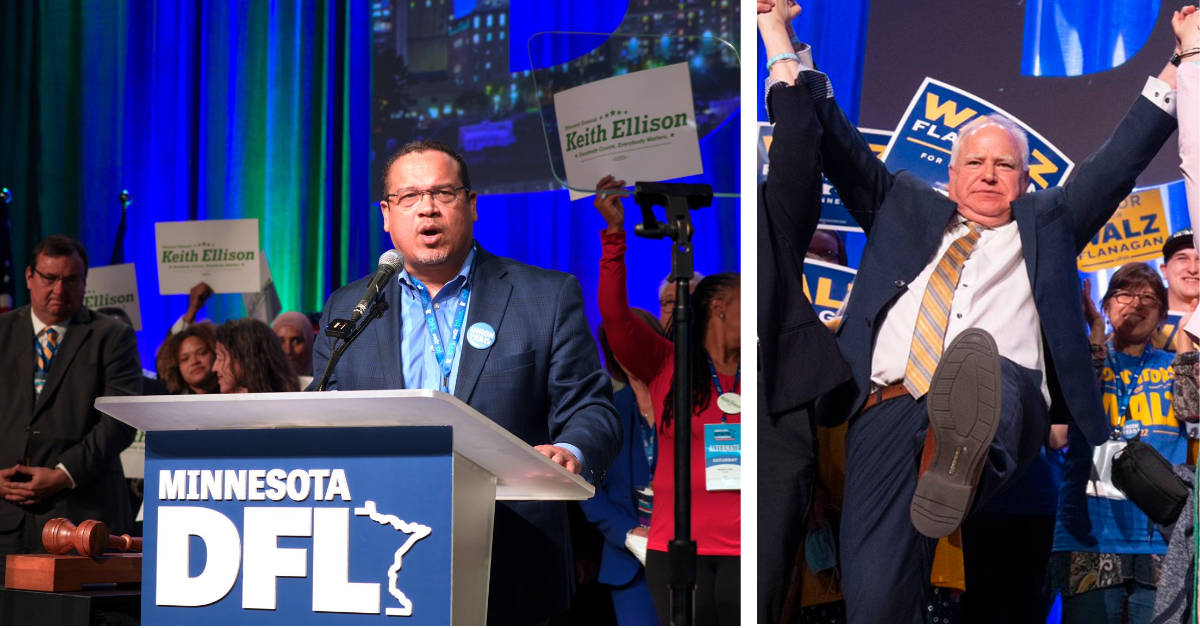 The Minnesota DFL drew a light crowd to their state convention last Saturday – complete with a proof of vaccination requirement for attendance. The far-left political party met for the sole purpose of endorsing candidates for re-election, and amending their party platform.

Despite throwing business owners in jail, closing churches and schools, and creating laws out of thin air, the DFL voted to unanimously endorse incumbents Keith Ellison for Attorney General, and Tim Walz for Governor (though there were a handful of delegates who shouted down the endorsement).

While the robbed gangsters known as Judges have vouched for Walz, they are finally being forced to rule that many of his edicts were perhaps illegal and maybe even unconstitutional.

The fact that the DFL is unphased by this overreach from their elected officials speaks volumes about the rise of authoritarianism in the United States. Too many voters welcome lockdowns and mandates that threaten the livelihoods of untold millions.

North Star Liberty Alliance knows that there are millions of Minnesotans who are rightfully outraged by Walz’ illegal edicts in office, which is why the effort to Impeach him has gained steam.