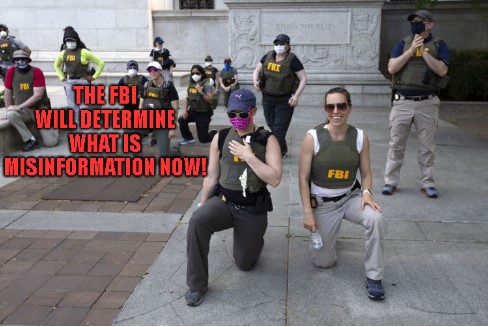 The FBI is doing what it does best: meddling in politics and subverting the minds of people. This time they’re getting ahead of the game, and you don’t have to look any further than their website where they claim “misinformation” is an election crime. That begs the question, what does the FBI think is misinformation? This is a scary question given the FBI’s history of using its resources and subterfuge to push specific political agendas.

Now when it comes to politics, honesty and transparency are the most important things we can ask for out of those running and the media presenting them. That being said, freedom of speech is our democracy's very foundation. It’s guaranteed to us as a human right by the Bill of Rights. Additionally, the FBI has a history of pushing political agendas behind the scenes and it’s looking like the FBI plans on pushing an agenda this election as well. What we’re afraid of is the FBI will use our desire for the truth as a smokescreen so they can change the course of the election how they see fit. Simply put, the FBI may be trying to push “their truth” again.

Project Veritas revealed via Twitter that certain FBI agents are being given a “2022 midterm elections social media analysis cheat sheet”, or essentially a cheat sheet on how to catch people breaking federal election laws. 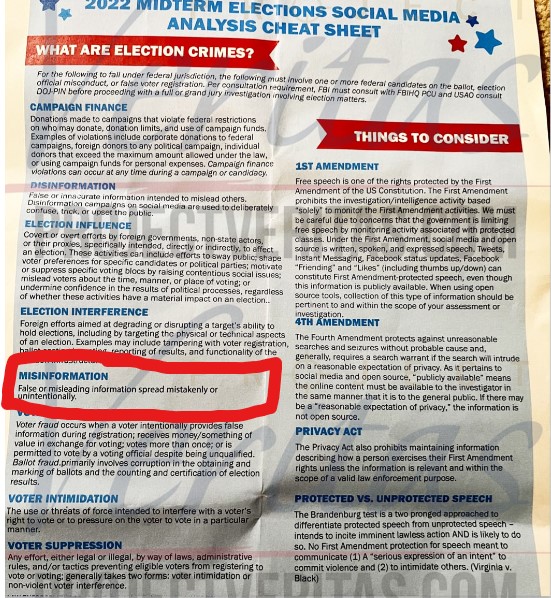 Just by this image alone, it’s deeply concerning that the possibility for you to accidentally commit a federal election crime is based on 1 broad nonspecific sentence?

Of course, if you go to the FBI website they try to tell a little bit of a different tale. Here the FBI tries to play it off to the public that it’s only if someone spreads misinformation about voting times and locations 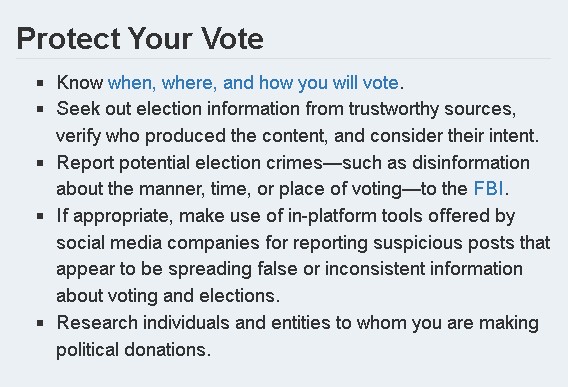 But thanks to the aforementioned leak we know it’s a lot more open to interpretation for the FBI. This is scary because the FBI has had a long history of working outside the lines of legal to keep up surveillance on people and push political narratives.

From 1956-1971 the FBI had a “counterintelligence” program where they committed several illegal projects intending to surveil, infiltrate, discredit, and disrupt domestic American political organizations. This was the FBI actively trying to watch over and meddle with American politics including Martin Luther King Jr's movement for equal rights.

Of course, they say that specific program has stopped but the FBI continues to try and control political information and thought in today’s life too. In the 2020 election, Facebook spent some time censoring the Hunter Biden laptop story. This year Facebook CEO and founder Mark Zuckerberg himself admitted on air with Joe Rogan that the reason Facebook censored the story was that the FBI told them about the info they deemed "misinformation", including the true story about Hunter Biden's laptop.

Even the slimy federal government tried to put itself in charge of information. You may remember that the Biden administration attempted to create the “Disinformation Governance Board” in April of this year. Just like with what the FBI is trying to do here, this is concerning because it would of put the Biden administration, a prominent political member, in charge of what was misinformation or not. Thankfully the American public spoke and they had to get rid of the board due to major backlash.

There are many cases, old and modern, of the FBI and the government deciding what counts as misinformation and pushing political agendas using that precedence. And It’s obvious that the FBI will do what it can to push towards a political goal. So just like it did with the Hunter Biden story, we’re afraid that the FBI, or any other portion of the government, could easily limit your real facts as “misinformation” and claim you committed an election crime in this upcoming midterm election. There is much evidence to show they already have done so before, so what’s to say they aren’t doing it now?