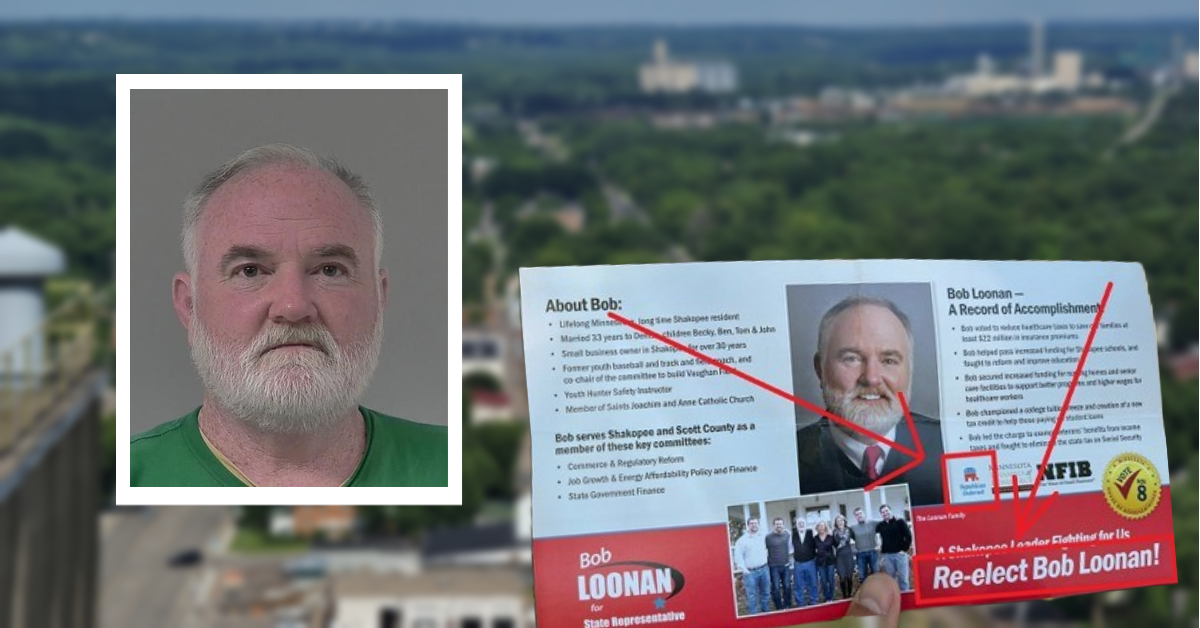 Shakopee’s race for State House has been heating up in recent days. Notable RINO Bob Loonan is again challenging Representative Erik Mortensen after losing back to back GOP Primaries in 2018 and 2020. Now, he faces claims of promoting endorsements that he never actually received.

The Minnesota Office of Administrative Hearings ruled on Thursday that Bob Loonan may have illegally promoted an endorsement from the Republican Party of Minnesota, prompting further investigation into the matter. The Scott County GOP posted the picture below, showing that Loonan had been handing out literature improperly displaying the endorsement. 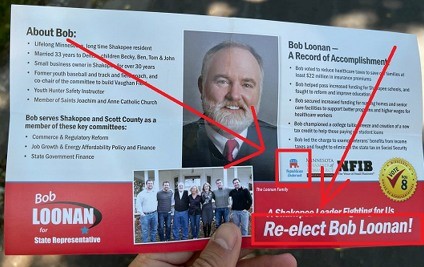 Neither Loonan nor incumbent Erik Mortensen won the Republican Party Endorsement for the 2022 race. The Scott County GOP also took issue with Loonan using the term “re-elect”, which Minnesota Law states is reserved for incumbent legislators – of which Loonan is not. Based on the November 8th election date on the literature piece, this piece is likely from 2016 -- the last time an election was held on November 8th. Despite this, the Loonan campaign appears to be using these pieces for the 2022 primary election.

Erik Mortensen has been a strong legislator in the Minnesota House, authoring legislation like Constitutional Carry, The Never Again Bill, and Articles of Impeachment on Governor Walz. He has earned a huge following on social media for his bold stances and conservative legislation.

Mortensen is one of many Liberty-minded candidates around the state who are running against RINO Republicans. The August 9th Primary will determine which candidates advance to the general election.