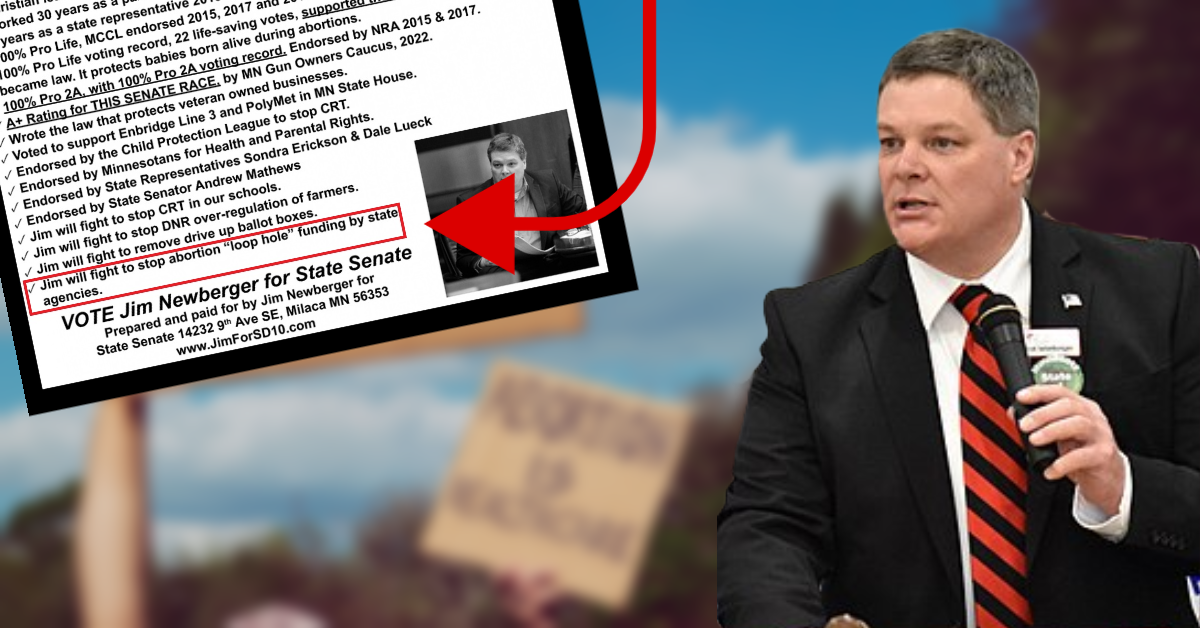 Former State Representative Jim Newberger is looking for a promotion to the Minnesota Senate in the newly drawn District 10. Many have accused the former representative of carpetbagging, due to his last minute move to Milaca from his prior home in Becker. The pressures of the campaign trail have forced Newberger to change his messaging on issues such as abortion.

When leveled with accusations of voting for publicly funded abortion, legislators like Newberger would completely deny it and decry anyone making the claim as a liar. However, one of the three candidates vying to be the Republican nominee for SD 10 points to Senate File 2 in 2017, the Health and Human Services Omnibus Bill. Newberger voted for this legislation.

This multi-subject bill includes funding for medicaid, which goes towards funding abortions in Minnesota with taxpayer dollars. When pressed on this issue, many legislators have caved and admitted that they have voted for this legislation.

When confronted, Gazelka states that abortion “...gets funded. I can’t stop it”. This is in reference to a 1995 MN Supreme Court Case Doe v. Gomez, which states that taxpayer-funded abortion is a constitutional right. This case is nothing but judicial activism from left-wing Supreme Court Justices.

The legislature alone has the power to allocate funds, not the Supreme Court. There is absolutely nothing that prevents legislators like Gazelka or Newberger from voting this legislation down.

With many voters confronting Newberger on this matter, it seems as though he has changed his tune. Instead of denying abortion funding, he is campaigning on ending it. Take a look at this advertisement from his campaign posted in the Mille Lacs Messenger: 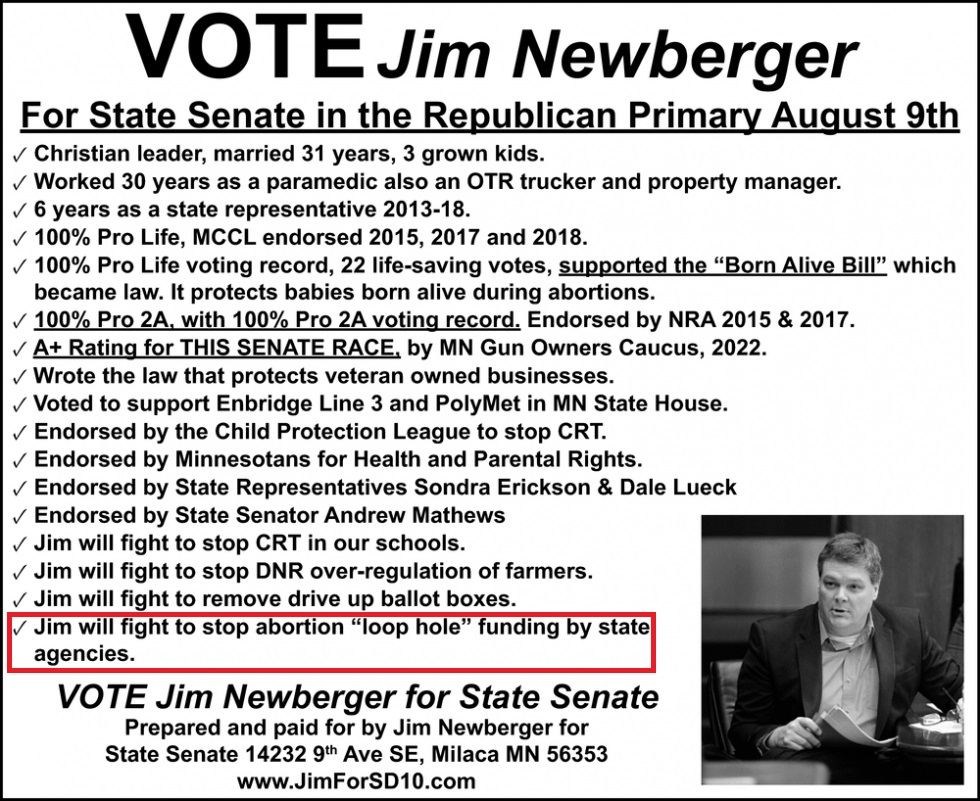 These legislators are well aware that their affirmative votes for omnibus bills fund abortion. Now, they are being forced to admit it publicly. If legislators are pressured by their constituents on this issue, they will be forced to talk about it publicly and vote against taxpayer-funded abortions. This is a positive trend.