Gazelka and Hortman Are Ready To Spend Your Tax Dollars

Gazelka and Hortman Are Ready To Spend Your Tax Dollars 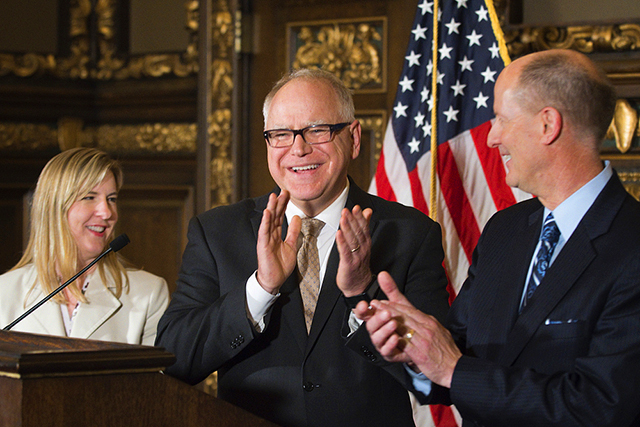 Everybody knows that their elected officials will usually put on a show. They will pick fights with legislators across the aisle to show that they are standing up for their constituents, just to go out for drinks with them later on and scheme how they can spend your tax dollars.

This morning, it appears that Senate Majority Leader Paul Gazelka and House Speaker Melissa Hortman accidentally forgot to put on their show for the cameras.

In Fluence Media’s “Fluence Forum'' this morning, legislative leaders met to discuss their plans for completing a budget. Though there previously has been some friction over what to include, it appears that both Speaker Hortman and Senator Gazelka have united behind the cause of spending every last tax dollar that they can!

Hortman tried to play off their differences in policy when she explained:

“The track record is that Senator Gazelka and I have been able to bridge some pretty enormous gulfs… There’s so much common ground.”

I don’t know about you, but when I hear that there is “so much” common ground between leaders of both caucuses, it’s clear that they’re working for each other and not the people that they represent.

Caucus leaders continued to explain that a government shutdown is the last thing that they want, and they expect to have conference committee budget targets completed by this Friday, May 7th.

Unfortunately, if Gazelka is willing to do nearly anything to avoid a government shutdown, he’ll likely bow down and let far-left wingers walk all over him. His pledge against new taxes may be in jeopardy if he does not hear from the people he is supposed to be representing.

Call Senator Gazelka now and tell him to stick to his promise against new taxes. Better yet, tell him to fight against any kind of new spending and to return the budget surplus to the people of Minnesota.