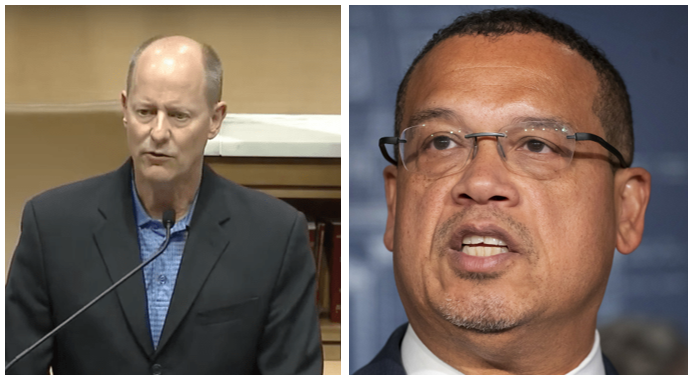 The Minnesota House of Representatives adjourned sine die on Thursday morning, officially ending the first special session of 2021. This was a rough year for liberty lovers, not just because of the lockdowns and infringements on liberties, but because phony conservatives in the legislature compromised their principles.

Check out these numbers. The Republican Senate agreed to allocate $52,116,000 for the Attorney General’s Office in 2019. This year, Gazelka just endorsed a bill that gives the AG $60,718,000. Ellison now has all the funds he needs to continue to crack down on business owners trying to make a living.

AG Ellison was responsible for cracking down on small business owners who dared defy the governor’s shut down orders last year. After he began fining and putting business owners in Jail, Paul Gazelka took to the internet to express his outrage.

In a video posted to the MN Senate Republican Facebook and Twitter accounts on December 17th, 2020, Senator Gazelka stated that:

"if you start fining these people $10,000 a piece, you can expect that money to come out of your budget"

Like most politicians, Gazelka is all talk and no action! After Ellison continued to crack down on these small businesses, Gazelka voted for an increase in his operating budget!

Senator Gazelka has bigger aspirations than being Senate Majority Leader. It’s becoming more and more likely that he will be running for governor against Tim Walz next year. If he is looking to represent the people of Minnesota, he needs to stay true to his word.

Call Senator Gazelka now, and let him know how you feel about his lies.