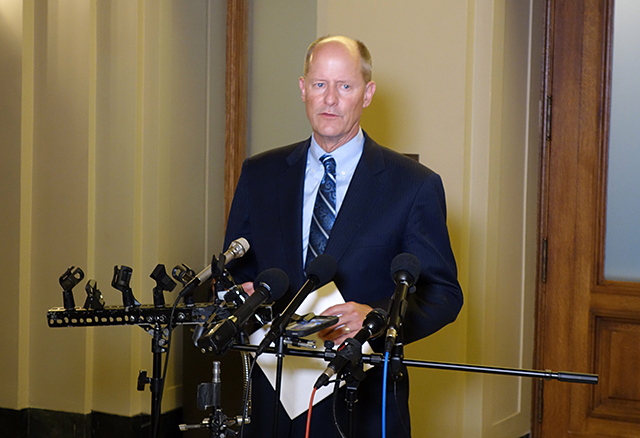 When it comes to elections, many voters will simply look for the “R” or the “D” next to a candidate and vote exclusively on party affiliation. Our job at the North Star Liberty Alliance is to inform the citizens of Minnesota who is truly pro-liberty, and who is truly anti-liberty.

Over the years, Gazelka has led the Minnesota Senate down a dark path of bad votes, as well as a path of not standing up when they should. Some would call Gazelka’s behavior “spineless” for someone who claims to be a conservative.

Just why is Paul Gazelka so bad? Here is our list of bad votes by Gazelka:

And MUCH more. You can check out a full list of Gazelka’s bad votes at: https://www.action4liberty.com/scorecard

So many people say they are tired of politics because politicians lie. Yet, every two and four years, they vote to re-elect the same liars that they loathe! If conservatives in the legislature want to start winning praise from voters and achieve their policy goals, they must stand up to the status quo!

This means no more bad budget votes, no more missed opportunities, and no more bowing to the radical left! The only way that Senator Gazelka can begin to redeem himself, is to tell Governor Walz that there will be absolutely no deals on his budget until he gives up his overreaching executive powers. If Walz STILL clings to his powers like the tyrant that he is, then the Senate must start firing his commissioners.

If you would like to see Senators grow a spine, then email Senator Gazelka and send him this article.

This is a man who is contemplating a run for Governor of Minnesota. If he wants to replace Governor Walz, then he must prove that he is in fact able to stand up to him. The people of Minnesota are ready for a true conservative leader, not another phony.