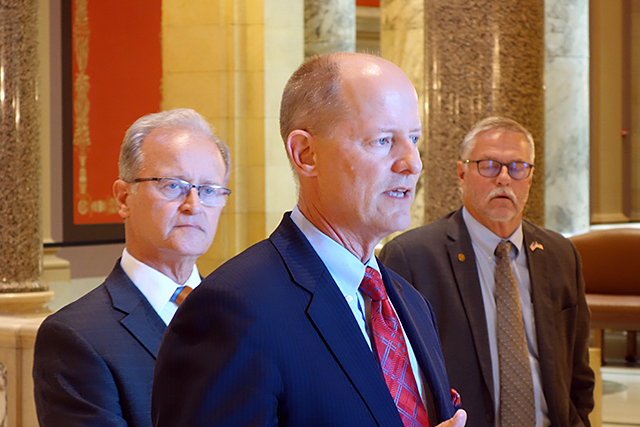 “We are gonna allow everybody to be back on the Senate floor in your normal seat, if you want to. So we’re not gonna require it, but if you want to you may, and masks will be optional.”

This guidance is contrary to Walz’ mask mandate, which he has extended until July 1st for all Minnesotans. It’s nice to see Gazelka stand up on this issue, but it’s not enough. As the leader of the Senate, Gazelka has the authority to stop Walz’ executive powers in their tracks.

If he truly wanted to stand up for his constituents, he would say “no deals” on the budget until Governor Walz relinquishes his overreaching executive powers that have been destroying Minnesota businesses for over 400 days now.

Instead, Gazelka has signaled that he is ready to make a bad deal. His budget proposal is slightly more modest than Walz’ proposal, but does not do nearly enough to reconcile for the economic devastation caused by Walz. With a $1.6 billion surplus, Gazelka and his fellow senators should be pushing for tax refunds and tax relief for the citizens of Minnesota.

Call Paul Gazelka now and tell him to not bow down to the radical left. If he is willing to defy Walz’ authority with masks, surely he can step it up and prevent a bad budget from going through.