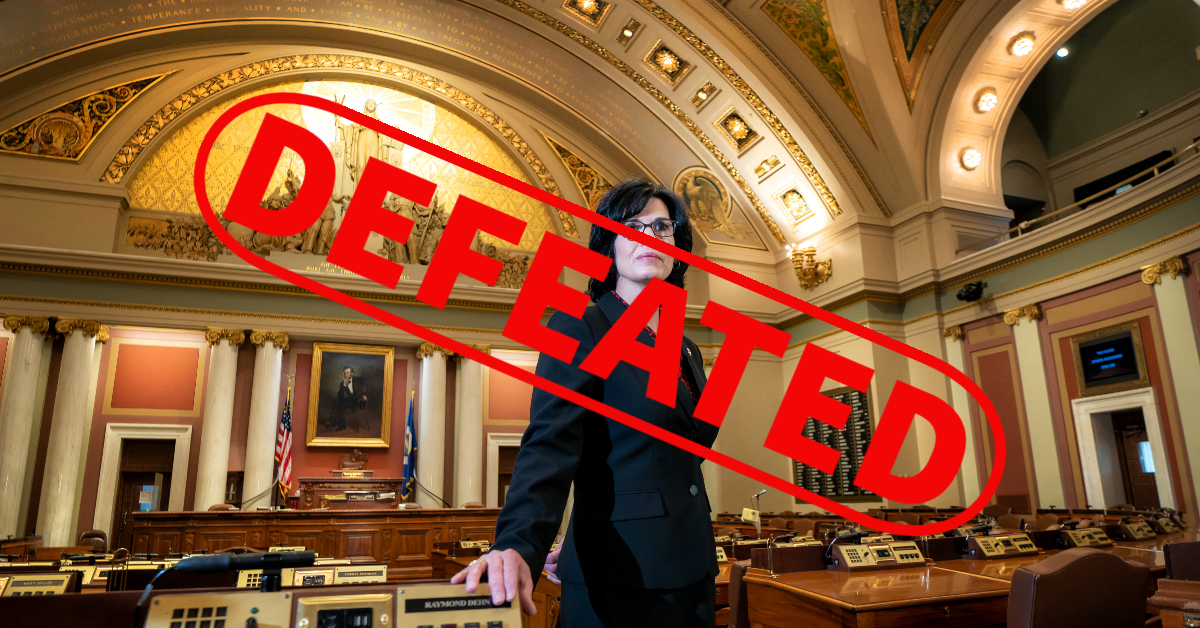 Republican State Representative Barb Haley seemed to be a rising star within the establishment ranks within St. Paul. After winning her election to the Minnesota House in 2016, she cozied up to Minority Leader Kurt Daudt and his lackeys, winning her the position of Minority Whip in 2020.

When Senate District 20’s seat opened up this year, she decided to throw her hat in the ring. Come the endorsing convention on April 2nd, she lost the Republican endorsement on the first ballot in a stunning loss – winning only 30% of the vote.

It’s not hard to see why Haley lost favor with her constituents. When Walz took up his tyrannical emergency powers in 2020, Haley was forced by grassroots activists to take action against his edicts. She offered up a bill that she said ended his “emergency”, but was really a big show to get conservatives off her back.

Haley even admitted that her bill did not eliminate Walz’ emergency powers, but simply tinkers with them – allowing him to declare another illegal and unconstitutional emergency.

Groups like North Star Liberty Alliance have repeatedly called out Haley for her lackluster performance in the legislature for years now.

Clearly, Liberty-Lovers in SD 20 have had enough of RINOs like her. Haley's loss is not only a victory for those who demand the best out of their elected officials, but also a devastating blow to the establishment that ignores the will of the people.