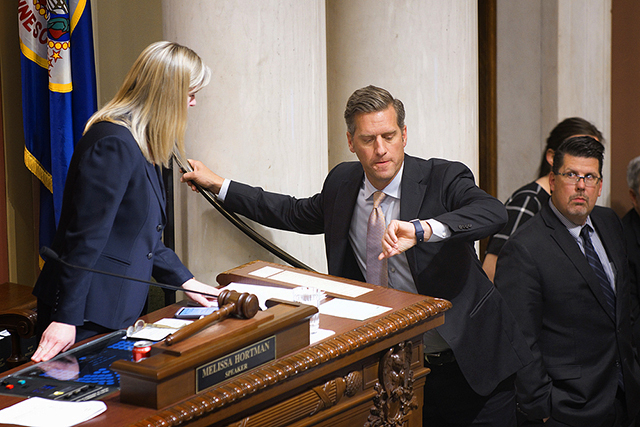 The left and right may not appear to agree on much, but that all changes when they meet under the Capitol rotunda.

Year after year, politicians in St Paul seek to increase regulations, spending, and taxes. Politicians who claim to be fiscal conservatives are nowhere to be found when it matters most. They’ll make excuses, or argue that they don’t have the support to fulfill their promises.

Wouldn’t it be nice if politicians did what they said they would when they were elected?

The best way to get your elected official to do what you want, is to put pressure on them. This can be as easy as a phone call or an email, telling them they aren’t voting the way they should. A great way to get their attention is to write a Letter-to-the-Editor (LTE) for your local newspaper.

For example, Paul Peters wrote a fantastic article about his representative, Nolan West (37B), criticizing him for not taking a harder stance against Governor Walz and his lockdowns. Going as far as threatening a primary challenge in 2022 if he doesn’t clean up his act! You can read the letter by clicking here.

LTE’s don’t always have to attack someone, either. Rep-Elect Erik Mortensen (55A) has taken a lot of heat from the media for his strong stance against Walz and his lockdowns. Mortensen has even pledged to introduce articles of impeachment against Walz after he is sworn in. He’s a true fighter, and fighters like him need some back-up!

Some liberty-lovers in 55A wrote LTE’s defending Mortensen, and his defense of Minnesota business-owners. Be sure to check out Tracy and Tina’s letters.

Don’t know where to start? We’re happy to help! Send us a note through this link and we’ll reach out!