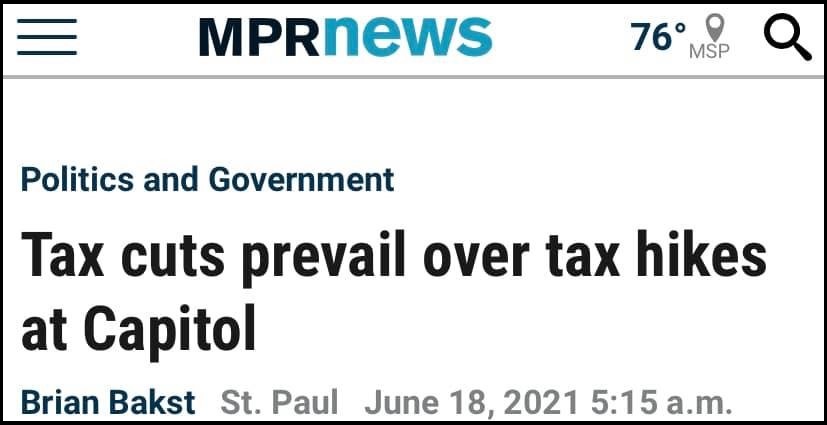 Even the left-wing MPR News knows that tax hikes are done for!

Though the state budget negotiations continue, it appears that any effort to jack up your taxes at the Capitol has been defeated. According to MPR, roughly 560,000 Minnesota businesses and independent tax filers will actually see tax returns this year. This is fantastic news, and it is all because of NSLA members like you!

You made the phone calls, you sent the emails, and you contributed your hard earned dollars towards this fight. At the beginning of this legislative session, North Star Liberty Alliance laid out their Legislative Roadmap that highlights the goals for this session. As of writing, two out of their three main targets are complete:

This is the second budget year where North Star Liberty Alliance has made an enormous impact thanks to  hardworking members like you. In 2019, NSLA ran targeted pressure campaigns to kill Walz’ gas tax proposal. The politicians heard your voices, and finally gave up on any kind of radical gas tax increases. Below are just a few examples of the ads that NSLA ran: 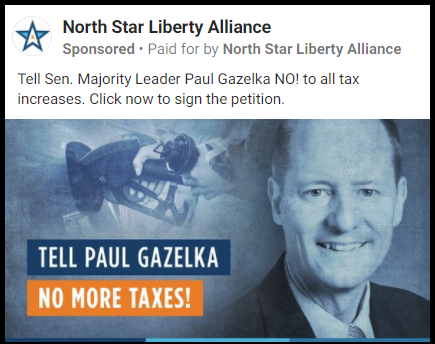 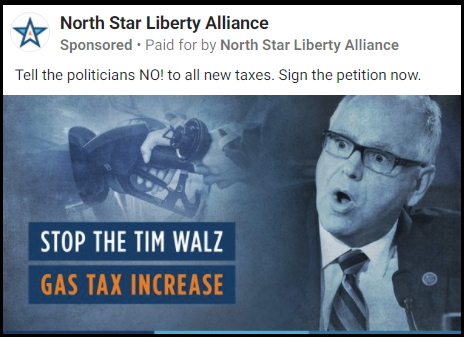 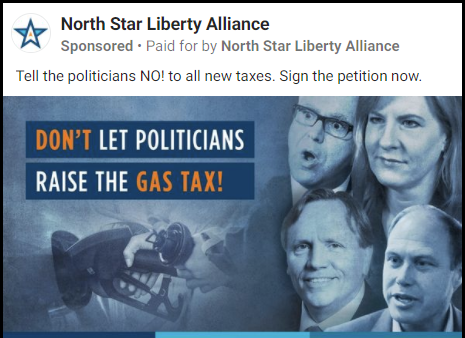 The whole team at NSLA cannot thank you enough for what you’ve done so far, but there is still work to be done. With merely days left of the legislative session, legislators are still defending Governor Walz and his ridiculous executive powers. The NSLA team needs to keep pushing ads and making phone calls! Will you pitch in to hold Walz accountable?

Contribute To The Effort To Hold Governor Walz Accountable