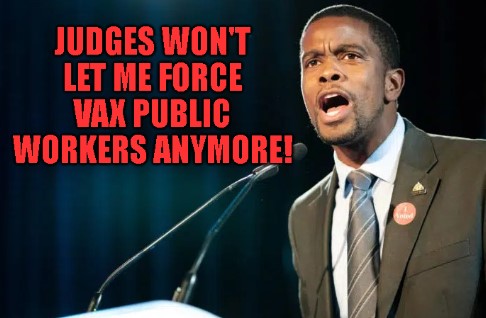 After a year of lost freedoms and everyday folk being told to take the jab to keep their job, employees of the city of St. Paul recently won their rights back.

When Big Pharma finished the vaccine, the city of St. Paul began requiring all of its employees to take the vaccine to continue to go to work. This is stricter than most other places as most places would still let you work if you were healthy and had no symptoms. Healthy people being allowed to work just makes sense if your goal is to keep everyone free and healthy. Of course, the city of St. Paul didn't want it’s employees free, the city wanted to instill compliance.

Over a year ago at least 5 city unions came forward to sue the city for forcing them to take the vaccine to work when they were healthy. To quote from the police union “We are not anti-vaccine, nor are we conspiracy theorists — we are reasonable and dedicated public servants who believe in personal choice. From day one, we’ve attempted to negotiate with city leadership to allow for a testing option for our unvaccinated employees, but the city has refused,”

Some argued that they had the right to choose what they wished to do with their own bodies. Others made the point that many of the city’s jobs were already understaffed and that St. Paul shouldn’t force a rule that would make hundreds more lose their jobs.

Finally, a judge has overlooked the case and has justly ruled in favor of the St. Paul employees.