Last Day Of Session: What Will Happen?

Last Day Of Session: What Will Happen? 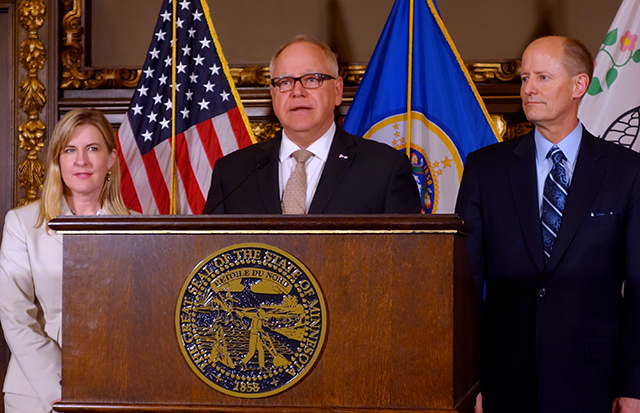 May 17th, 2021 is the last day that the state legislature can meet during a regular session. For the past several weeks, lawmakers have been struggling to put together a budget that will fund the state for the next two years. Both sides of the aisle are looking to stuff the budget omnibus with their pet projects that will drastically raise spending.

Despite campaigning on the tenant of fiscal conservatism, the Senate Republican budget proposal still increases overall spending. Take a look at a more in depth analysis of that proposal here. Worst of all, there are no real efforts to include serious emergency powers reform in these proposals.

Despite having the ability to bring budget negotiations to a halt, Paul Gazelka and Senate Republicans are not fighting to remove Governor Walz’ ability to declare an executive emergency like they campaigned on in 2020. Instead, they offered removing the mask mandate and the mandates on businesses in their budget proposal. Now that Walz has removed the mask mandate on his own, Senate Republicans really do not have much to offer.

The legislature will likely fail to come to an agreement on the budget and will need to go into a special session. Regardless of what happens with the budget, Walz will need to call a special session on June 14th to give legislators the opportunity to object to the renewal of his emergency powers. Knowing the weak attempts made in the past, Walz will keep his powers for at least 30 more days…

...Unless the people of Minnesota speak up.

Our elected leaders are accountable to us. When the North Star Liberty Alliance Grassroots Army speaks up, legislators listen. Make your voice heard by reaching out to your State Senator and State Representative by clicking here.

Then, sign the petition to impeach Governor Walz. These Impeachment Petition signatures will be sent to your legislators in an effort to get them on board. Sign now to show your support.