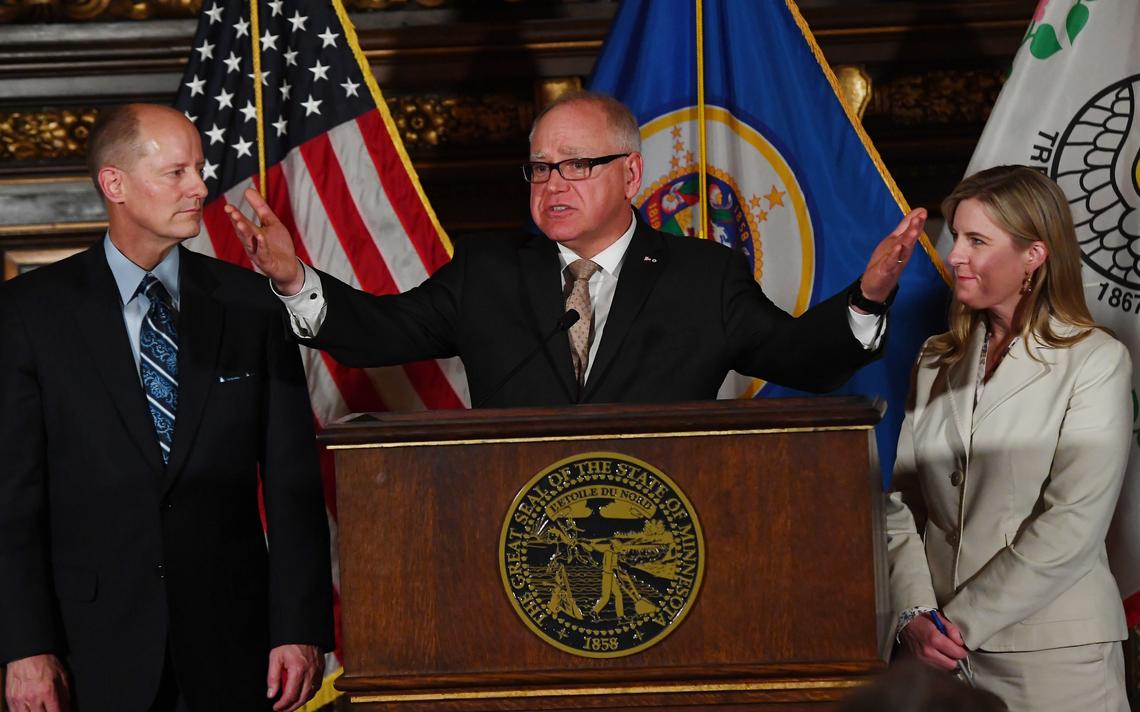 Governor Tim Walz has spent the last week pushing his radical budget proposal, which would seek to drastically increase taxes on Minnesotans.

Republicans have countered with a “no new taxes” pledge that they may or may not keep.

Regardless of whether or not they do keep their promise, simply keeping the tax rate the same is not enough. Legislators should actively pursue tax and spending cuts for the upcoming biennium.

It’s no secret that Governor Walz is responsible for this economic recession. He’s had his pen ready to sign any job-killing executive order that’s been put in front of him for nearly 11 months.

In a last ditch effort to clean up his mess, he has proposed millions in new spending and taxes to try and keep the people of Minnesota happy.

Read our analysis of Walz’ proposal.

Republican legislators should not accept the status quo. They should take this opportunity to refuse any consideration of Walz’ budget ideas until he gives up his economy-crushing executive orders.

IF they consider a budget, they must hold the line against tax and spending increases. If spending is cut, there is no budget deficit! In fact, if spending remained the same, there would be a $2.9 billion surplus!

Read more about the reality of the budget.

It is a lot easier for your elected officials to increase spending instead of cutting it. They need to hear from you on this.

Use the link above to contact both your state representative and your state senator. Tell them that tax and spending increases are unacceptable in this economic recession.