Legislature to Convene Jan. 5th, Here's What Should Happen

Legislature to Convene Jan. 5th, Here's What Should Happen 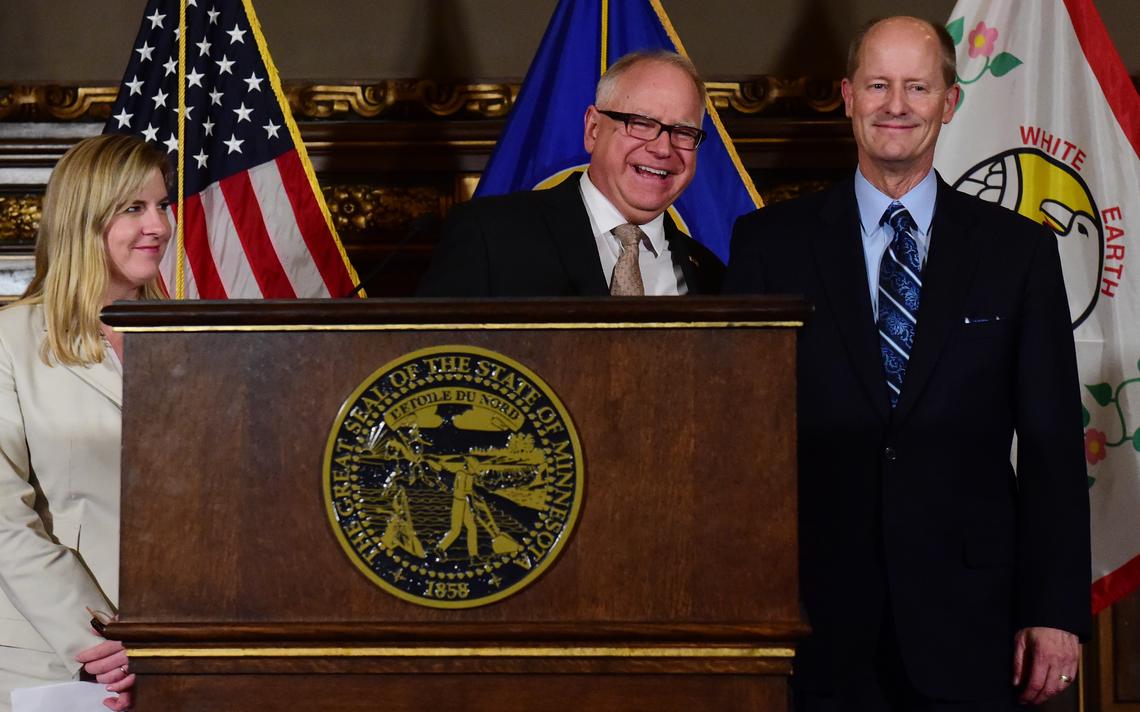 Though it feels like they never even took a break -- Thanks to Walz’ seven consecutive special sessions -- the legislature will be returning to session this coming Tuesday.

In order to have a “good session”, the legislature should prioritize the following items:

"Tyrant" Tim Walz has used the COVID-19 pandemic as an excuse to enact illegal and far-reaching executive orders that he has used to shut down our small business economy in the name of “safety”. Thanks to these orders, many restaurants and bars will close their doors forever.

Though similar executive orders in other states such as Wisconsin have been struck down by the courts, it appears the Minnesota Legislature alone has the power to revoke Walz’ powers.

For much of 2020, Walz has been using his executive powers to unilaterally write laws without consent of the legislature. Executive Orders have traditionally been used to rename a park or create a state holiday; but Walz has taken it to a new level. These orders are threatening the very livelihoods of Minnesotan small business owners, and are backed up with limited data that members of the legislature currently dispute.

Members of state legislatures in Michigan and Ohio have stood up and submitted articles of impeachment against their Governors, and Minnesota will soon join them. Rep-Elect Erik Mortensen has pledged to introduce articles of impeachment against Governor Walz. Before he does, he needs to know that he has support from his fellow legislators and the people of Minnesota.

North Star Liberty Alliance is on the verge of launching a statewide campaign to inform voters, and pressure legislators to impeach Governor Walz.

But we CANNOT do it without your help.

Sign our petition to Impeach Walz, and show Rep-Elect Mortensen that the people of Minnesota have his back in this fight.

Tim Walz campaigned on raising the gas tax, something he has been fighting tooth and nail for. Even the left-leaning StarTribune admits that his proposal would hurt lower-income citizens the worst. North Star Liberty Alliance members were key to pressure the legislature to not raise the Gas Tax stopping them in their tracks. Though NSLA helped stall his efforts in previous sessions, there is no reason to believe he won’t try again in 2021.

If there is anything both parties in St Paul can agree on, it is spending increases. The only disagreement is on what they should spend the money on. The left has signaled that they will be pushing for more than $1 Billion in racial reconciliation programs, while the right will likely compromise to slow spending increases, rather than stop them all together.

With all the uncertainty surrounding our state budget, now is the time to be frugal with our taxpayer dollars.

Knowing the current makeup of St Paul, there will likely be bipartisan opposition to all of these proposals.

If you want to see our list become a reality, the best thing you can do is to contact your State Representative and State Senator to tell them you’ve had enough of the status quo.

Use the link above to find out who represents you. After you call AND email your State Rep and State Senator, be sure to send this article to your friends and family. Then, sign our petition supporting the impeachment of “Tyrant” Tim Walz.

After a year in which our civil liberties were under attack, 2021 has the potential to be the year that we take back our freedoms and leave bureaucrats like Walz behind.