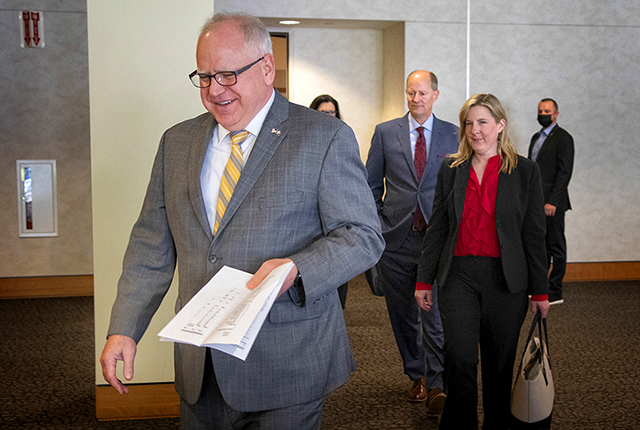 When the regular legislative session ended on May 17th, political leaders created more questions than answers. Despite announcing a budget deal, the budget bills themselves have yet to be finalized. This all will be done at a special session Governor Walz will call in June.

This means that there are still plenty of opportunities for big government shills to sneak in their pet projects. Proposals like mandatory vaccines can still get snuck in just hours before the legislature is set to vote. When small proposals are snuck into huge spending bills, they often pass with flying colors.

Though Senate Republicans put on a good show against mandatory vaccines on the last day of session, that doesn’t mean they won’t let other problematic proposals go through. With this budget deal being announced, Gazelka has already agreed to fully fund state agencies that do not have your best intentions in mind.

If passed, Paul Gazelka would be throwing his weight behind full funding for the Minnesota Department of Health, which has teased their support for vaccine passports in the past. It appears that Governor Walz will try bribing Minnesotans to get the vaccine before he mandates it.

However, it's not too late to hold your legislative leaders accountable and stop this bad deal. Reach out to your State Senator and State Representative and tell them that this bad budget deal cannot stand.