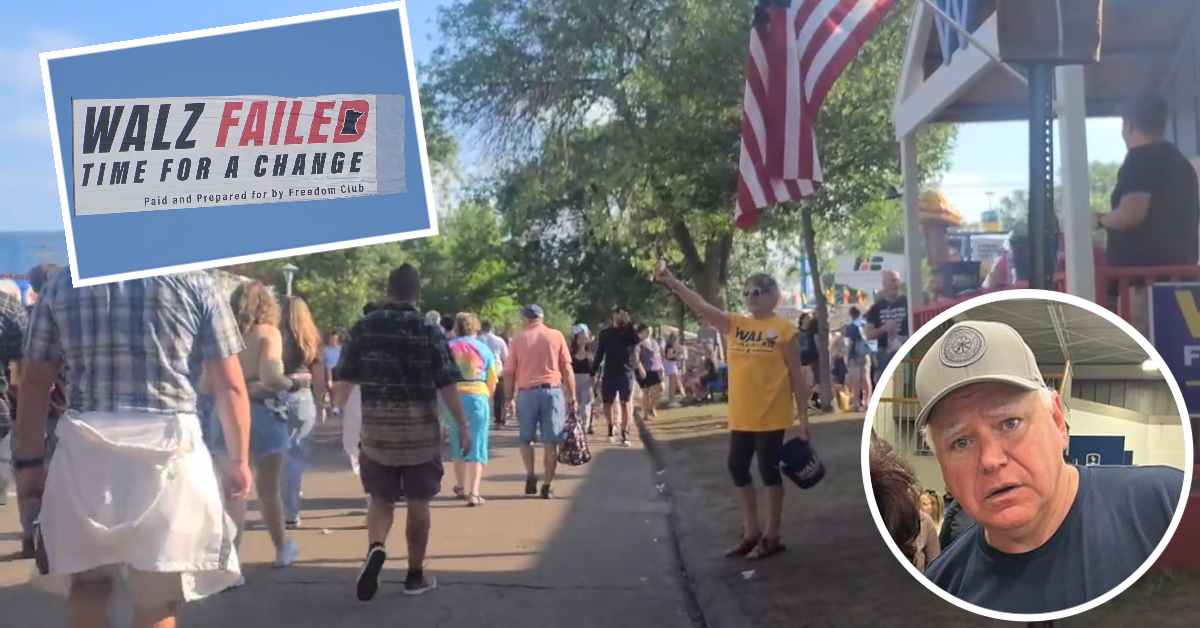 The Great Minnesota Get-Together comes for two weeks once a year, allowing Minnesotans from all across the state to gather and enjoy food, rides, and more. Ending on Labor Day, the Minnesota State Fair gave an exciting look into the upcoming 2022 midterm elections.

Governor Tim Walz – who has been heavily criticized for his excessive use of emergency powers during the COVID-19 pandemic – is up for re-election and will face Republican Scott Jensen. At the fair, momentum was clearly not in favor of Governor Walz.

Pictures taken throughout the fair show a minuscule presence at the Walz booth. A Twitter video shared by Rebecca Brannon shows that Walz volunteers could not even get a busy crowd to take one of his buttons. 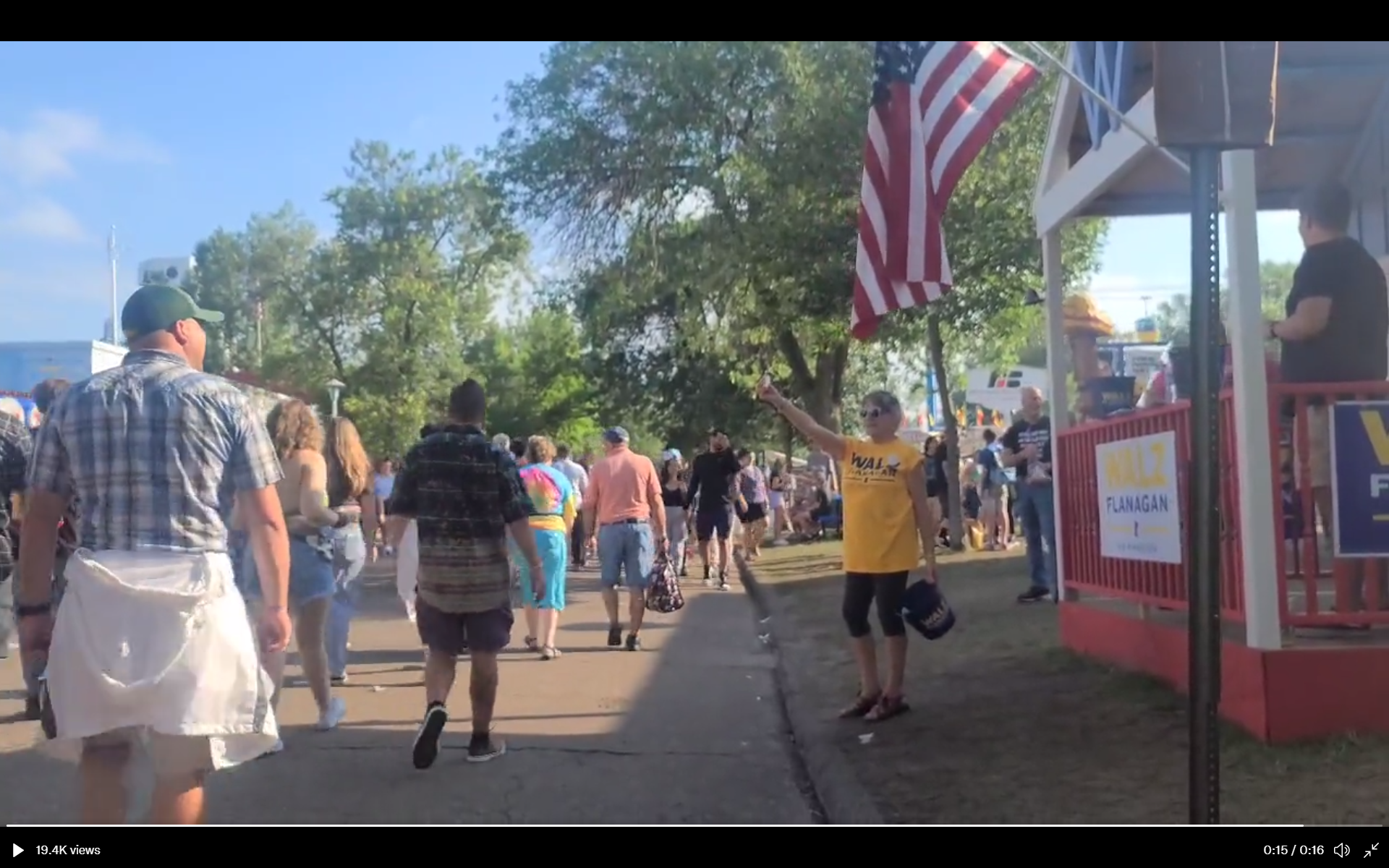 In contrast, Action 4 Liberty’s “Dump Walz” booth regularly had long lines with eager voters looking to get a “Walz Failed” fan and drawstring bag. To top it off, a plane flying above the fairgrounds towed a banner with the same slogan. 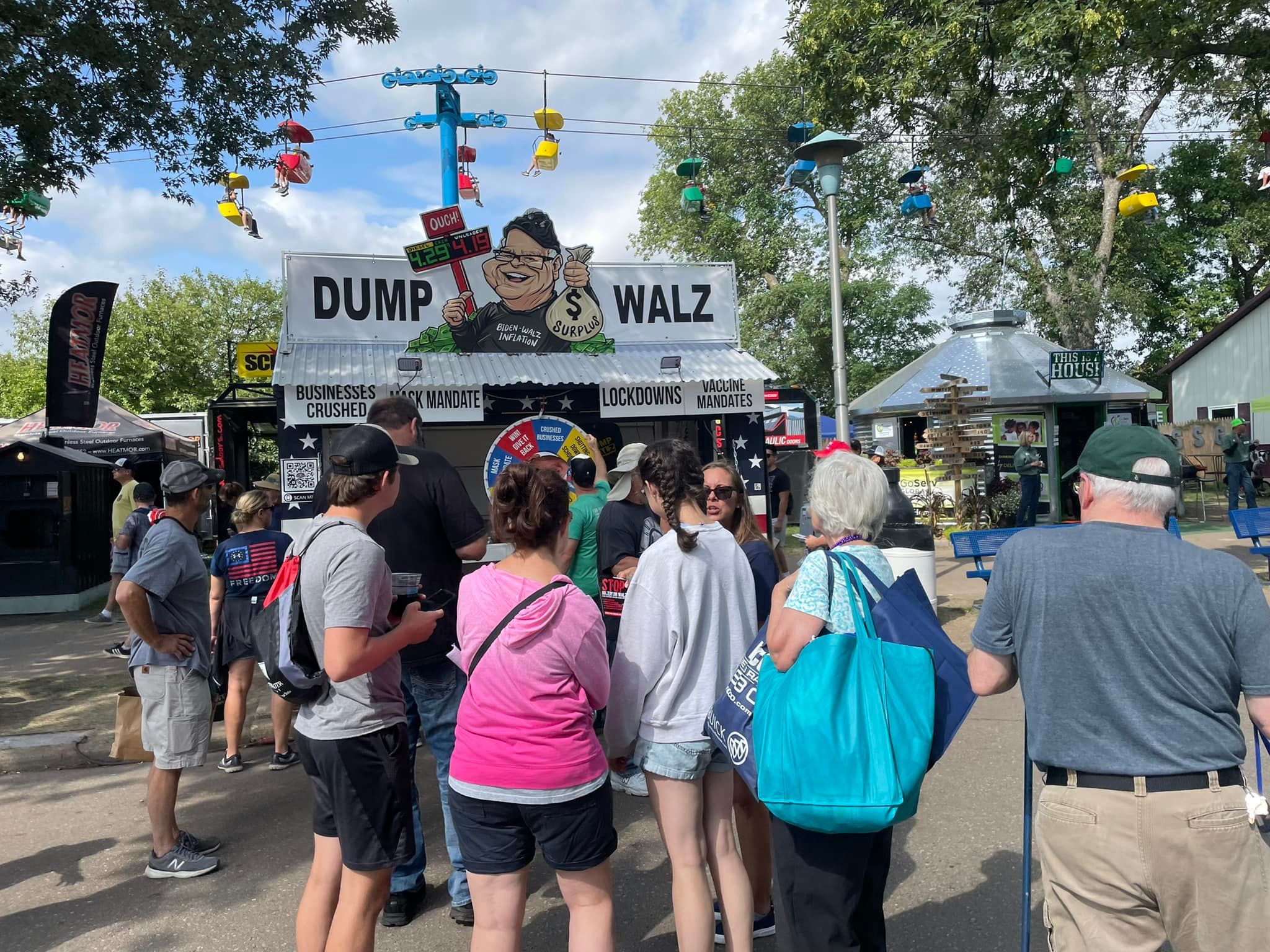 Walz’ Republican opponent also had a respectable showing at his booth. Jensen could be found at his booth every day of the fair, while Walz appears to have only been present once or twice. Apparently, he has better things to do than engage with voters.

While booth attendance does not give a good measure of voter turnout, it shows that voters are furious with Governor Walz. Minnesotans have had enough of the lockdowns, mandates, taxes, and gaslighting that has come with Walz' administration. Many at the fair have said "It's time for a change."