MASSIVE VICTORY Against The Political Class

MASSIVE VICTORY Against The Political Class 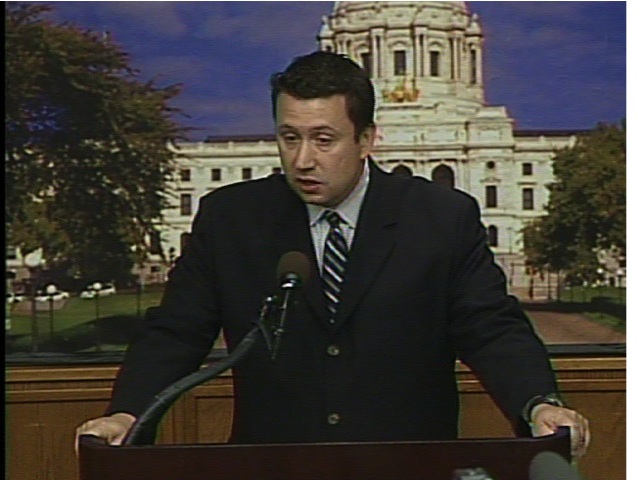 My team has once again fended off attacks from the far-left Democrats.

In March, the Minnesota Democrats (DFL) filed a sham campaign finance complaint against YOU through North Star Liberty Alliance -- as well as attacking Representative Erik Mortensen. In addition to seeking a nasty headline, the Democrats launched fake claims that NSLA is a partisan organization, despite the fact our group calls out corrupt politicians on both sides of the aisle.

North Star Liberty Alliance is recognized as a 501(c)4 nonpartisan nonprofit by the United States Internal Revenue Service and has been for the better part of a decade. They know this, but they don't care. Their goal was to dirty up your Alliance through a media smear campaign and get us to burn up resources.

Check out Rep. Mortensen’s March response to this bogus complaint below: 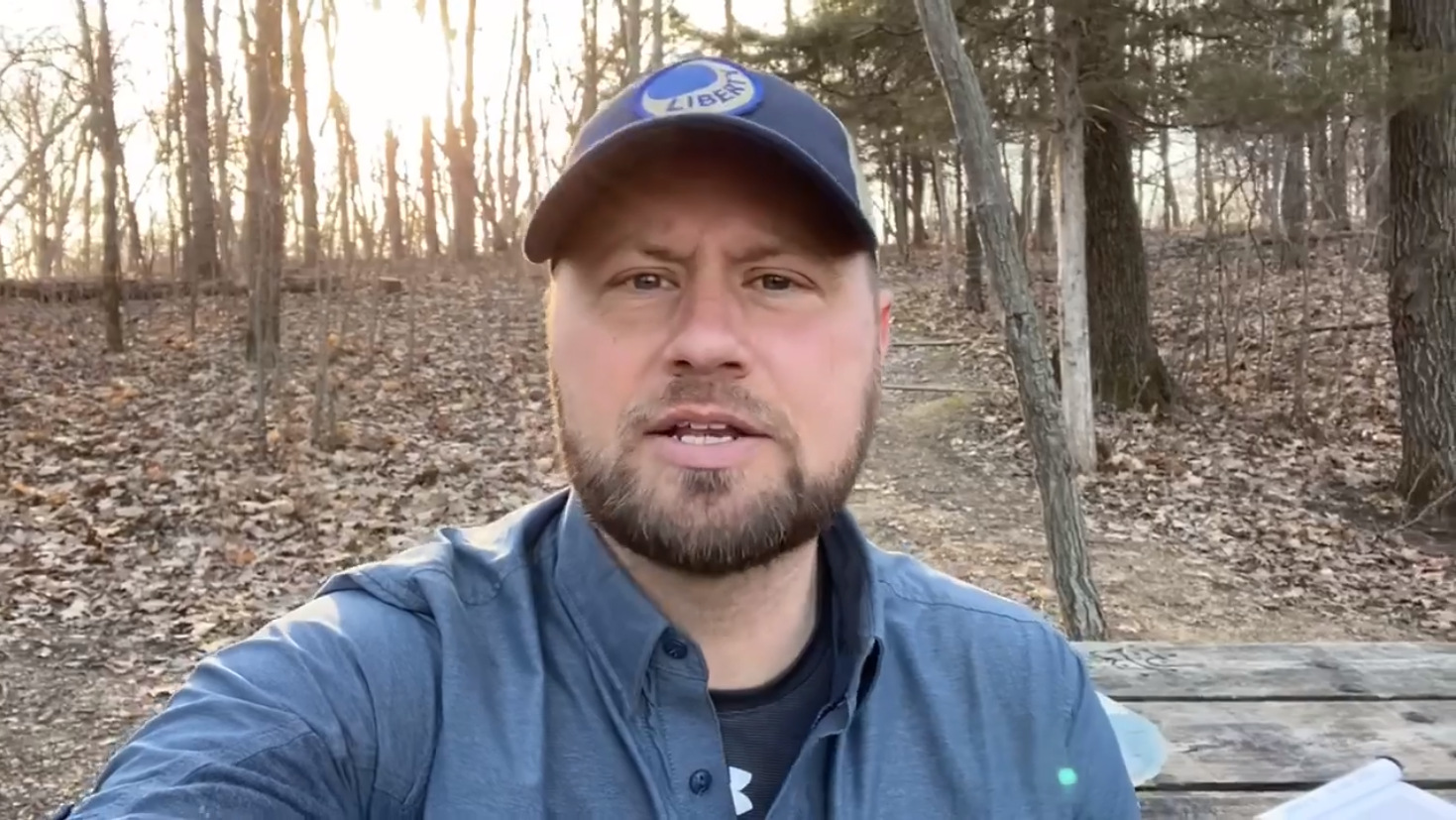 You can read about our initial response to the DFL’s lies HERE. You see, this complaint originated after my team’s efforts to Impeach corrupt Governor Tim Walz began picking up speed. Legislators on both sides of the aisle have been cowering in fear, HOPING that your North Star Liberty Alliance won’t launch a pressure campaign exposing them for not signing on to Impeachment.

The far-left realized that my team’s efforts to educate grassroots activists like you have proven effective and sought to silence you!

On Thursday, the radical-left and political establishment humiliated themselves and failed in their try to bury your Alliance. WE WON.

The Minnesota Campaign Finance Board (CFB) realized that this complaint was totally bogus and handed NSLA the win. 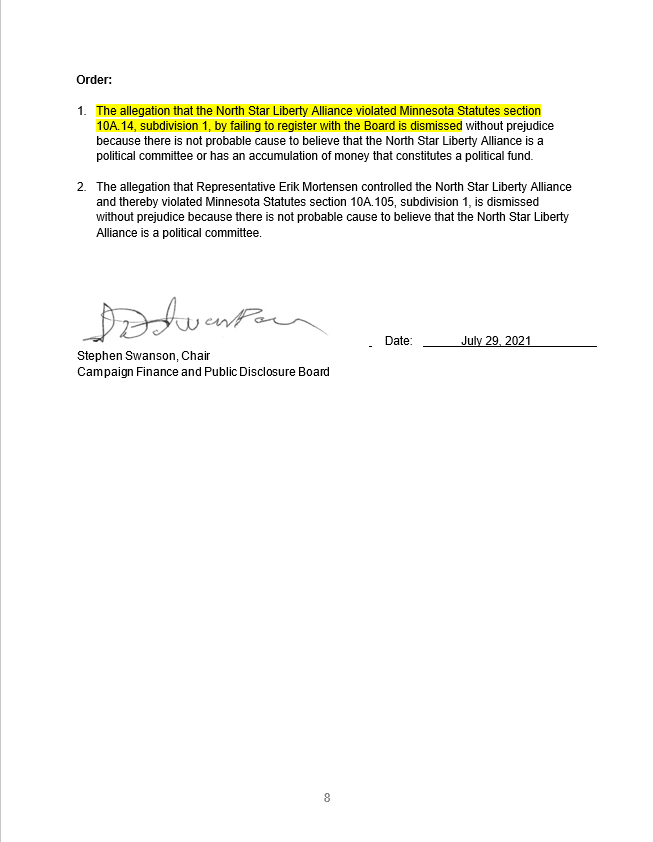 That has to sting pretty bad for these Radical Leftists and Democrats, as well as Republicans who aided in this attack. Of course, this is just a first of many a political barrages The Establishment will throw at liberty-lovers like us.

My team will continue to fend off attempts to silence YOU, but I cannot do it without your help! Will you pitch in to the fight to defend our liberties from the corrupt Polical Class? Give $25, $50, $100, or whatever you can afford right now.

Give What You Can!

You see, as long as my team’s efforts remain effective, you and I will always face pushback. Standing up for what you believe in comes at a cost… fortunately, I know patriots like you have my back. With you in our corner helping fight off these assaults, we can always be victorious from these assaults from the Leftists and the Political Class. Please, contribute to the fight to stand up to these politicians. They did not win this time, but that does not mean they will give up.