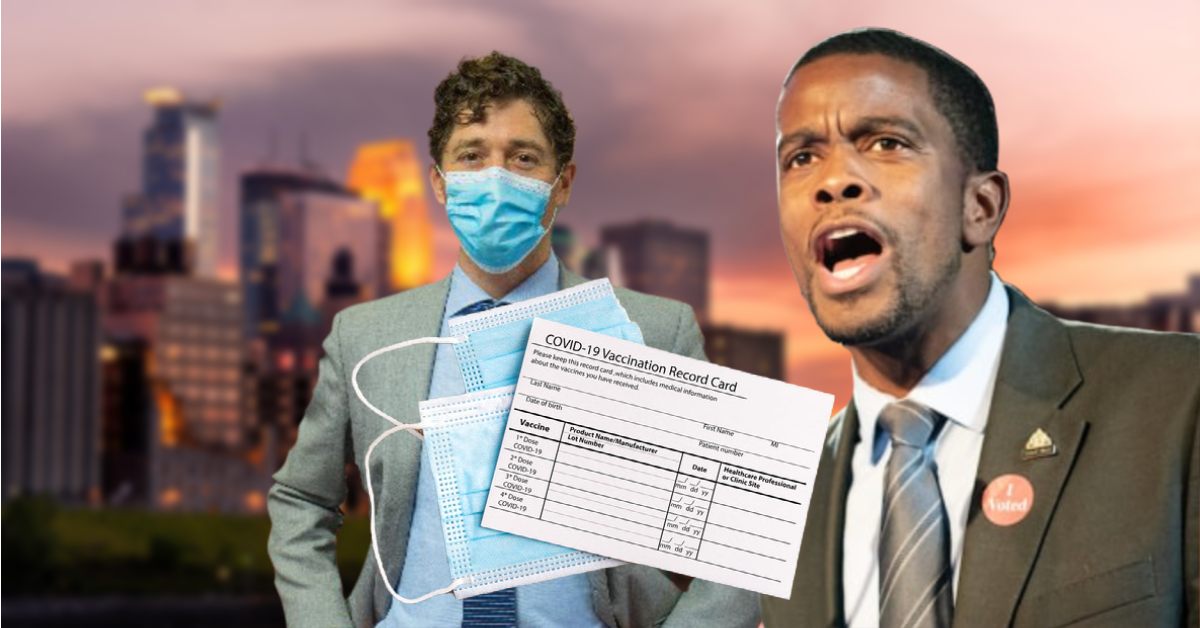 Less than 40 days after the enactment of vaccine passports for bars and restaurants in Minneapolis and St. Paul, Mayors Jacob Frey and Melvin Carter have announced on Thursday that they will be giving up on their mandate.

Did the twin mayors realize that making vaccination contingent upon participation in society is illogical and immoral? Not likely. If they truly took a vested interest in the well-being of their business communities, they would see that these vaccine passports were detrimental to their local economies.

Alpha News reports that restaurant reservations in Minneapolis are down a whopping 65% compared to 2019. No doubt thanks to how Jacob Frey is running his city into the ground. Though the data has not been reported on in St. Paul, there is no doubt that those businesses are struggling just as much.

Greg Urban of Wild Greg's Saloon in Minneapolis told North Star Liberty Alliance that... "The mandates and passports make no sense. Frey wasn’t following the numbers or science and was implementing these policies long before others. He was targeting businesses for political gain, a specific industry in a specific city."

Urban was on of the seven plaintiffs on a lawsuit against the City of Minneapolis for their lawsuit. Despite the rock-solid case that they made, a liberal judge struck down their request and defended the Minneapolis mandate. Thankfully, it appears that his lawsuit brought enough heat to force Mayors Frey and Carter to rescind their orders.

Repealing this immoral mandate on businesses is a step in the right direction, though it is a far-cry from freedom for these businesses. As of writing, there is no word on when the current mask mandates in Minneapolis and St. Paul will be lifted.