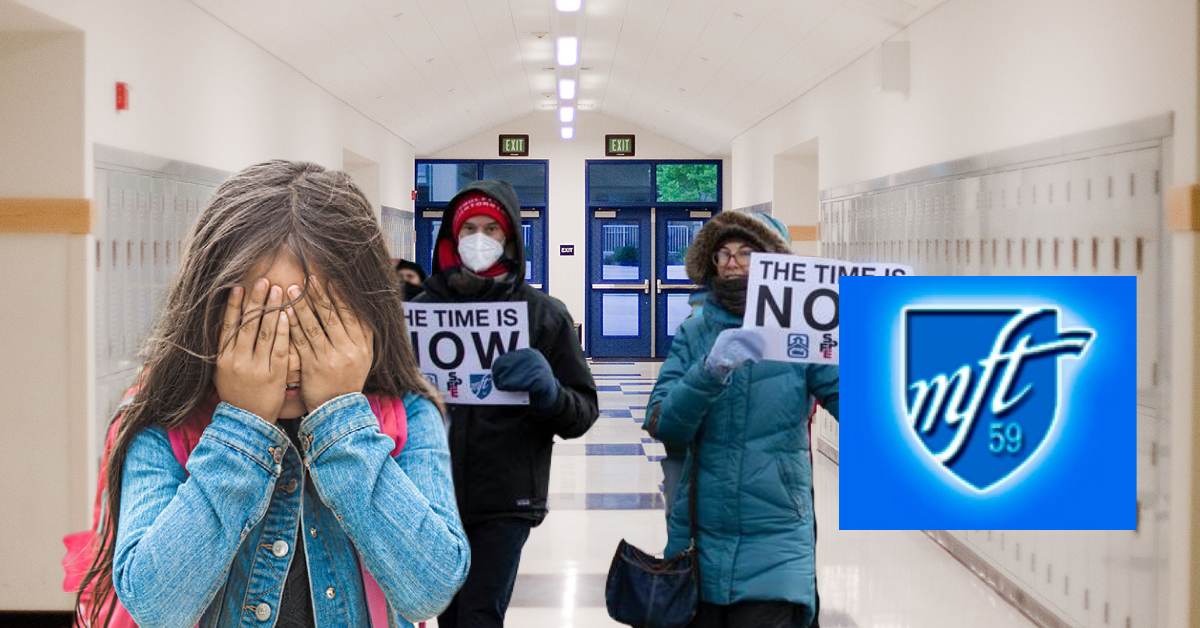 Parents were alarmed to discover that they would need to keep their kids at home on Tuesday morning, as the Minneapolis Federation of Teachers announced that they would be canceling classes and go on a 10-day strike.

The strike comes as the Minneapolis Teachers Union announced that they need “smaller class sizes, mental health support, competitive pay and overall systemic change.” All of which are presumably to be funded on the taxpayer’s dime.

After nearly two years of disruptions by an intrusive government, a teacher’s strike is the last thing parents need. Zoom classes, forced masking, and questionable curriculum standards have already contributed to a net decrease in public school enrollment in Minnesota.

Kare 11 reports that public school enrollment dropped 2.3% from 2020-2021, meaning that a whopping 21,000 students are being educated elsewhere.

Unions like the Minneapolis Federation of Teachers are only strengthening the case that there needs to be a serious alternative to public schools. This is precisely why legislators need to take action and pass Education Savings Accounts in Minnesota.

Education Savings Accounts (ESAs) allow parents to withdraw their child from public schools, and put their tax dollars towards tuition payments at a private or charter school. The Republican Senate Majority had this as part of their budget proposal in 2021, but dropped it the second it received DFL criticism.

This legislative session is crucial for parents. Will you contact your legislator and demand that they stand up for School Choice and ESAs?