Minnesota Economy Slow To Recover Thanks To Walz

Minnesota Economy Slow To Recover Thanks To Walz 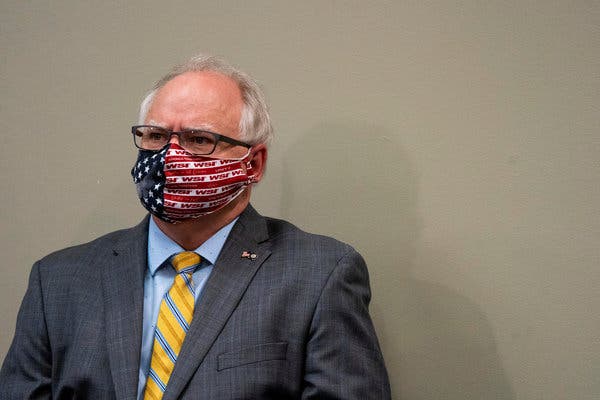 There is a lot of confusion surrounding Minnesota’s economic recovery. Many businesses have either closed down for good or relocated due to factors like safety concerns, high taxes, and uncertainty about future lockdowns. When you look at the root cause of this economic devastation, all signs point back to Governor Tim Walz.

Even now as many states have completely stripped any kind of COVID-19 regulation, Walz is hoping that he can hold on to his unilateral powers for a few more months. Tyrant Tim’s announcement that the mask mandate will remain in place until July has got to be a disappointment for freedom lovers everywhere.

It’s no wonder that construction in the Twin Cities only grew by 1% in March. People are not looking to start their fledgling business in Minnesota, and certainly are not looking to continue their business here. If Walz truly cared about the wellbeing of Minnesotans, he would fight to ensure economic prosperity for all people, not just the big box stores.

Instead of proposing radical tax and spending increases, Governor Walz and legislators must return the $1.6 billion budget surplus to the people of Minnesota and implement steep tax cuts to ensure that the government stops overtaxing its citizens. Then and only then Minnesota can begin to shed its reputation as a high tax/big regulation state.

Will Walz ever do this? Probably not. He has thus far refused to admit just how much damage he has caused by keeping small businesses in the dark for over a year. He thinks he is saving lives with his unilateral executive orders, when in reality he may actually be putting them in jeopardy.

If Walz’ bad behavior is ignored, future governors may take that as a sign that they too can rule the state via executive order without consequence. Because Walz wielded his power with bad data, killing businesses and livelihoods in the process, he must be impeached and removed from office.

Impeachment is not an action to take lightly, but it is a necessary one. Representative Erik Mortensen has prepared Articles of Impeachment against Walz for his conduct and needs cosponsors to gain traction. The North Star Liberty Alliance has been working hard to show legislators exactly why this is so important.

Sign on to the Impeachment Petition now and pledge your support to the cause. Every name that’s added to the petition is another name that your legislator needs to read when weighing their options on impeachment.