Minnesota Republicans Fail To Deliver For Conservatives At Capitol

Minnesota Republicans Fail To Deliver For Conservatives At Capitol 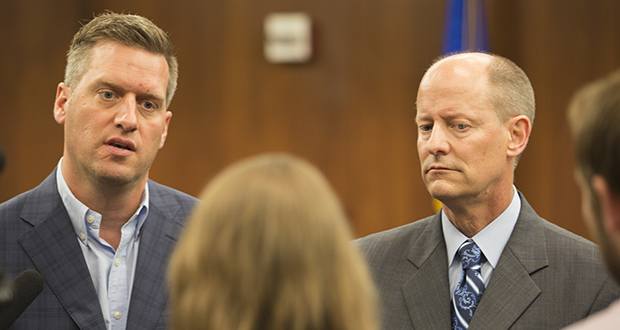 Back in January, Republicans began the legislative session with a lot of promises for their conservative constituents. Among their priorities were ending Walz’ emergency powers, stopping tax increases, and putting the state back on a path of economic recovery. There were efforts made to accomplish these things, but Senate Republicans ultimately fell flat on some of their core issues. Issues like:

Thanks to the consistent phone calls and emails from liberty activists across the state, legislators finally voted to end Governor Walz’ executive emergency. This comes after more than a year of failing to do so. Just because his emergency is over, however, does not mean he cannot declare another one.

Senate Republicans failed to force the issue of restructuring Chapter 12 of the Minnesota State Statutes, which gives the governor the ability to declare sweeping executive emergencies. When Senate Majority Leader Paul Gazelka had the opportunity to force Walz to sign Representative Mortensen’s Never Again bill, he made no effort to do so.

Governor Walz and Attorney General Ellison are just now coming off of a year-long powertrip. In this past year, they have hunted down and arrested hard working business owners for daring to open their businesses to the public. In December of 2020, Senator Gazelka threatened to cut funding towards the Attorney General’s office if this kind of behavior continued. Instead, Gazelka voted to increase the AG budget.

This is an issue that Senate Republicans came out of the gate swinging on. School choice advocates were excited about the prospect of a voucher system in which parents could put their tax dollars towards paying for the tuition at a private or charter school. After talking a big game on this issue, Senate Republicans dropped the proposal outright, and instead increased public school funding.

Governor Walz’ administration has been toying with radical market intervention for a long time now. Republicans hoped to delay his “California Car Mandates” this session, which will increase consumer prices on new vehicles, and regulate which kinds of cars are sold in Minnesota. Instead of stopping this thing dead in its tracks, they decided they can make it an election issue for 2022.

By ceding ground to the radical left, supposed “conservatives” haven’t conserved anything! This $52 billion budget bill is an extraordinary increase in spending that lets Governor Walz and his pals get away with their atrocities over the past year. Worse yet, establishment figures like Paul Gazelka and Kurt Daudt fought efforts to Impeach Governor Walz!

Though session may be over, you can be sure that Articles of Impeachment will be in place for the 2022 legislative session. Sign the Official Impeachment Petition NOW to show your legislators how important it is to you!