Struggling business owners all around the state have had enough of Governor Walz and his illegal orders, and have decided to open up. Now, he’s asking police departments statewide to double down on enforcement. Here are just a few of the patriots who have stood up:

Jane Moss - owner of Boardwalk Bar and Grill in East Grand Forks - is being attacked with a lawsuit by AG Keith Ellison! She is going to court to defend her right to open her business TOMORROW! You can find her legal support fund here.

Larvitar Mcfarquhar - owner of Haven’s Garden in Lynd - was one of the first patriots to stand up to Walz. When her license was revoked by the state, Southwest Health and Human Services voted to reinstate her license on the state's behalf. Ellison hasn't given up, and will keep fighting Larvita every step of the way.

Chad Walsh - an owner of a gun range shut down by Walz - has come out and said these orders are NOT enforceable by local authorities. Chad cites MN Statute 624.7192, which states that no government official may "prohibit, regulate, or curtail the otherwise lawful possession, carrying, transportation, transfer, defensive use, or other lawful use" of firearms, ammunition or components of those items.”. Though Chad is fully within his rights to remain open, he continues to be harassed by Walz’ cronies!

These are just a few of hundreds of business owners in Minnesota who are ready to defy Walz, and open their business to their community.

Don’t forget - When Tim Walz ran for Governor, he touted the phrase “One Minnesota” as a rallying cry for unity in the state. Under his governance, Minnesota is more divided than it has been in years. Don’t take my word for it, take a look at this letter his administration sent out: 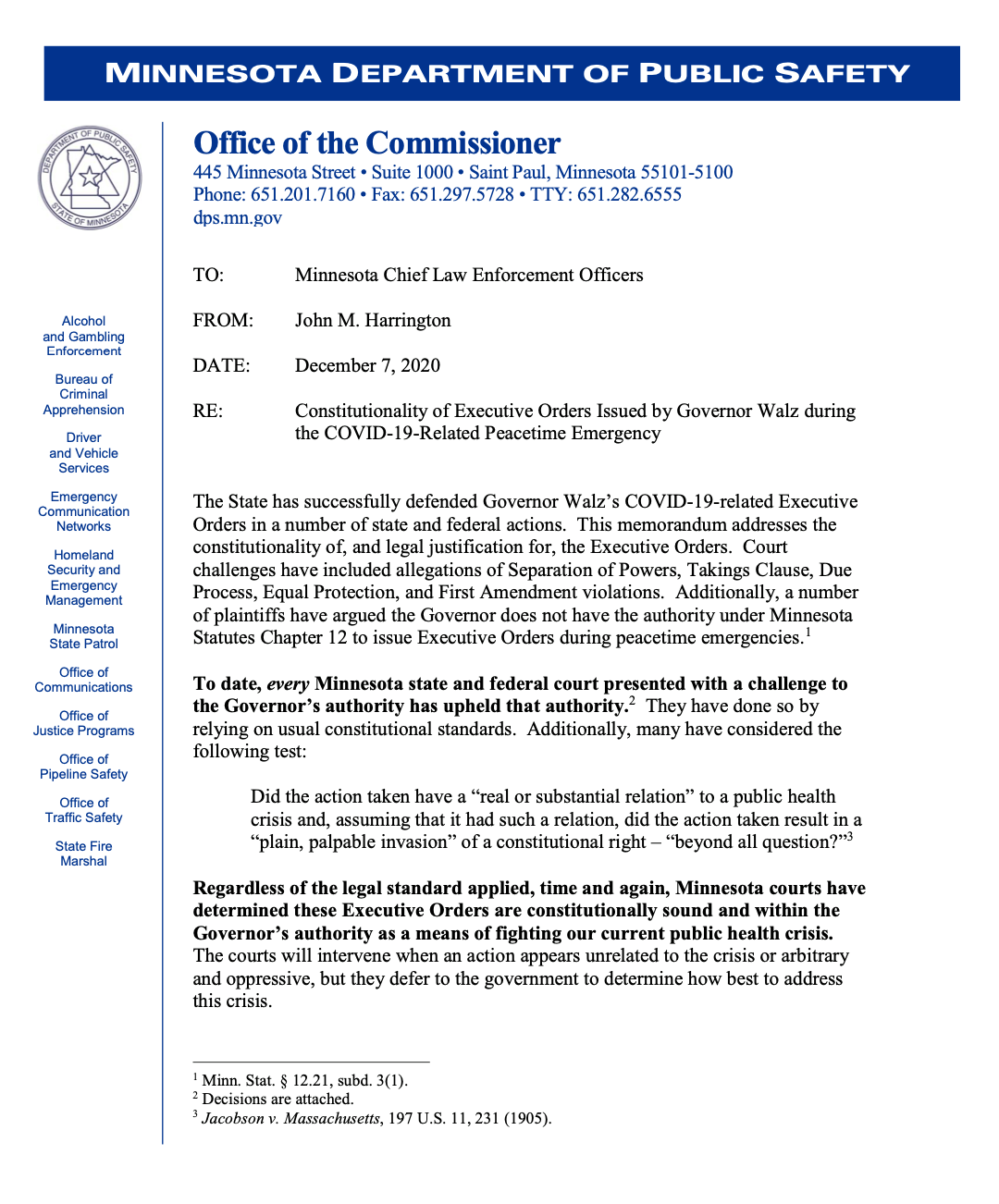 The letter above was sent out to police departments statewide, asking them to enforce Walz’ unlawful executive order keeping business owners like Jane, Larvita, and Chad from protecting their livelihoods. The very notion of government closing down business statewise was unthinkable just a year ago... Now, Walz is trying to normalize it.

These businesses deserve our support. The team at your North Star Liberty Alliance encourages you to help anyway you can, whether it means donating to their legal funds, visiting these establishments, or even calling your legislator and telling them to end Walz’ powers keeping business in MN shut down.

Use this link to find who represents you, and remind them to re-open Minnesota when the Legislature meets in January.