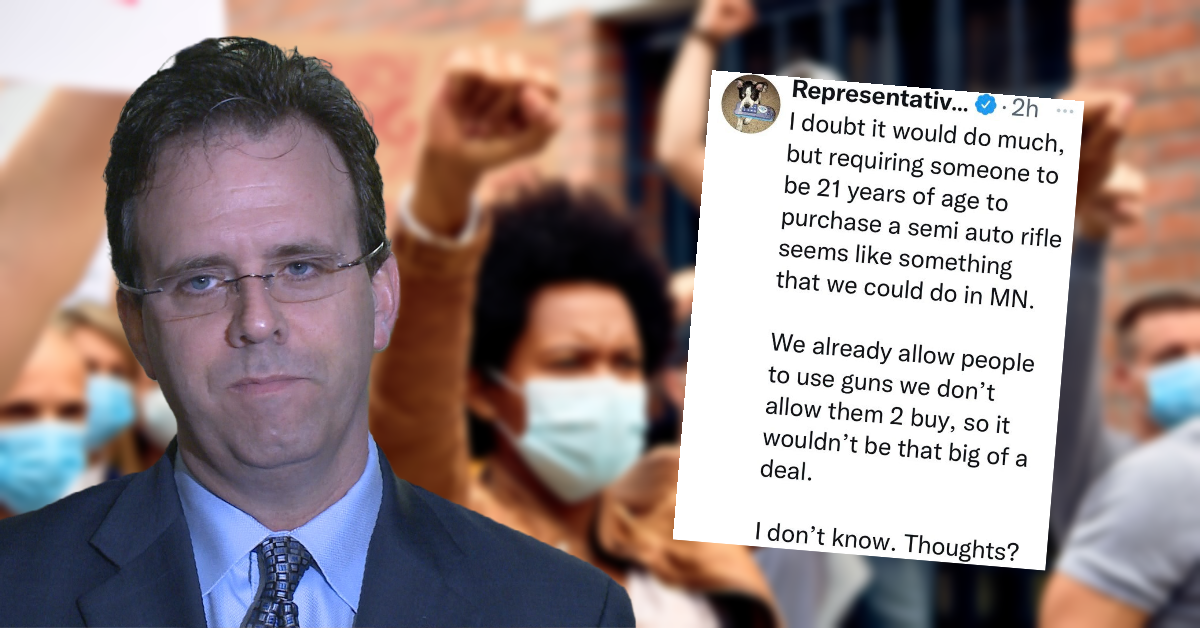 Most voters typically associate the Republican party with being the party of conservatives. Fortunately for big government leftists, this is not the case.

Minnesota is a breeding ground for moderate politicians who allow the slow but steady chipping away of our civil liberties. Look no further than career politician and Minnesota State Representative Pat Garofalo.

Spending nearly two decades in the Minnesota legislature, Garofalo has built a track record as a Republican eager to compromise. On Thursday, he teased his support for new gun control proposals via Twitter. 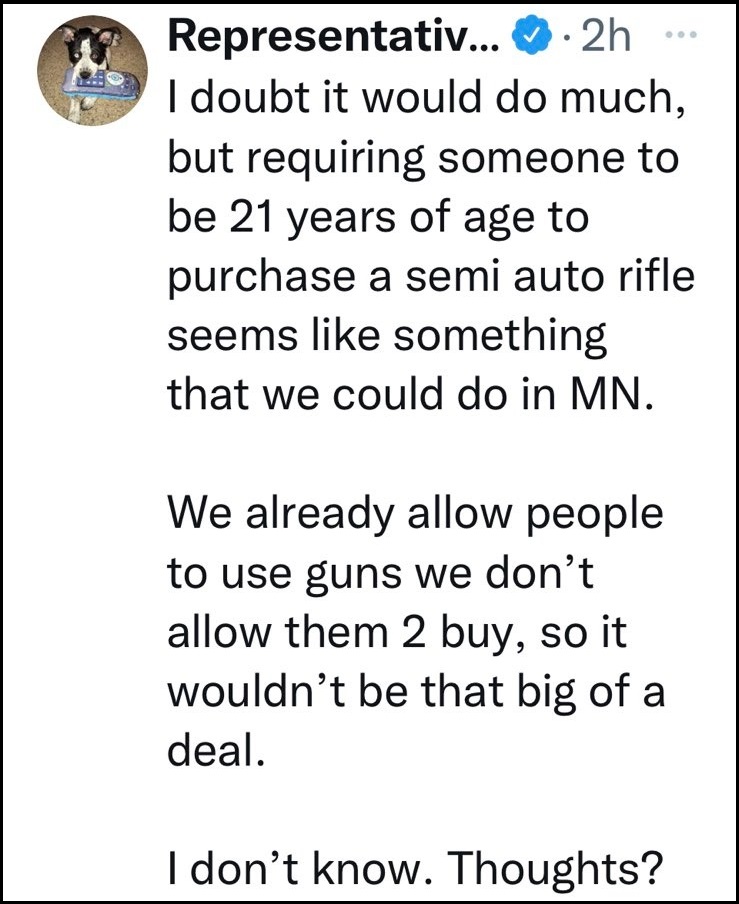 Garofalo tweeted that “...requiring someone to be 21 years of age to purchase a semi auto rifle seems like something we could do in MN.” Then offering up a Twitter poll for his followers.

His support for new gun control measures come as a national conversation is forming surrounding gun control pushes from the left. Instead of holding his ground, Garofalo is giving in.

Does Representative Garofalo believe it fair that 18-year-olds can be drafted to fight and die for the United States but be restricted in their ability to purchase a firearm? Does he think it makes sense for an 18-year-old to vote but then be turned away when looking to invoke his second amendment right to keep and bear arms?

He ends his tweet with “...it wouldn’t be that big of a deal”—shame on him. Garofalo publicly toys with the idea to make it seem like he is being fair to both sides. This action alone is a betrayal of the trust of his conservative constituents.