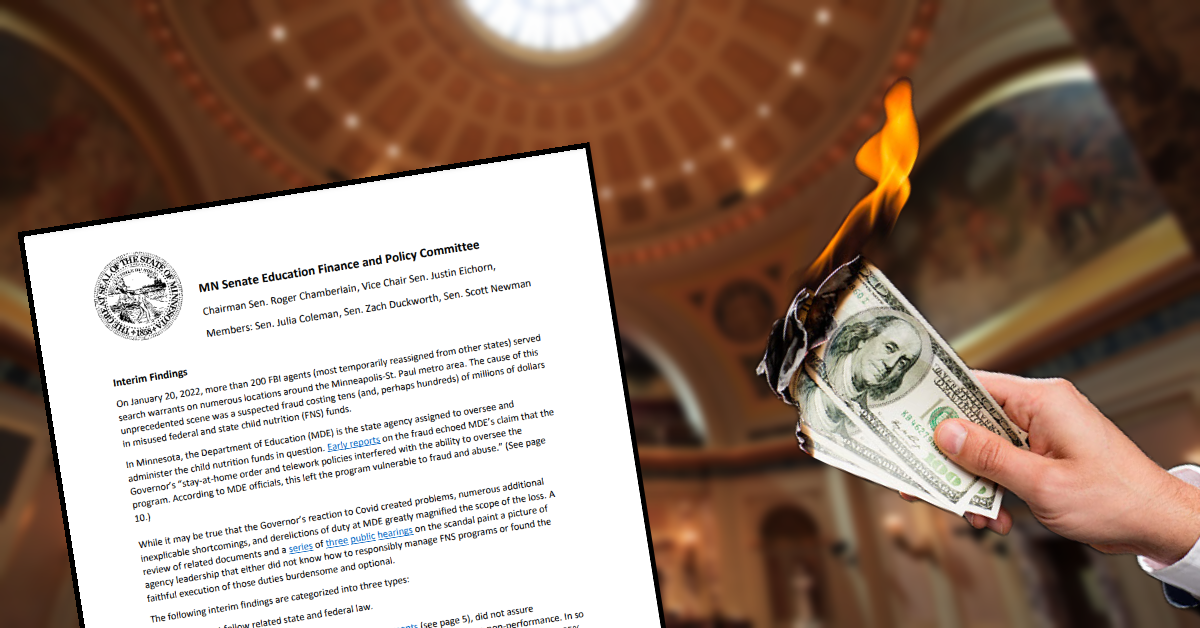 The MN Senate Education Finance and Policy Committee released a horrifying report on the Department of Education’s (MDE) conduct on Monday. The short three-page audit of the state’s free food covid policy found that the state could have allowed for upwards of $48 million in fraudulent claims.

The senate committee claims that MDE violated state and federal laws by relaxing restrictions and safety measures to prevent fraud. The word “fraud” is used an eye-popping 18 times in the short three-page report.

It seems as though the MDE was made aware of thousands of fraudulent claims in the distribution of free meals but failed to take action. The report notes that the MDE believed it would lose any challenge to the fraud in the courts, so it allowed the fraud to continue.

The report notes that this could be the nation's most prominent misuse of pandemic funds.

This is not the first time that the Minnesota State Government has allowed money to be stolen from taxpayers. In 2018, media outlets reported that more than $100 million in Child Care Assistance Program (CCAP) funds were stolen and funneled into foreign terrorist organizations.

Of course, the media talked about the issue briefly before sweeping it under the rug. Chances are, the same will be true for the abuse of generous covid welfare programs.

You can contact your state legislators here, and demand that they take action on this abuse of taxpayer dollars.