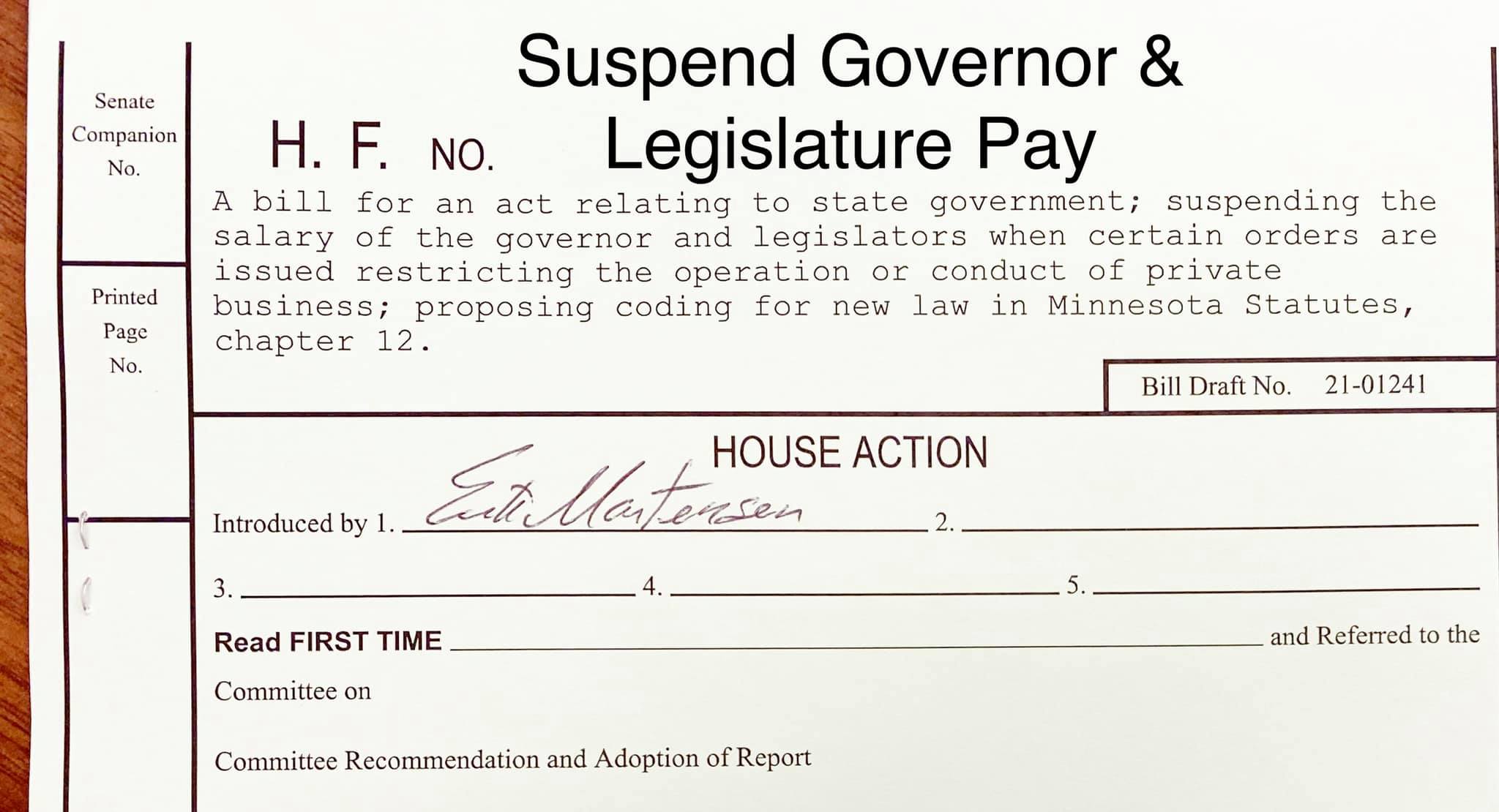 As we approach the one year anniversary of “15 days to slow the spread” (March 2020), it should be no surprise to anyone that Governor Walz is still clinging on to his emergency powers.

Luckily, with the beginning of a new biennium in St. Paul, we have new legislators who are willing to fight back. Thanks to our grassroots army of activists, voters ushered liberty-champion Erik Mortensen into the Minnesota House.

Mortensen has already caused the St. Paul establishment a great deal of headache by introducing legislation to end Walz’ emergency powers. Though his bravery is already a win for the people of Minnesota, he is not stopping there.

Mortensen has called out supporters of Tim Walz’ lockdowns for their blatant hypocrisy. While many small business owners must forgo a salary and shut down their bars and restaurants, Governor Walz continues to collect his regular paycheck, and reside in the luxurious governor’s mansion on Summit Avenue. With his new piece of legislation, Mortensen seeks to right this injustice.

The proposed legislation would:

“...suspend the salary of the governor and legislators when certain orders are issued restricting the operation or conduct or private business”.

In other words, as long as Walz and his friends in the legislature continue to cause economic chaos throughout the state, they will find themselves in a very similar situation.

Mortensen cannot do this alone. He must have the support from his fellow legislators in order to make it happen.

Use the link above to find out who represents you in the state legislature, and tell them to sign on to and vote for Mortensen’s bill.

The establishment cannot avoid the will of the people forever. Make your voice heard!

Sign our Petition to Impeach Walz Now, then consider a donation to North Star Liberty Alliance to help us make it happen.