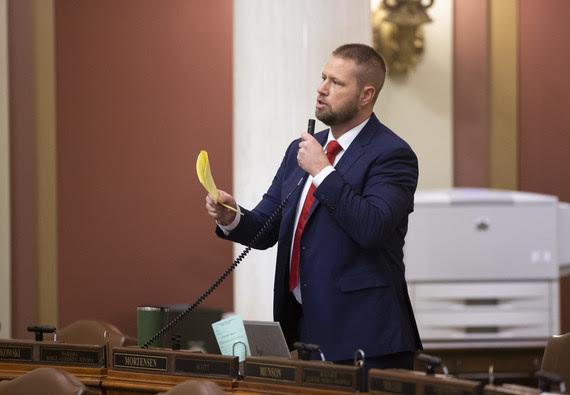 There has been a lot of talk surrounding Governor Walz’ emergency powers. For the past year, he has been using his powers to shut down businesses, family gatherings, and even livelihoods. Though there have been many attempts to repeal his powers, none have succeeded as a stubborn few in the house insist on protecting him.

This feels counterintuitive, as the governor has the flexibility to declare an emergency and use his powers without the legislature. Representative Erik Mortensen (R-55A) seeks to revive the legislature’s voice.

Mortensen introduced HF 2204, cited as the Unilateral Emergency Powers Repeal Act, seeks to protect citizen’s constitutional rights while returning a system of checks and balances to the state government. If it were to become law, this legislation would require a 2/3rds majority of legislators in both the senate and the house to declare an executive emergency.

This legislation also clarifies the criteria for an executive emergency, and reinforces the fact that the governor’s executive orders should not be treated as law.

This is the ONLY real repeal of Walz’ executive powers to date. Other legislators have introduced bills with a limited scope that still allow the executive branch much of its power. Representative Barb Haley’s bill, for example, only look to gain publicity, rather than actually solve the problem. Senator Dave Osmek’s recent proposal isn’t much better.

If Mortensen is going to get establishment Republicans on board with his bill, he’s going to need your help. Reach out to your state representative NOW, and ask them to sign on.

Then, sign on to the petition to impeach Governor Walz for his illegal and unconstitutional edicts while in office.