Mortensen Stands Up Against Establishment

Mortensen Stands Up Against Establishment 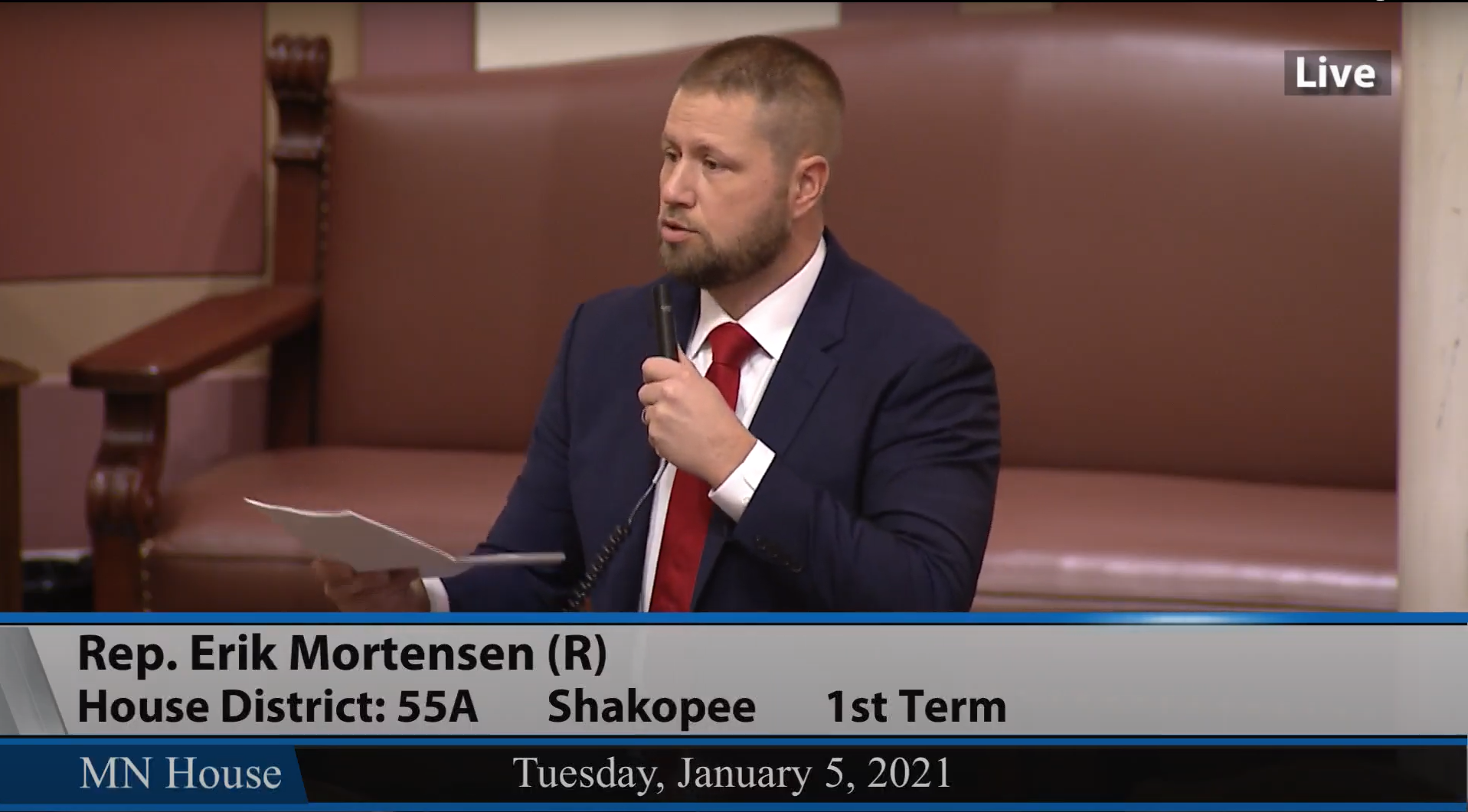 Though our liberty champion -- Representative Erik Mortensen -- was officially sworn in to the legislature yesterday, he was NOT met with open arms by the establishment.

Mortensen made a motion to hear his resolution which would end Governor Tim Walz’ emergency powers, and revoke his shutdown of the state economy. Speaker Hortman wouldn’t hear it.

Both her and Majority leader Ryan Winkler ruled Mortesen out of order, and tried to shove his resolution under the rug. Mortensen was ready for these kinds of shenanigans and appealed Speaker Hortman’s ruling. Fellow Republican legislators stood with him and against Hortman.

When it came down to it, DFLers who had voted against Walz’ emergency powers previously FLIPPED THEIR VOTES. Representatives Ecklund, Lislegard, Marquart, Pelowski, Sandstede and Sundin all voted AGAINST hearing Mortensen’s resolution, causing it to fail on the floor.

When their votes mattered most, they cast them against the people of Minnesota.

Are you fired up yet? Turn your frustration into action, and give their offices a call:

When you call and email them, DO NOT let them give you the typical political excuses. Representative Mortensen did his homework, and followed the rules of the house.

These representatives are defending Walz’ tyrannical powers, which are running small businesses into the ground.

If our grassroots army can put enough pressure on these legislators, maybe they will think twice when Representative Mortensen brings up his resolution AGAIN. Voters sent Mortensen to St. Paul to be a fighter, not a quitter!

After you have reached out to those six negligent legislators, please sign our petition to impeach Walz, and consider leaving a generous donation to help kick off our statewide grassroots effort to convince both voters and legislators that Walz MUST be impeached.