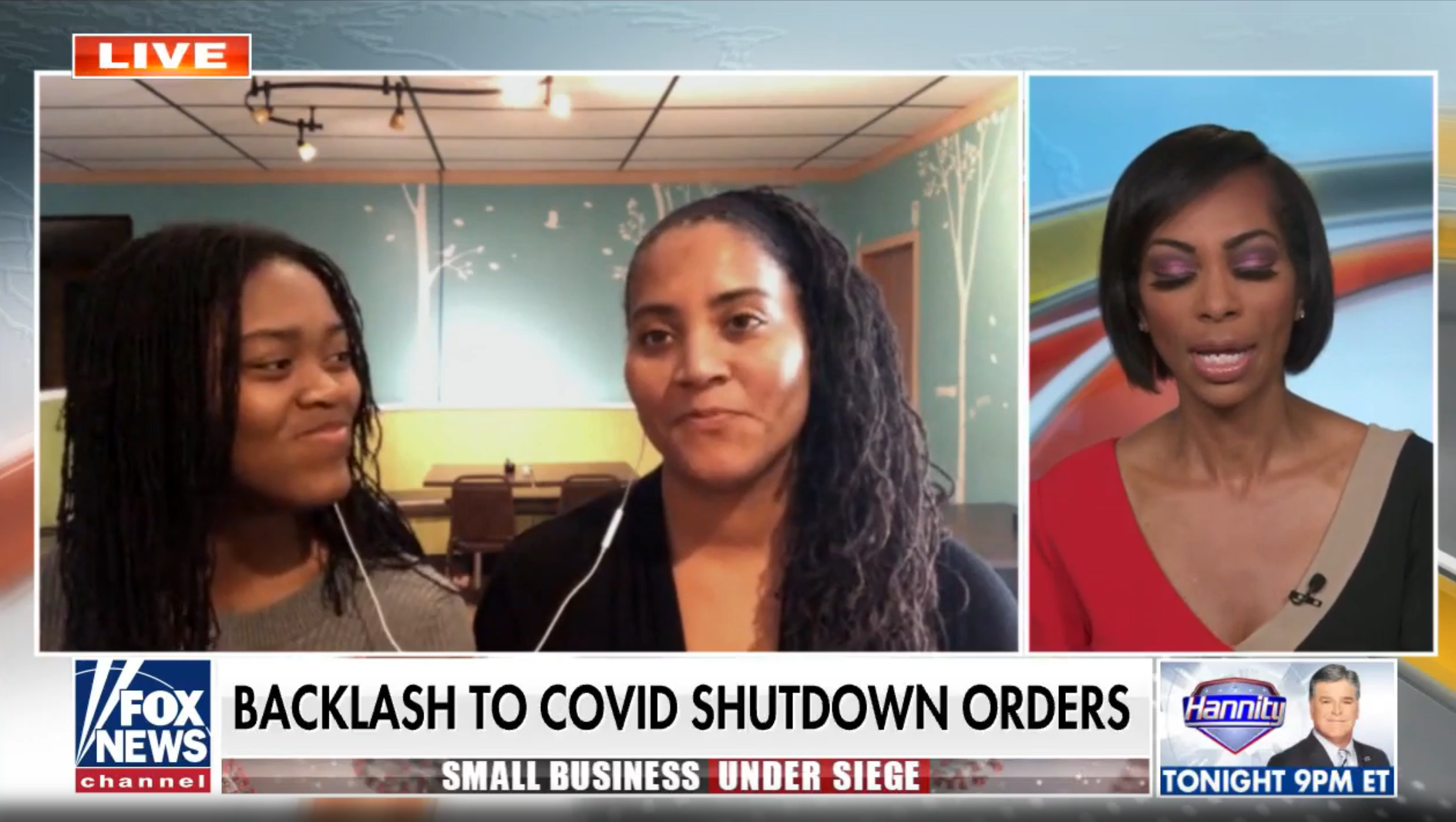 Though the legislature refuses to formally rescind Governor Walz’ illegal powers, Patriots around the state say they have had enough.

Patriots like Larvita McFarquhar (click here to see her appearance on Fox News!) have opened their businesses to the public. Serving customers and building a livelihood is not a radical idea, and yet Larvita has been targeted and threatened by the State of Minnesota for standing up for her business. The state even went as far as revoking her food handling permit!

Luckily, the Southwest Health and Human Services had some common sense, and voted to reinstate Larvita’s license (Check out her response here). 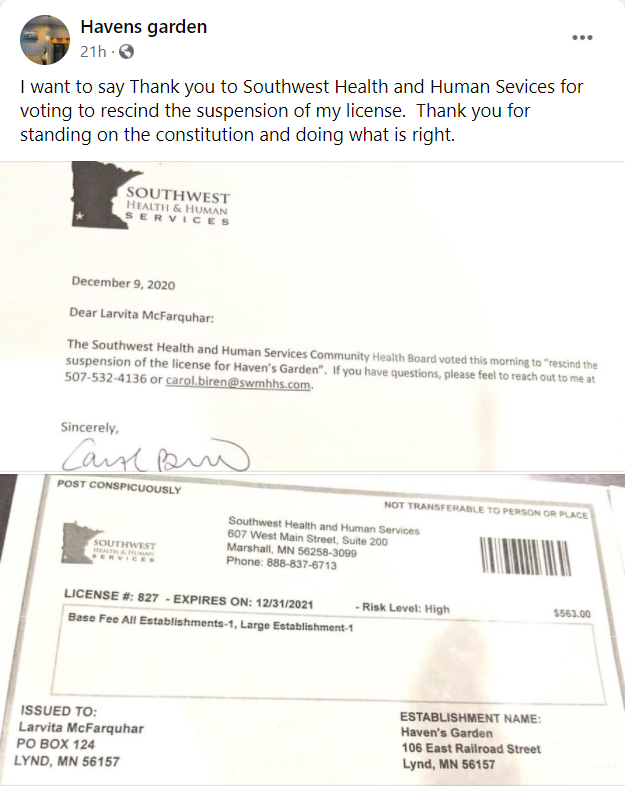 Though she has her permit back, the battle is far from over. Bring Me The News indicates that Larvita and her business may receive further pushback from the Attorney General’s office. Keith Ellison and his goons have already sued three small businesses, and indicated that they are ready to sue anybody who dares defy Walz' illegal orders.

Larvita has been a shining example of how to stand up to tyranny, and Jane Moss of East Grand Forks took notice.

Just minutes from the North Dakota border - where restaurants are free to serve food and drinks - Jane was ordered to keep her doors closed. The Grand Forks Herald reports that due to the shutdown, Jane’s bar has lost $150,000 in revenue that she will never get back!

On Wednesday, she announced that she had had enough.

Risking threats of jailtime from the Attorney General’s office, Jane announced that her bar would be open to anyone who would like to be served. On Wednesday night, a sheriff’s deputy doing Walz’ bidding showed up to try and shut her down. Jane did not budge.

While huge chain retailers and malls are allowed to remain open, small businesses and bars are struggling to make ends meet. Walz has single handedly shut down and killed our local economy, and appears willing to keep it that way for the foreseeable future. So much for “One Minnesota”.

The legislature could end all of this right now. As the Governor renews his tyrannical powers every 30 days, the MN House and Senate have the opportunity to vote against renewal. Last special session in November, neither the house nor the senate took up a vote.

As of now, it appears one of the only fighters Minnesotans have in St Paul is Rep-Elect Erik Mortensen. Mortensen has used his newfound following to promote the stories of Larvita, Jane, and countless others. The only problem is, he will not be sworn in until January! Which legislators will be forcing a vote in this December special session?

Your Legislator has the opportunity to end this all on Monday. Without pressure from voters, the legislature may let Walz’ tyrannical powers continue for another 30 days!