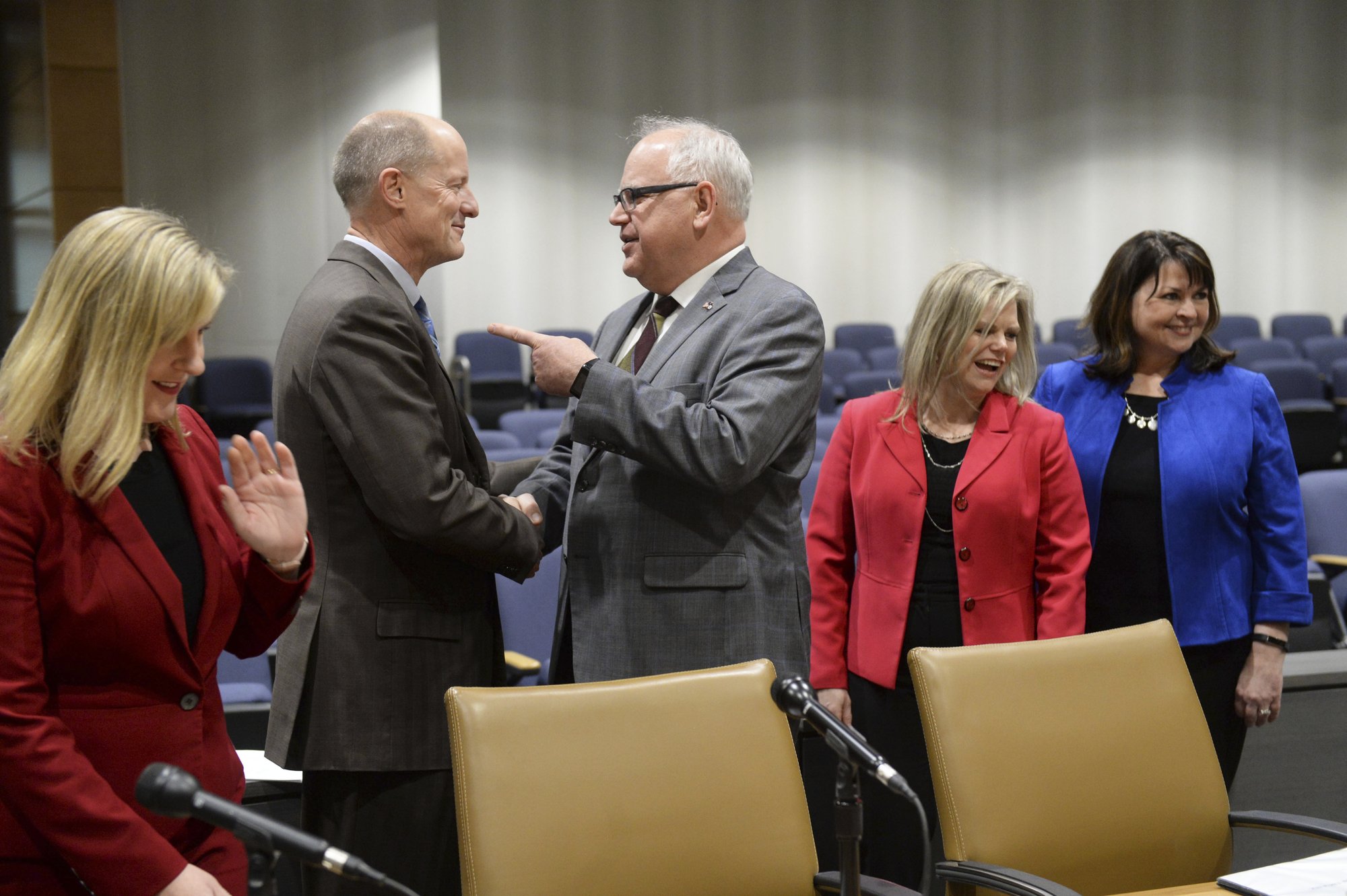 Former Majority Leader of the Minnesota Senate, Paul Gazelka, just announced his bid for Governor of Minnesota. In a crowded field of candidates, he may believe that he can lead a big enough faction to take the GOP endorsement and ultimately the nomination.

Before he goes to court conservative voters, he will need to answer to his epic shortcomings in the Minnesota Senate.

Thanks to Senator Mark Koran, a senate version of Representative Mortensen’s very popular Never Again bill was introduced. This proposal is the only piece of legislation to date that would strip the governor of their ability to declare an executive emergency without a 2/3rds majority vote from the legislature.

As Majority Leader, Paul Gazelka determined which legislation got to be heard on the floor. Despite the pushback from his conservative constituents, Gazelka refused to hear the never again bill and buried it as deep as he could.

What Walz got away with over the past year is a crime. No governor should have that much power, and the fact that Paul Gazelka did not do more to stop him raises red flags about his plans in office.

Because he served as Majority Leader for the Republican Senate Caucus, Gazelka had a lot of sway over what succeeded and failed on the floor. With this power, Gazelka had the ability to determine which of Walz' commissioners were fired, and which ones stayed. Senator Gazelka broke with the conservative base and DEFENDED Minnesota Department of Health (MDH) Commissioner Jan Malcolm.

The tyrannical edicts coming from the governor’s mansion last year -- including restaurant, business, and church closures as well as mask mandates -- were encouraged by MDH Commissioner Jan Malcolm.

One of the senate’s few checks on Governor Walz was their ability to fire commissioners. Even after the conservative base clamored for some sort of accountability, Senator Gazelka did not lift a finger.

Gazelka Will Not Stop Vaccine Mandates

As rumors swirl surrounding an upcoming September special legislative session, Representative Erik Mortensen has announced that he will introduce an amendment to ban vaccine mandates. Thousands of Minnesota voters have contacted their elected officials in support of this amendment, and yet none will put their name to paper and say that they will vote for it.

Notably, Paul Gazelka has not indicated what his plan is to stop vaccine mandates... if he has one at all! This is just one more indicator that Gazelka talks a big game, but refuses to take action when he is needed most.

Gazelka Will Run As A Moderate

During his press release, Senator Gazelka bragged about the fact that left-wing Senator Tom Bakk may be supporting his campaign for Governor. This is not the flex that Gazelka thinks it is.

Though Bakk is a newly independent member of the senate, he served several years as a DFLer as well as the DFL Minority Leader. As you could guess, Bakk is not exactly a conservative. This rings true with his pro-abortion and fiscally irresponsible votes in the legislature.

The fact that Gazelka even brings up this potential endorsement says that he plans to run a moderate campaign for governor.

There is a lot more mud to dig up on Senator Gazelka’s record. Unfortunately for conservative voters, you do not need to dig much to find some. With such a crowded field of candidates seeking the GOP endorsement, it is likely that candidates will begin throwing punches sooner rather than later.