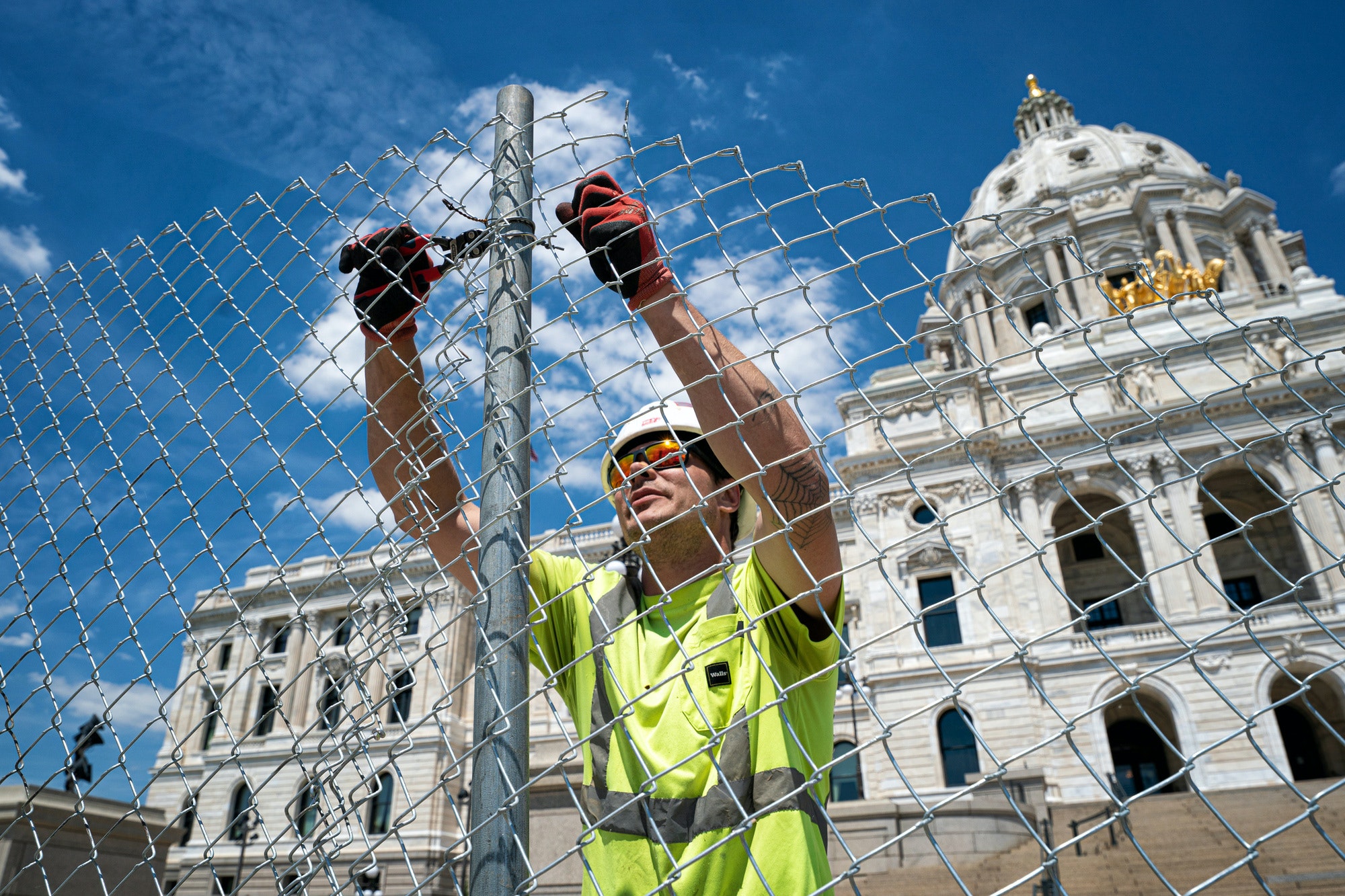 Photo obtained from the StarTribune

The infamous fence surrounding the Minnesota Capitol will be making an unwelcome return. Citing concerns with medical freedom rallies scheduled for next week, the Department of Public Safety will be putting a fence around the Capitol to keep protestors out.

The original Capitol fence was installed following civil unrest in May of 2020 and remained up through June of this year. After barely 3 months of being open to the public, it appears that the Minnesota Capitol will once again be locked down.

Representative Erik Mortensen made a video back in March, calling out the politicians and bureaucrats that allowed this fence to separate them from the public.

WATCH MORT CALL THEM OUT HERE

If these politicians could make it happen, they would not interact with you at all! They do not want to hear your concerns with vaccine mandates! They would rather stay at home and attend legislative sessions via zoom with no pressure from grassroots activists.

Now is the time to make your voice heard. Among the events at the Capitol next week is the “Medical Freedom” rally, which takes place on Saturday, August 28th at noon. This is your opportunity to show up and take a stand against mandatory vaccinations. Even if your politicians refuse to show up to work, they will still see you taking a stand on the news!