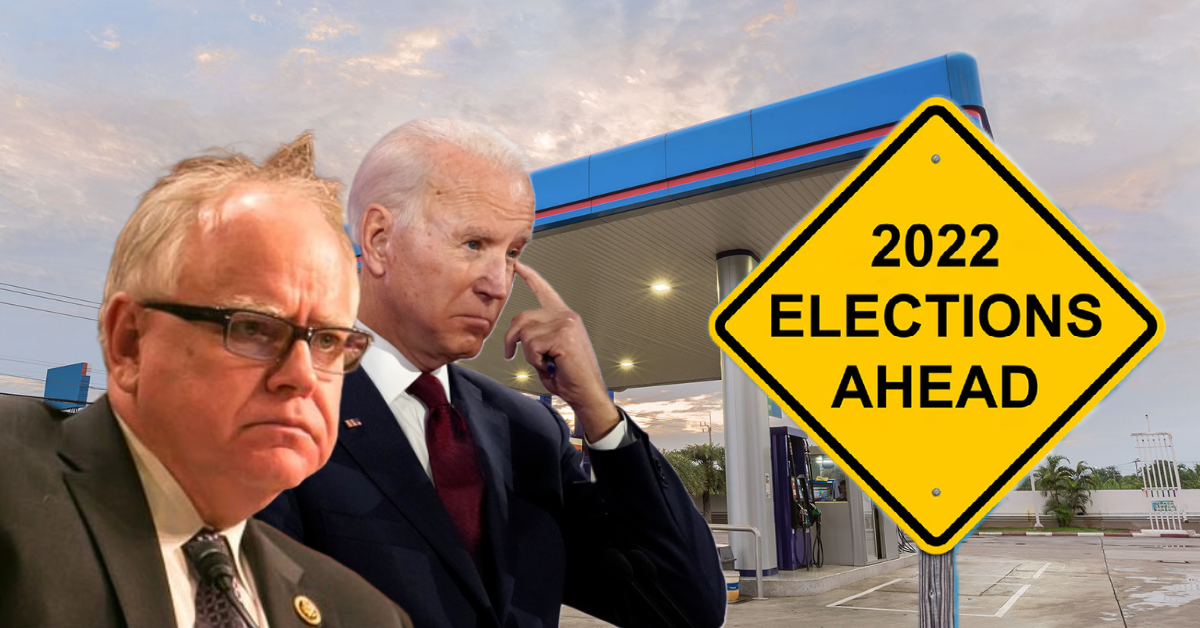 Minnesota voters expressed their frustration with democratic leadership in a poll released by MinnPost last week. While Governor Walz’ approval rating hovers around 50%, he is underwater on the issues most important to Minnesotans. President Biden has an even lower approval rating, which is reported to be 41%.

Inflation and Gas Prices are among the two biggest topics on everyone’s minds, both issues that left-wingers are trying to avoid talking about.

The Federal Government is now in the most debt that it has ever taken on, printing trillions upon trillions of dollars out of thin air. As most economists will tell you, this will lead to large-scale inflation. Meanwhile, Walz and his gang of legislative pals are pushing for energy initiatives aimed at climate change, which are likely to take a toll on oil production and sales.

Instead of talking about these issues, Biden and Walz would rather talk about abortion and gun control. They could not be more out of touch! These issues will not save them from accountability in November, as these poll results show.

The only question remaining is: At what point are Biden and Walz forced to admit their tactics are wrong? Only time will tell.