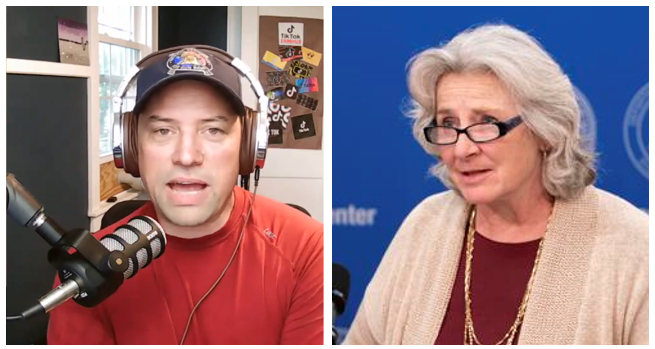 For months, State Representative Jeremy Munson has argued that by moving all executive responses to COVID-19 from Chapter 12 of the state statutes to Chapter 144, Minnesotans would be free of tyrannical edicts from the executive branch. Because this aspect of his proposal is now law, the Minnesota Health Commissioner and the liberal courts are solely responsible for managing COVID-19 responses.

Munson expressed his displeasure with their vote to adjourn, and even goes on to explain why holding the executive branch accountable under Chapter 144 is not feasible unless the Senate remains in session: 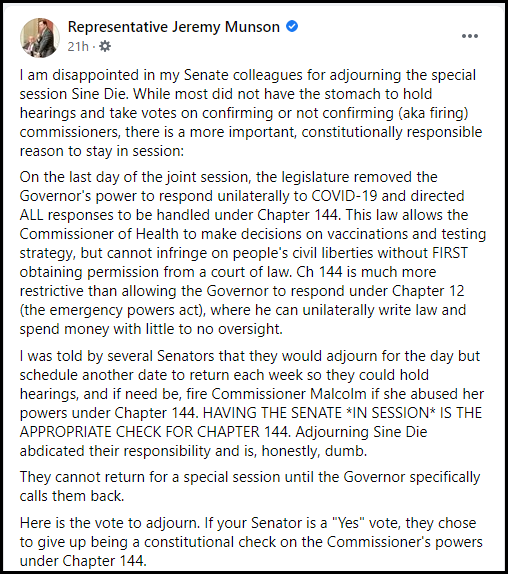 Below is the vote on the motion to adjourn 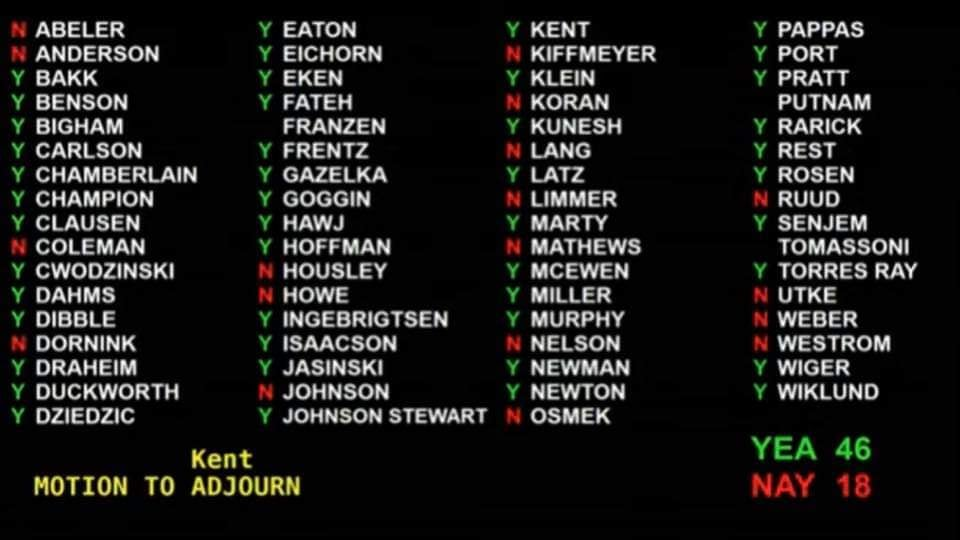 Munson is correct here, but he should not be surprised. Many of these squishy Republicans in the State Senate don’t really care about holding Walz accountable. They just want to collect their paycheck and get out on the campaign trail.

This is exactly why moving COVID-19 responses from Chapter 12 to Chapter 144 is not a solution to executive overreach. Because Minnesota has a part-time legislature, they won't always be in session and cannot gavel-in unless the governor calls for a new special session.

If Mortensen's bill were to become law, the governor would be incentivized to call the legislature back into session to approve a state of emergency. Under Bahr's proposal, the governor OR the health commissioner could declare a temporary emergency without legislative approval. THEN, liberal Ramsey County Judges can create a 30 day health emergency which can be renewed indefinitely.

If Munson and his friends in the New House Republican Caucus are coming to realize that giving Commissioner Malcolm is not a good long-term solution to ending Minnesota’s Constitutional Crisis, then they must do what they can to support Mortensen’s bill and pass it into law next session.