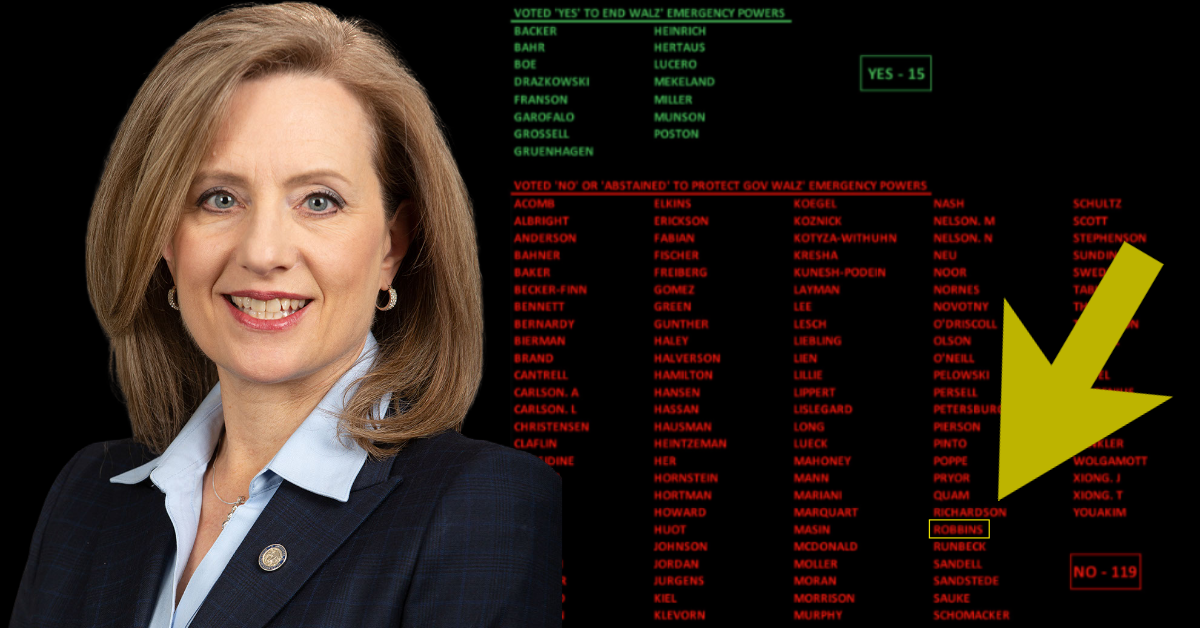 It’s the dawn of a new legislative season in Minnesota, but not much has changed. Despite renewed optimism from activists surrounding the fate of the Governor and his emergency powers, it seems that legislators will continue to march to the same beat of previous sessions. Representative Kristin Robbins (34A) is a notable example of this status quo lawmaking.

In a legislative email sent to constituents on February 4th, Robbins ran through her list of legislative priorities… none of which included the topics of impeaching Tim Walz, eliminating his ability to declare emergency powers, or stopping vaccine mandates. Instead, she harps on her bill which would eliminate an $8 fee for accessing court documents – admirable, but not a priority when business owners like Lisa Hanson are being thrown in jail.

Her inaction should come as no surprise to anyone. Robbins was one of the few legislators who voted to keep Walz’ emergency declaration in place on April 14th of 2020. See the vote below – A red vote keeps Walz’ powers in place. 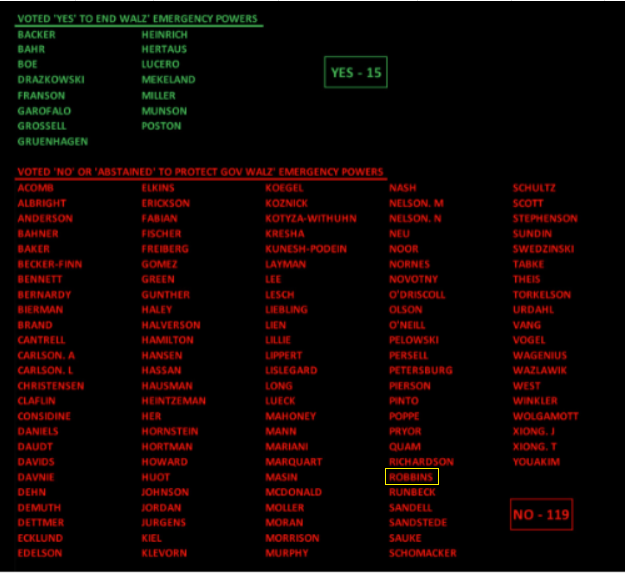 Robbins needs to make up for this bad vote in 2020. Give her a call and demand that she prioritizes efforts like Impeachment to hold Governor Tim Walz accountable.