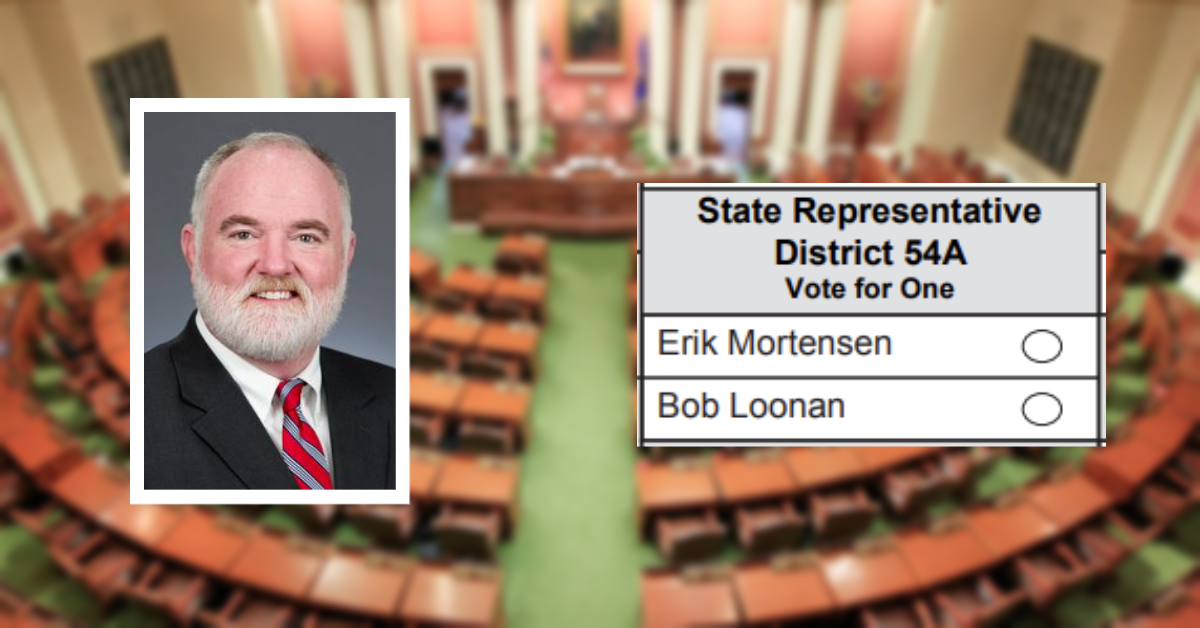 On August 9th, a series of Republican primary contests ensued across the state of Minnesota. Among the notable challenges included former State Representative Bob Loonan’s third attempt to beat Erik Mortensen, this time in the newly drawn district 54A. Loonan lost the primary 45% - 55%.

Loonan has become a controversial figure for Republicans, most recently for violating state law and falsely claiming the Republican Endorsement (neither candidate was endorsed). Mortensen has attacked Loonan in the past for his failure to fight to conservative legislation.

It’s no surprise that Loonan challenged Mortensen for a third time. Mortensen has earned a reputation of defying party leadership in favor of keeping campaign promises. Among his most notable achievements includes forcing a vote on Governor Walz’ emergency powers on his first day in office.

Mortensen's bombastic style has earned the praises from grassroots conservatives, and the ire of career politicians. Loonan represents an old Republican Party that works with Democrats to legislate away the rights of the people.

Mortensen’s third victory against Loonan shows that the people are still firmly in support of Mortensen and his efforts to represent the people.