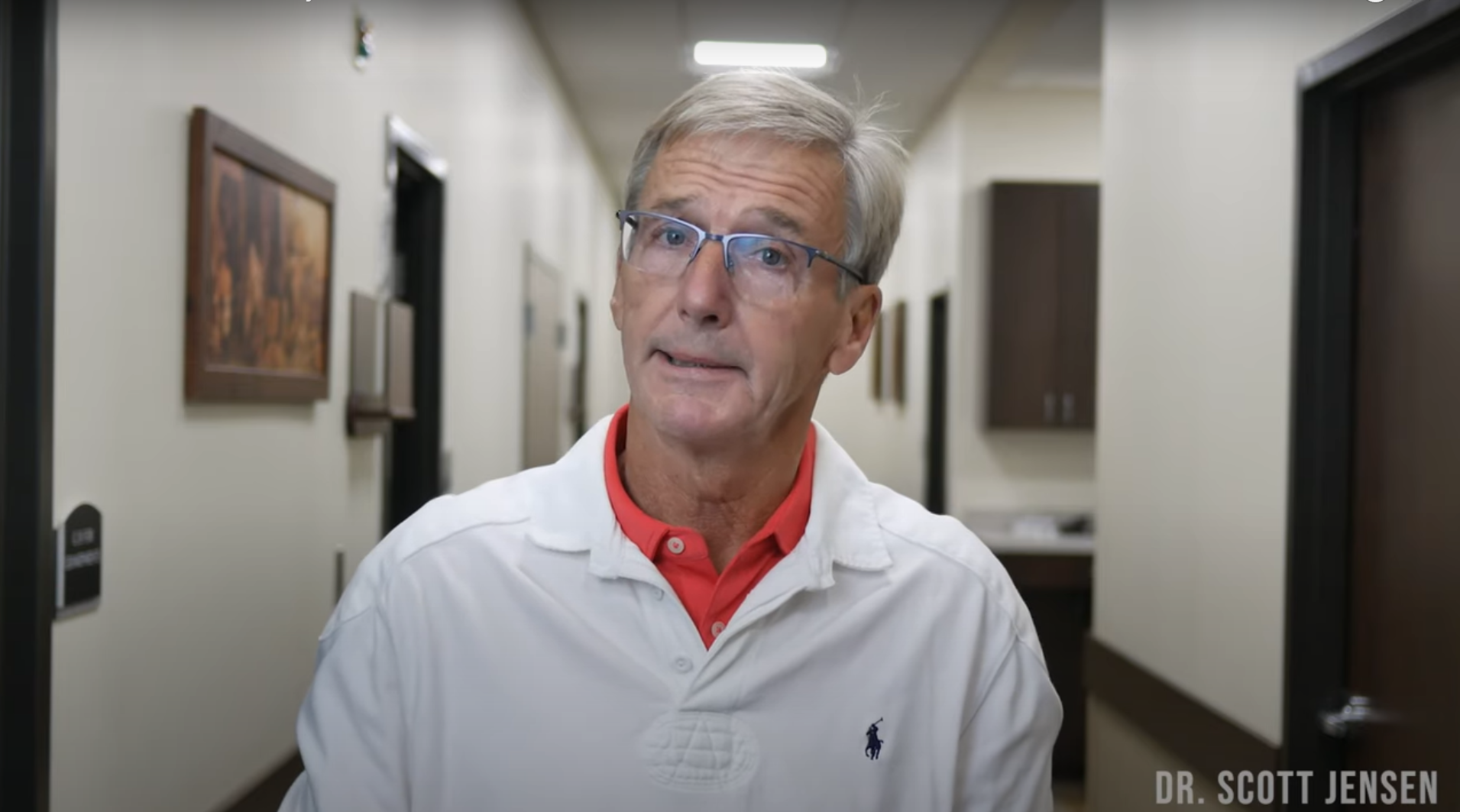 On early Sunday morning, GOP gubernatorial candidate Scott Jensen sent out an email to his supporters, claiming that he has the solution to President Biden’s medical tyranny. Upon further inspection of the bill, however, you’ll realize that claim couldn’t be further from the truth.

Jensen tells his supporters that “Our state must assert itself as a Health Freedom Sanctuary State, where people take responsibility for their own health and are not forced to make medical decisions by the government.”

That all sounds great! However, just like Scott Jensen's campaign pledges over the years, this too is a lie. More on that in a minute.

Now that Biden's illegal and unconstitutional edicts have animated freedom lovers across Minnesota, these legislators had to put out SOMETHING in response.

Nobody would be complaining if this establishment legislation actually does what they claim it does. Unfortunately, it is not the great piece of legislation that Scott Jensen claims it is.

Jensen is a Career Politician who has been in and out of elective office for decades, now running for governor. He has made a big effort to distance himself from the establishment throughout his campaign, so aligning himself with several career politicians now comes across as odd. It seems his natural reflexes are taking over things.

Why would Scott Jensen have his swampy friends in the Minnesota House introduce this legislation when Representative Erik Mortensen (Mort) has already laid out a plan to Stop Vaccine Mandates?

Mort has publicized his solution to Vaccine Mandates for weeks now. He has prepared an amendment to be heard at the upcoming special session which would:

Meanwhile, this cover bill pushed by Jensen and company isn't even centered around this upcoming Special Session. People are losing their jobs daily and they say NOTHING about having this as a part of the Special Session. Jensen's bill would not be heard until at least 2022!

And then there is the bill language itself.

Nowhere in Jensen’s proposal does he nullify President Biden’s executive Vaccine Mandate! This cover bill would stop Governor Walz from implementing Vaccine Mandates, but does nothing to stop the CURRENT mandate coming from the White House!

Don't take my word for it, CLICK HERE to check out the language for yourself!

Mortensen pointed out the cover-bill’s shortcomings in a Facebook video this weekend (Take a watch, it's a must see). He points out the key differences between his 'Stop Vaccine Mandates'  amendment, and Jensen’s NON-sanctuary cover bill.

For those that are unfamiliar with a "cover bill", Rep. Mortensen lays it out in this video.

Clearly, Scott Jensen and his politician buddies introduced this legislation as political cover for legislators who were getting an earful from their constituents. These politicians did not want to support Mortensen's amendment because he doesn't sit at the cool kids table. So instead, they stole his homework and failed in properly copying it.

If they copied Mort's homework correctly, it would not be such a big deal! However, because this bill does not deal with President Biden's mandates AND won't be dealt with until next year, it receives a failing grade from conservative activists.

Call your legislators, and tell them to support Mortensen's Stop Vaccine Mandates amendment!