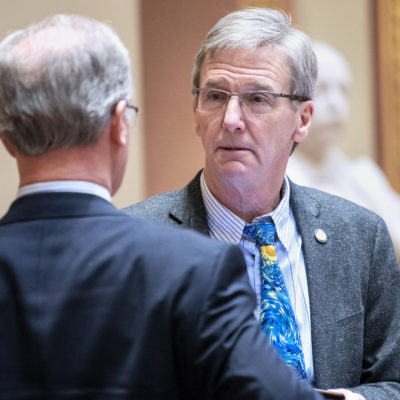 As you know all too well by now, politicians on both sides of the aisle talk like they have the solution to all of our problems. These politicians will shrug off efforts by long-time activists for the sake of their own political gain. In Minnesota, this couldn’t be more true with Gubernatorial Candidate, Scott Jensen.

On Monday morning, Jensen’s campaign staff sent out an email declaring that his health freedom non-sanctuary state proposal was the only path forward. 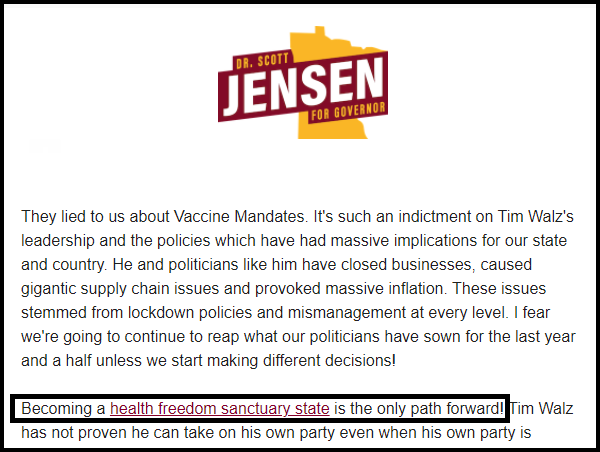 What a slap in the face to activists who have been working on stopping Walz from the beginning!

You see, North Star Liberty Alliance members have been begging Scott Jensen for months now to get behind The Never Again Bill, The Stop Vaccine Mandates Amendment, and Articles of Impeachment against Governor Walz. Scott Jensen has refused to promote all three initiatives.

Representative Erik Mortensen’s Never Again bill -- HF2204 -- is the only proposal on the table for eliminating the governor’s powers. All other proposals only tinker with the governor's powers. Below are the provisions of Mortensen’s legislative proposal:

Our friends over at Action 4 Liberty sent the pledge out to all candidates for governor, which states that they will make the Never Again Bill their first priority upon entering office. 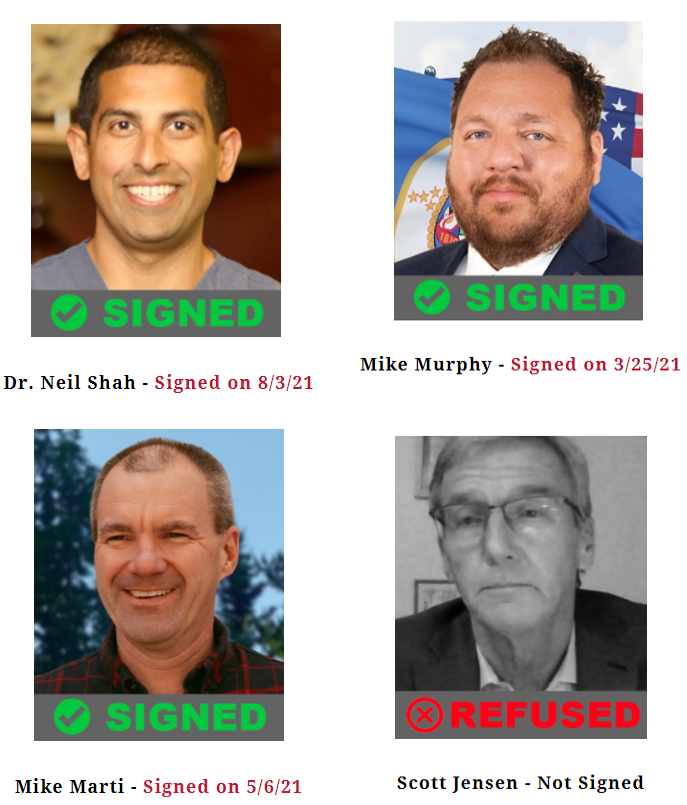 Scott Jensen then went and refused to support or even acknowledge the popular Stop Vaccine Mandates Amendment. Instead, he introduced his own controversial proposal in conjunction with career politicians in St. Paul.

Scott Jensen would rather craft his own watered down legislation and split activist efforts in the name of boosting his campaign. Don't just take my word for it, take a look at the glaring issues with his proposal at the link below.

Of course, no long-time liberty-activists should be surprised by Jensen’s refusal to sign on to the “Never Again” pledge. He broke the last pledge that he signed!

Minnesotans cannot wait until November 2022 for the opportunity to replace Walz. He must be Impeached and removed from office NOW! Sign the petition to Impeach and Remove Walz!