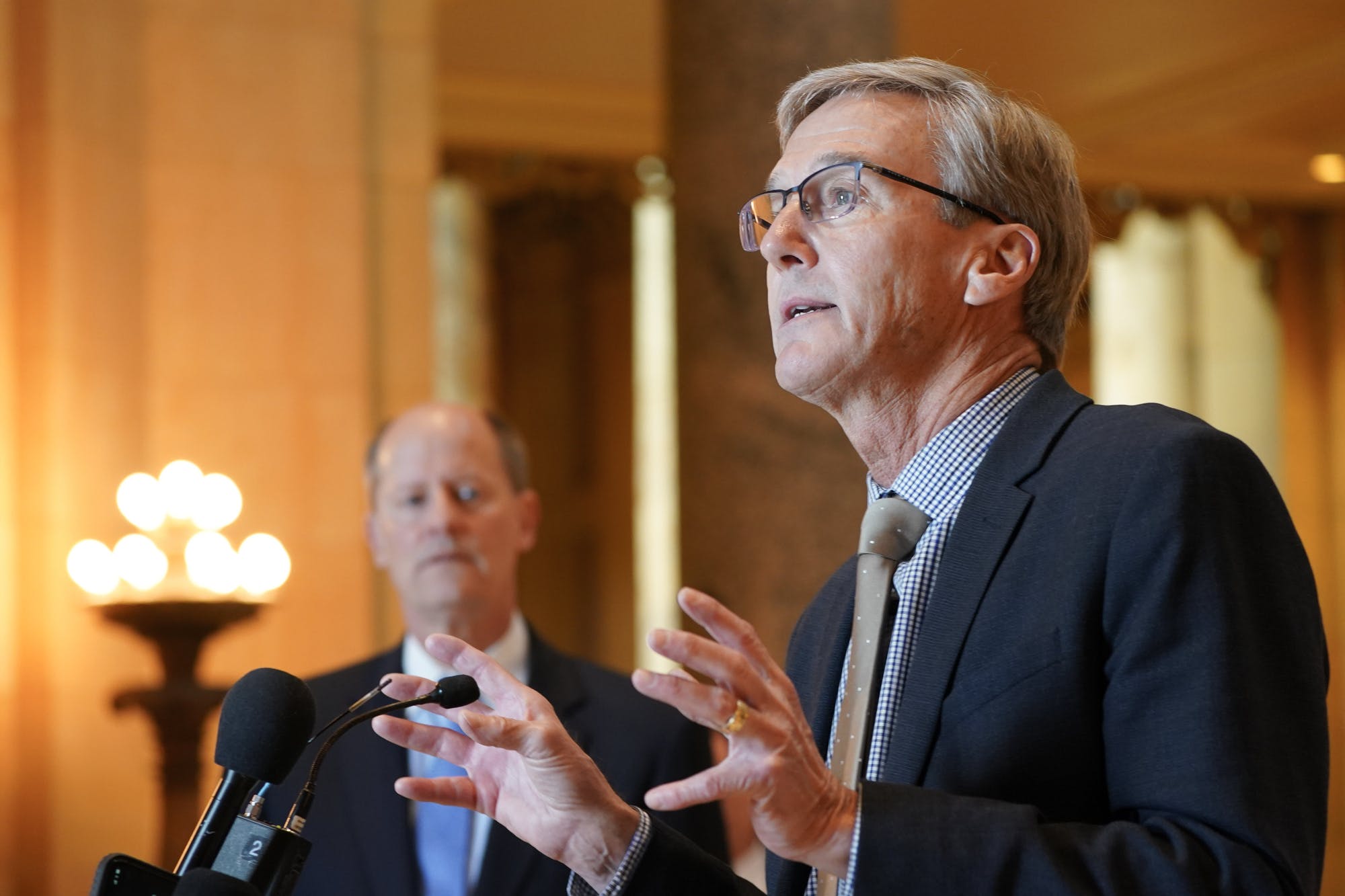 In late 2019, Minnesota was set to eliminate the infamous sick tax, which taxed health care providers and drove your healthcare costs up! This tax funds some of Minnesota’s worst programs like MinnesotaCare and could soon fund Walz' government takeover of healthcare. The provision was set to expire and with a Republican State Senate, it was looking like it would not be renewed…

That is, until Senator Scott Jensen came along.

If you’re not familiar with Minnesota’s sick tax and Scott Jensen’s bad record in the state senate, let me provide some context. The sick tax is a 2% tax which primarily took money from healthcare providers, hospitals, surgical centers, and wholesale drug distributors. Instead of outright repealing the legislation when they could, legislators instead passed a sunset provision for the tax in 2011. The tax was set to expire on January 1st, 2020. Instead of letting it expire, Republicans celebrate the passage of a new tax rate at 1.8% instead of the initial 2%.

That tax rate is nothing to scoff at. In 2015, the Minnesota Management and Budget (MMB) predicted that the sick tax would rake in $611 million in taxpayer dollars, with a 5.8 percent annual growth in its revenue over the next five years.

Jensen is among the Senators who INTRODUCED the new sick tax and helped his DFL colleagues push it over the finish line. In a narrowly divided State Senate, Republican Scott Jensen’s vote had a lot of sway, and he ultimately brought some of his Republican friends on board.

On the subject of re upping the Sick Tax, Jensen happily notes that... “Finding bipartisan solutions like this is why I ran for office.”. Bipartisan solutions sound nice on paper, but always disappoint when you read into what “bipartisan” means for Minnesota Republicans: Paying lip service to a conservative cause and then giving the DFL everything they asked for.

Because DFLers controlled the state house and the governor’s mansion, they had a slight edge in budget negotiations. However, Republicans in the senate still had a majority. If legislators like Scott Jensen stood firm on the principles that they were elected on, they wouldn’t have needed to allow for a “compromise” like keeping the sick tax.

Though the main point of this tax is to fund healthcare programs like MinnesotaCare, a lot of that money also goes toward the general fund. This is the same general fund that DFLers are using as a piggy bank for their expensive and dangerous socialist programs. Among these is OneCare, a complete government takeover of healthcare in Minnesota at the taxpayer's expense. The dollars are there to spend because Senator Jensen compromised.

Scott Jensen helped further the left’s radical agenda, rather than “conserving” much of anything that voters hoped he would (Don’t forget that Senator Jensen co-sponsored gun control legislation). Now, he’s running for Governor of Minnesota to replace Walz.

Despite how he attempts to present himself, Scott Jensen is nothing but your typical politician. Campaigning to and winning a conservative state senate district, just to turn around and vote with the far-left. Will he be able to convince the conservative delegates at the GOP State Convention that he is the best option for governor?