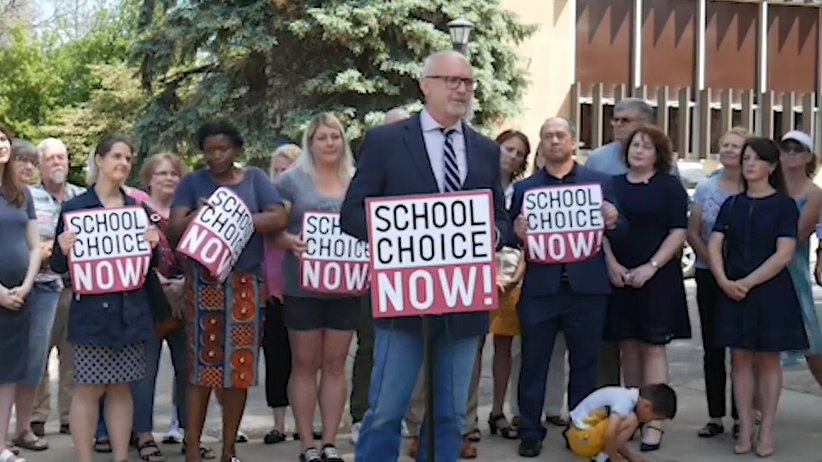 Above: Senator Roger Chamberlain showing his support for school choice on June 4th.

Proponents of school choice in Minnesota were let down by Senate Republicans on Tuesday. Senator Roger Chamberlain, the chair of the Senate E-12 Education Committee, announced that they have dropped their school voucher proposal as part of the Education Omnibus bill.

The initial vouchers proposal would take a portion of tax dollars and put them into a fund that's directly available for parents to use for private school tuition. This would have given parents real choice when it comes to schooling for their children. Sadly, Roger Chamberlain and Senate Republicans gave up on it.

According to the Minnesota Reformer, Senator Chamberlain was “...very happy with the way this bill came out”. This is despite compromising on the principles that his voters care so deeply about. This “compromise” of an education bill is a complete disappointment.

What will Chamberlain say to the people of his district? How can he stand in front of a group of school choice advocates and promise private school vouchers, only to turn around and drop the proposal all together. Senate Republicans had leverage on this bill, and they completely forfeited it.

Call Roger Chamberlain NOW and tell him what you think of his disappointing education bill!