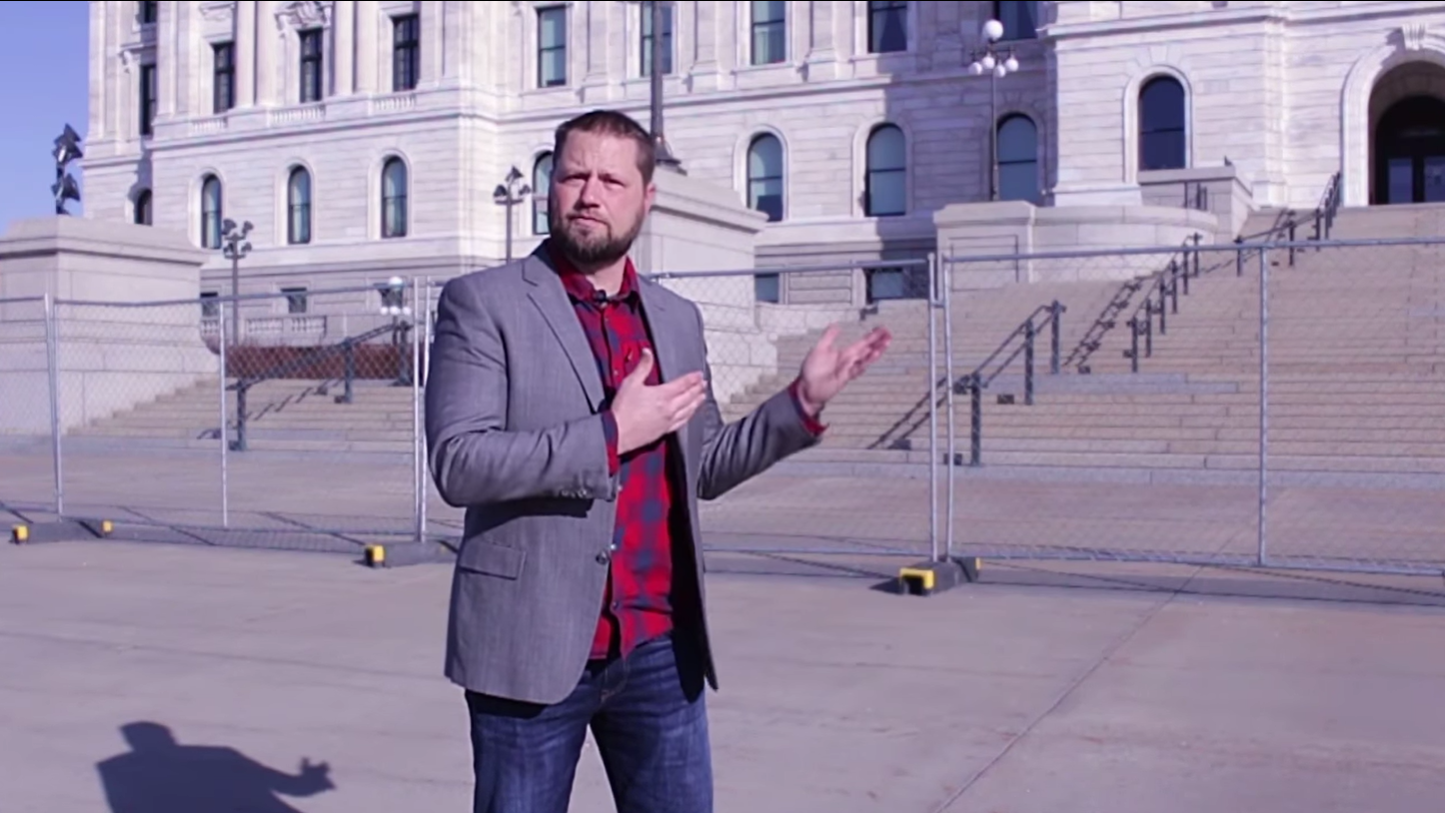 In a video released on March 12th, Representative Erik Mortensen explains that taxpayers in Minnesota have been BARRED from entering the State Capitol. Mortensen says that he reached out to the Sergeant of Arms, who claims that the fence surrounding Capitol grounds will remain “indefinitely”.

Check Out His Video Here.

This exercise in suppression of citizen participation in government has been going on for over 10 months. When Mortensen heads inside the Capitol, he finds that Governor Walz didn’t bother to show up for work.

This is a slap in the face to Minnesotans who wish for their voices to be heard. For more than a year now, this state has been under the control of one man who refuses to give up his “emergency powers”. Ordinarily, citizens would be able to call their state representative’s office and be able to air their grievances to their elected officials. Now, nobody answers the phone.

When Mortensen ventured over to the State Office Building, he was greeted with empty hallways and empty offices.

Mortensen explains that he along with a few of his fellow New House Republican Caucus members ARE showing up to work, and hearing the concerns of their constituents. He explains that if you reach out to a member of their staff, you WILL get a response.

It’s beyond clear that your elected officials do not take their jobs seriously. Yet, they still get their regular paychecks. What can they say to the small business owners that have forgone their paychecks just to keep their business open?

All of this bad behavior is being encouraged by Governor Walz. He is perfectly fine with a lack of citizen participation in the legislature because it allows him to keep his job-killing emergency powers. It’s time that your representatives stood up to politically fight back.

If you agree, then sign the petition to impeach Governor Walz IMMEDIATELY. We have already sent the first round of impeachment petitions to legislators around the state. We will be delivering our second round of petition signatures soon!

Make sure that your representative will co-sponsor the petition to impeach Walz, and sign on to the petition now.