Tax Raising Andrew Myers refused to fill out your North Star Liberty Alliance Survey below here pledging to never raise your taxes and he has raised taxes for years as a city council member. Call him at 763-913-4554 and tell him to apologize to taxpayers. 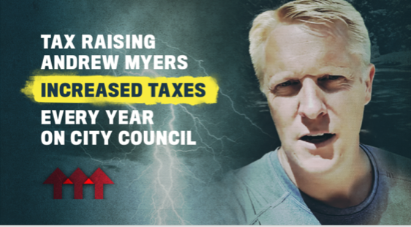 For each question, please indicate “Yes” or “No,” or answer “Sponsor,” “Co-sponsor” or “No” for those reply options.