The Impeachment Pressure Is On!

The Impeachment Pressure Is On! 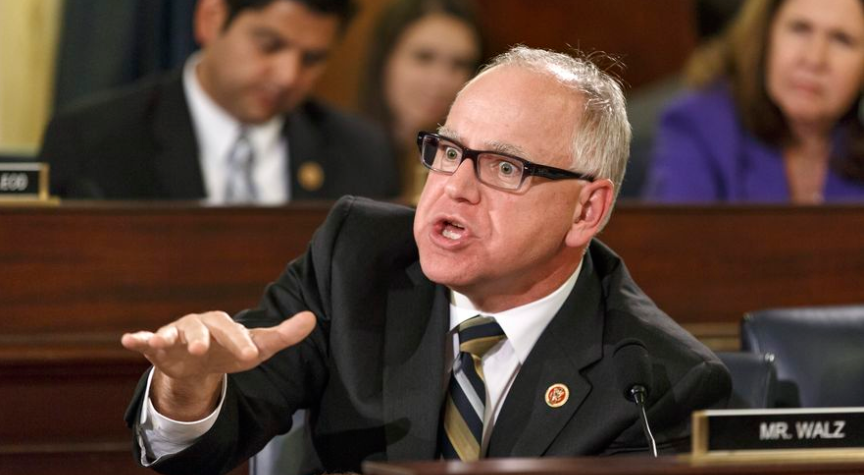 For the last few months, the North Star Liberty Alliance (NSLA) has been informing the people of Minnesota on the efforts to impeach and remove Governor Walz from office. Establishment hacks told NSLA from day one that it could never happen.

Then, Representative Erik Mortensen launched Articles of Impeachment against Tyrant Tim Walz, and people took notice. After NSLA gathered tens of thousands of pro-impeachment petition signatures and delivered them to representatives around the state, RINOs and the establishment realized that they couldn’t ignore the issue any longer.

Conservative Fakers like Representative Eric Lucero will pay lip service to holding Walz accountable, but turn around and refuse to sign on to Mortnesen’s Impeachment resolution! Here is a digital advertisement that NSLA is running on Lucero, in an effort to get him on board: 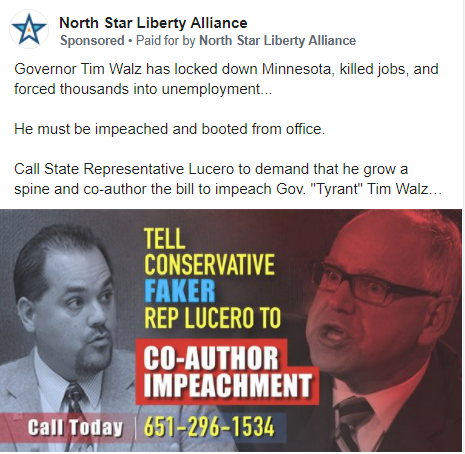 Lucero is hardly the only representative who refuses to sign on. Starting next week, the North Star Liberty Alliance will be revealing the next wave of pressure ads against legislators who refuse to hold Walz accountable.

Unfortunately, these ads do not run themselves! NSLA needs the resources from the grassroots army to maximize the pressure campaign.

Help expand our reach by giving to the North Star Liberty Alliance. Give $50, $25, $10, or whatever you can afford at the moment to help make Impeachment happen!

When you sign up to write to your local paper, NSLA staff will reach out to you and help you create and send a draft! This is among the best ways to help for the cause of impeachment.

Then, send this article to everyone you know! North Star Liberty Alliance is doing our best to promote the cause, but we cannot win without grassroots patriots like you.