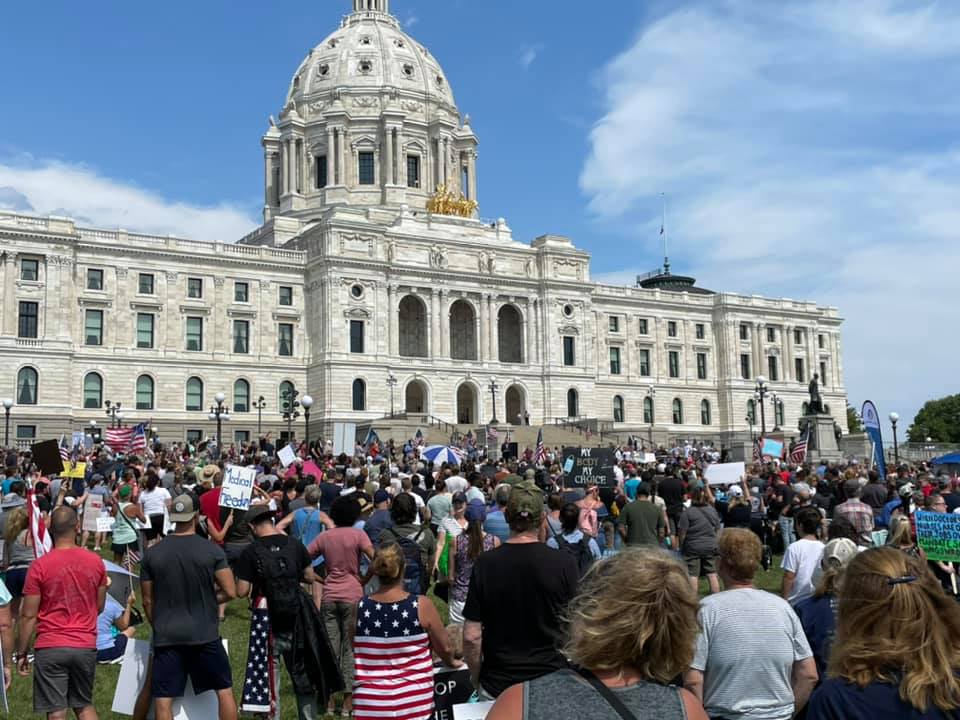 Power-hungry politicians are demanding that you recieve your “License to Live” by means of a Vaccine Passport. If you do not provide proof of vaccination on demand, you could be denied basic goods and services and even lose your job.

On Saturday, thousands of protestors took to the Capitol lawn to protest the growing implementation of these Licenses to Live across the state of Minnesota.

Speakers and attendees told heart-wrenching stories of threatened livelihoods due to more and more employers requiring inoculation against the will of their hardworking employees. This has become all too common in the healthcare field, where nurses who were last year’s heroes have become this year’s “villains”.

Though speakers like Representative Eric Lucero and Representative Marion O’Neill talked a big game against vaccine mandates, it did not seem like they had a solid plan to defeat them in Minnesota.

Representative Erik Mortensen has taken large strides towards presenting an amendment that bans vaccine mandates at the special legislative session in September.

His amendment would not only nullify local attempts to mandate vaccines, but also cancel out any attempts made by the Biden administration as well. This proposal has gained steam among medical freedom advocates across Minnesota.

For reasons unknown to their constituents, legislators are ignoring Mortensen’s efforts.

It seems like legislators are trying to ride the growing popularity for medical freedom in Minnesota, without actually taking the steps needed to protect it.

Call your state representative and state senator NOW and tell them to pledge their support for Representative Mortensen’s vaccine mandates ban amendment.